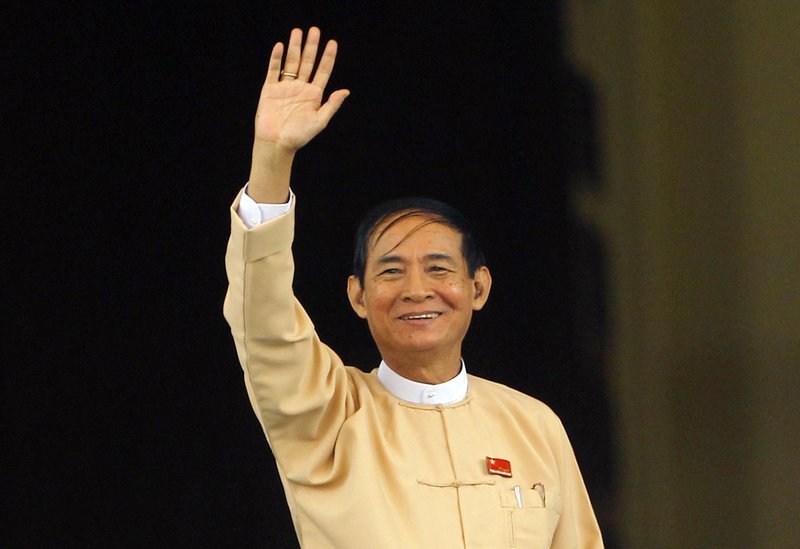 NAYPYITAW, Burma -- Burma's parliament on Wednesday elected as the country's new president a longtime loyalist of Aung San Suu Kyi who is expected to carry on his predecessor's practice of deferring to her as her nation's de facto leader.

The election of Win Myint comes as Suu Kyi's civilian government has struggled to implement peace and national reconciliation, with the powerful military still embroiled in combat with ethnic rebels and under heavy international criticism for its brutal counterinsurgency campaign against the Muslim Rohingya minority.

Burma's military ruled the country for a half-century during which it was accused of widespread abuses before partially handing power to a civilian government in 2016. It remains in charge of security matters and still faces accusations of rights abuses.

"I will try my best to the greatest degree I have and carry out my civic duties as best I can," the newly elected president told reporters as he left parliament after the vote.

Like his predecessor, Htin Kyaw, who retired last week for health reasons, Win Myint, 66, is a longtime Suu Kyi loyalist and a stalwart member of her National League for Democracy party, an affiliation that earned him a brief spell as a political prisoner more than two decades ago under the previous military government.

When Suu Kyi's government was installed in 2016, she explained that she would be "above the president," a situation amenable to both the president and the public.

The job of state counsellor was created especially for Suu Kyi because she is constitutionally banned from the presidency. A clause in the 2008 military-drafted constitution bars anyone with a foreign spouse or child from holding the job. It clearly targeted Suu Kyi, whose two sons are British, as was her late husband.

Burma's president is elected by a joint sitting of the two houses of parliament from among the country's three vice presidents, representing the lower house, the upper house and the military. Under the constitution, the military holds special privileges in the country's administration, including a 25 percent share of parliamentary seats and the three security portfolios in the Cabinet.

The National League for Democracy's landslide election victory in late 2015 gave it large majorities in both houses.

Having been both a member of the party's Central Executive Committee and speaker of the lower house for two years shows Win Myint holds the skills to be president, said Win Zaw, a lower house lawmaker from the party.

"We hope that he will do great work as the president, and I am sure he will use his power to do the best he can for the country," he said.

Win Myint, who resigned as speaker of the lower house last week, was a successful parliamentary candidate in the 1990 general election, which was invalidated by the military, denying him his seat. He was elected in 2012 and again in 2015.

Born in the Irrawaddy Delta in 1951, Win Myint won his degree in geology in Rangoon and became a lawyer in the 1980s. His involvement with the National League for Democracy began when it was established during the failed anti-military uprising of 1988, which led to his brief term in prison. In 2010, he became a member of the Central Executive Committee of Suu Kyi's party.

Khin Zaw Win, director of the Tampadipa Institute, a policy advocacy group, questioned whether Win Myint's fealty to Suu Kyi was an asset.

"To those who are asking, he will be forever Aung San Suu Kyi's henchman," he said. "I don't expect much change in the presidency, unless Win Myint puts the country's interests before Aung San Suu Kyi's and that of the military."