The best from Tribeca film festival 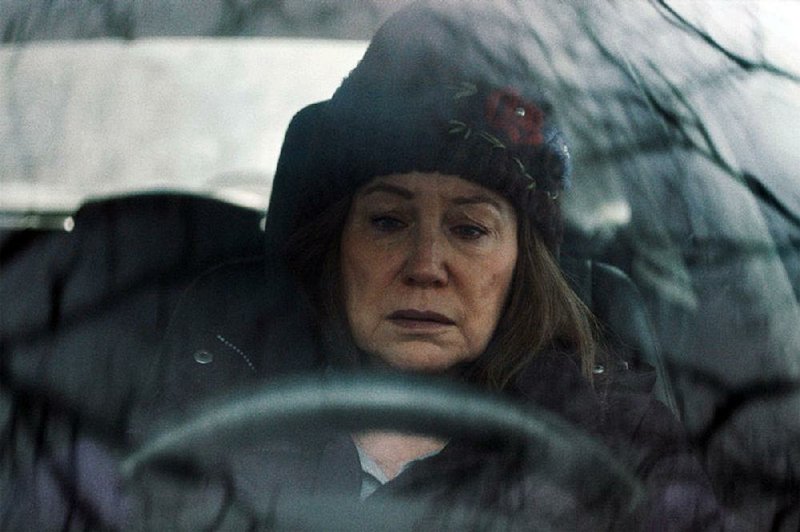 Mary Kay Place stars as the 70-something title character in Diane , which was the big winner at this year’s Tribeca Film Festival, capturing best narrative feature, cinematography and screenwriting awards.

Relationships -- good, bad and complicated -- were a hot topic at this year's Tribeca Film Festival.

"It is rewarding to honor films that tell important stories and moved our juries in profound way," commented Jane Rosenthal, CEO, executive chairman, and co-founder of the festival. "Whether they excite, incite, inspire or simply entertain, it is a privilege to launch this worthy group at Tribeca."

Keep an eye out for the eventual theatrical and DVD releases of these notable films from this year's event, which ended April 29:

Smuggling Hendrix, a quirky story of Yiannis (Adam Bousdoukos), a Greek Cypriot and failed musician whose plan to leave his embattled homeland is thwarted when his adorable dog Jimi bolts across the U.N. buffer zone and into the occupied Turkish side, was awarded Best International Narrative Feature. Written and directed by Marios Piperides. With Vicky Papadopoulou, Ozgur Karadeniz.

Island of the Hungry Ghosts, winner of the festival's Best Documentary Feature juried competition, concerns a high-security detention facility in the jungles of Christmas Island in the Indian Ocean, where asylum seekers wait and wait and wait to find out if they can continue their intended journey to Australia. Directed by Gabrielle Brady.

The Nora Ephron Award went to writer/director Nia DaCosta for Little Woods, a quiet, unsettling modern Western tale of drug abuse, social welfare and how the ill-prepared cope with the legal and welfare systems. It features Tessa Thompson as Oleander, who's nearing the end of punishment for illegally running prescription drugs over the Canadian border into North Dakota when circumstances and family complications force her to make desperate decisions.

Other standouts this year include:

The Seagull -- Antov Chekhov's famous (and often drearily-staged) play about friends and family who spend a squabbling weekend in the Russian countryside gets a refreshing spark of humor through a rewrite by Stephen Karam and director Michael Mayer, who describes the film as a dark Valentine to the theater. "Chekhov wrote characters that were human beings with foibles, neither heroes or villains," he told the audience at the film's premiere. With Saoirse Ronan, Annette Bening, Elisabeth Moss (darkly funny) and Corey Stoll -- described by the director as "a perfect cast."

Egg -- A tightly wound interplay between former college friends now in their 30s -- one wealthy, conservative, and pregnant and the other a brazenly free-spirited artist living a bohemian lifestyle -- starts out riddled with cliches, which sneakily sets up the unsuspecting viewer for a brutal battle of wills that will remind some of the knife-edged exchanges in Who's Afraid of Virginia Woolf? It's screening at 6:30 p.m. today at the Apple Blossom Theatre during the Bentonville Film festival.

The Fourth Estate -- The festival's closing night documentary from Liz Garbus, who enjoyed extensive access to her subjects, tracks the journey of journalists at The New York Times during the tumultuous first year of Donald Trump's presidency. It's the first of four 90-minute episodes that will air on Showtime beginning May 27.

Horses: Patti Smith and Her Band -- a short (44-minute), pitch-perfect concert documentary by Steven Sebring focuses on the 40th-anniversary tour of Patti Smith performing her seminal debut album Horses in its entirety in 2016 at the Wiltern in Los Angeles. The film's premiere on April 23 at the magnificent Beacon Theater on the Upper West Side was followed by an exuberant performance by Smith and her band, which included draw-dropping onstage additions of Bruce Springsteen (who contributed vocals and guitar to a fine performance of "Because the Night," which he co-wrote with Smith in 1978) along with Michael Stipe of REM.

McQueen -- A tautly focused and well researched documentary, replete with archival footage, friends and family, on fashion designer Alexander McQueen, a creative marvel who took his life in 2010 at the age of 40. Directed by Ian Bonhote and Peter Ettedgui.

Yellow Is Forbidden -- Another fashion focus, this odd documentary concerns Chinese couturier Guo Pei, a collector of stuffed bears (she has 400) and kaleidoscopes who blew up when Rihanna wore her outrageously elaborate gold-embroidered creation with a 16-foot-long train to the 2015 Metropolitan Museum of Art's annual Costume Institute gala. The title derives from Guo being told as a child that the color yellow was reserved for China's emperor and could not be worn by commoners. Directed by Pietra Brettkelly.

Time for Ilhan -- This is the sort of documentary that might not sound relevant but turns out to be fascinating and meticulously detailed. It follows Ilhan Omar, a charismatic Somali-American woman in Minneapolis who's running for state representative, which would make her the first Somali-American Muslim legislator elected to office in the United States. Directed by Norah Shapiro.

For more information on all of the films in the 2018 Tribeca Film Festival visit tribecafilm.com/festival.