Hilary Clinton to give Class Day address at Yale 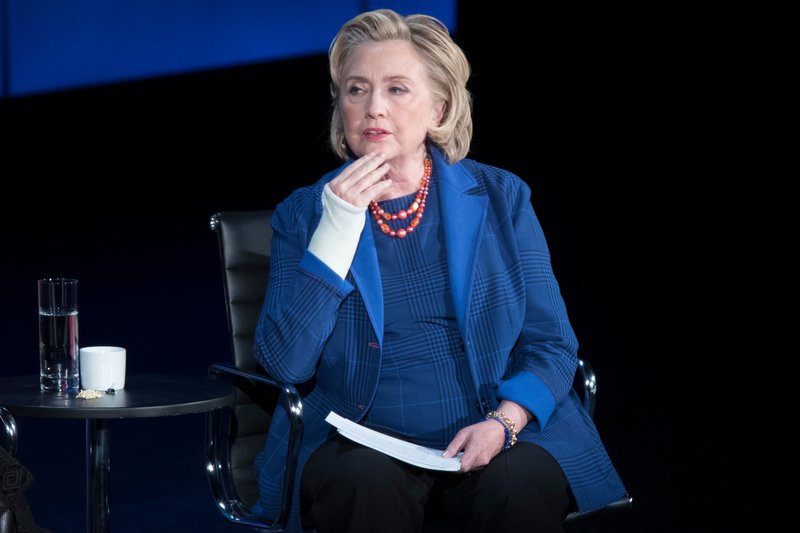 FILE - In this April 13, 2018 file photo, Hillary Clinton speaks during the ninth annual Women in the World Summit in New York. Clinton says press rights and free speech are &#x201c;under open assault&#x201d; under Donald Trump, and has likened his administration to an authoritarian regime. In a lecture on freedom of speech Sunday, April 22, the former secretary of state minced no words as she decried what she called &#x201c;an all-out war on truth, facts and reason.&#x201d; (AP Photo/Mary Altaffer, File)

NEW HAVEN, Conn. — Hillary Clinton is returning to Yale University, where she received a law degree, to give this year's Class Day speech.

Class Day is celebrated at Yale on Sunday the day before degrees are handed out. It includes the awarding of academic, artistic, and athletic prizes and the major address of commencement weekend.

It also includes such traditions as the planting of the class ivy, awarding top academic and athletic prizes to students, and the singing of Yale's, "Bright College Years," while waving a white handkerchief.

The former first lady, secretary of state, New York senator and 2016 Democratic nominee for president, graduated from Yale Law School in 1973. It was where she met her husband. Yale has not said if former President Bill Clinton will attend his wife's speech.