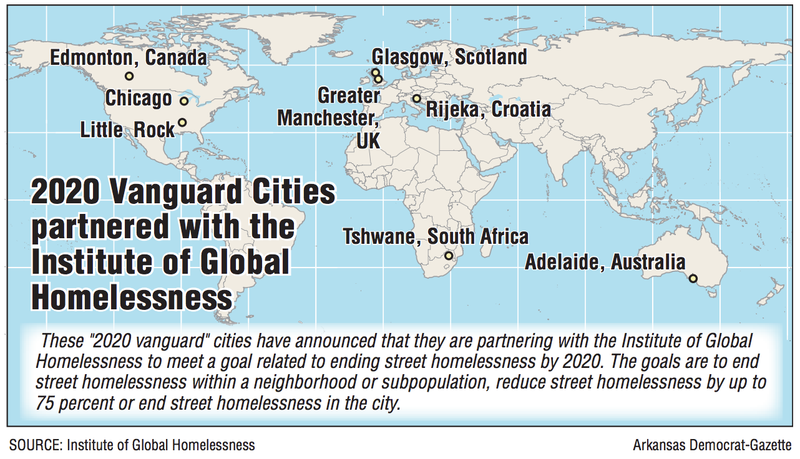 “They’re a resource,” city manager Bruce Moore said. “This is the work they do every day.”

Moore and city director Capi Peck, Ward 4, went to Chicago to meet with institute leaders in the spring.

At a morning meeting with service providers and city officials, representatives from the institute outlined plans to achieve the goal. The first step will be to count the homeless in the city.

After that, a steering committee that has not yet been selected will examine what work is being done in Little Rock and why people become homeless in the city and try to divert people away from homelessness.

The 2017 census of the homeless in the Little Rock metropolitan area showed that there were about 990 homeless people in Lonoke, Prairie, Pulaski and Saline counties. Just over half of those did not have regular shelter.

Dame Louise Casey, the advisory committee chairwoman at the institute, said the eventual goal is to end homelessness overall.

“You in Little Rock now carry a responsibility not only to Little Rock, but to your country and the rest of the world,” Casey said of the partnership.