Jennifer Love Hewitt back on TV after life break 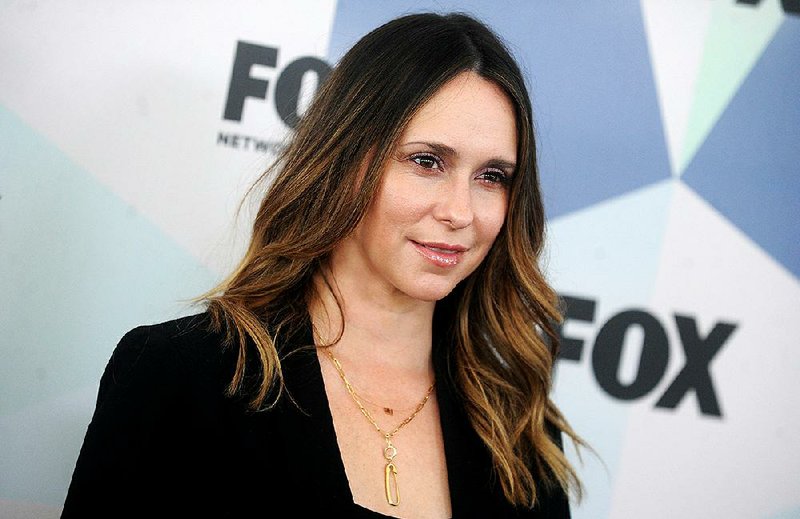 If Jennifer Love Hewitt ever needed a job to fall back on, taking calls as a 911 dispatcher would not be high on the list.

"I'd be such a nervous nelly," Hewitt insists. "I'd panic. I'd be the worst 911 operator. What they do is amazing. The pressure they are under and their ability to stay calm so that they can get someone the help they need is incredible."

Hewitt's own inabilities aside, the actress can at least play the part. This season, she has joined Fox's hit drama 9-1-1 as Maddie, the sister of firefighter Evan "Buck" Buckley (Oliver Stark). Her character becomes a 911 dispatcher to restart her life after leaving an abusive relationship.

The role marks Hewitt's return to TV after nearly three years away -- an intentional break motivated by the birth of her second child, Atticus, now 3 (her daughter, Autumn, will be 5 in November) and grief over her mother's 2012 death.

9-1-1 also returns Hewitt to Fox almost two decades after her breakthrough role in Party of Five and its spinoff, Time of Your Life.

Q: What prompted your acting break and did living life off camera enhance your work?

A: I needed to take some time for myself and to grieve my mother. I needed to become a new mom; I needed to learn how to be a wife. I've really enjoyed the break, and I feel like now, having gone back into acting, it's really done a beautiful thing for me in that it's made everything that I do in my acting/entertainment life not less important but less like, "It's everything all the time," like it used to be.

I also feel like I have new things to pull from as an actress. I think it's so odd as actors that we, especially kid actors, which I was, we're expected to pull from all these life experiences that so many of us haven't had. ... I feel like I acted for a lot of years from my heart but not really, truly understanding some of the things that I understand now.

Q: As a young actor, was taking a break even something you could have fathomed?

Q: The death of a loved one can sometimes prompt people to be more fearless; for others, it can cause them to retreat. How did it weigh on you?

A: I went into a very fearful place. I started getting a lot of anxiety, and I've had anxiety since (my mom) passed. It's still something that I deal with on a daily basis. I try not to give it to my kids. But yeah, it's been really hard for me.

I think, initially, I went into survival mode. I knew that I couldn't sit indoors and just grieve her. I needed to change my surroundings, so I moved. I got rid of some stuff. I just needed a change. I traveled a little bit -- she loved to travel. That wasn't something that I had done before. I did some things that I was afraid of. But "Phase Two," for me, I was real afraid. I remember every time the phone would ring, I'd be like, "Oh, my God, someone else ..."

I lost my grandmother a little less than a year after my mom, so that was hard. She was the other significant female in my life. But when my daughter came around, and I got pregnant, this really beautiful thing happened where I went, "Oh, but there's life too!" ... And so I just tried to move forward.

Q: What's it like knowing that Party of Five has reached reboot status? And what are your thoughts on Freeform's plans to remake it as a story about immigration?

A: It doesn't surprise me that they would do something so smart and lovely with that show. It's going to be great. But it does, for a second, make me go: "Oh, God, I'm old enough that something is being rebooted." But I'm actually really excited to see it.

Q: You posted an Instagram story apologizing for your appearance at the network upfronts, where you were promoting 9-1-1. As someone who has had their body commented on since you were a teenager, has it become reflex to get ahead of the scrutiny?

A: The wonderful thing about Instagram is that it allows you to have a voice in places where you wouldn't normally have a voice. The upfronts for me was such a dizzying, crazy experience.

That morning, we do my hair and it looks great at the hotel and my makeup looked great. But by the time I got to the venue, I was melting. I had mascara underneath my eyes. Normally in my life I would never feel the need to comment on it, but I know people. It's just the world that we live and so I was like, "You know what, instead of reading a bunch of stuff that's going to hurt my feelings in two days, I'm just gonna sit in my closet and say, 'I was a hot mess party of one. Got it, here are the reasons.'

"I got a lot of really good responses, but I got a lot of responses from people saying, "You shouldn't have to do that." I wish that people could walk on the red carpet and look however they look and people would still feel as excited about their new show or have something nice to say about them or whatever. But we don't, like as a society right now we just don't.