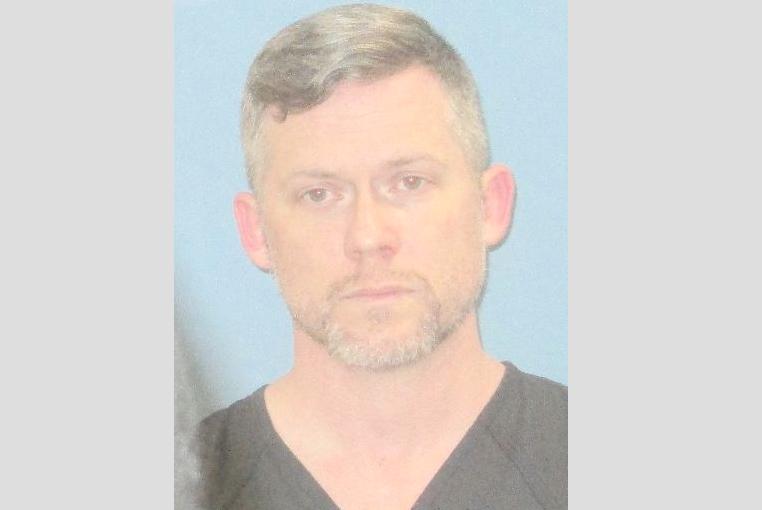 A federal agent testified Friday that Harold "H.L." Moody, who was fired last week from his job as special events coordinator for Pulaski County Youth Services, distributed child pornography and smoked methamphetamine out of a glass pipe while seated at his desk in the county administration building during regular work hours.

Jason Bennett, a special agent for Homeland Security Investigations, said an agent who was participating in an undercover capacity in a video-conferencing application used by child pornographers took "screen shots" of Moody sitting at his desk and conversing with others in the secret chatroom on more than one occasion between Aug. 29 and Oct. 12.

Moody, 39, was fired from his job of nearly two years -- a job that a county spokesman said was administrative and didn't involve interaction with children -- immediately after his arrest on the evening of Nov. 5, when agents executed a search-and-seizure warrant at his downtown Little Rock apartment. Bennett said screen shots also captured Moody using the app while he was at home.

Moody was also a political consultant. He was hired by the county after a year-and-a-half stint as communications director for the Democratic Party of Arkansas. Before that, he had been chairman of the Pulaski County Democratic Party for two years.

The trial is tentatively set to begin in January.

The details surrounding Moody's arrest emerged during a hearing at which his attorney, Chris Tarver of the federal public defender's office, sought to have him released pending trial. Tarver asked that Moody be allowed to return to the downtown Little Rock apartment he shares with his partner or that he be committed to an in-patient drug-treatment facility.

U.S. Magistrate Judge Joe Volpe said he was inclined to release Moody to an in-patient care facility until Assistant U.S. Attorney Kristin Bryant convinced him that Moody poses a risk of flight and could be a danger to the community, though it was "a close call."

Bryant argued that Moody has sophisticated computer skills, is connected to shadowy figures who share child pornography across the globe and faces a minimum 15-year prison sentence if convicted on the conspiracy charge, which "ups the ante significantly" that he might flee before trial.

Agents also found two grams of methamphetamine at Moody's home and a half-gram of the drug in his office desk drawer, Bennett said.

In asking the judge to detain Moody, Bryant also cited the nature of the photographs and videos he is accused of distributing -- images of babies and young children being raped -- and his apparent rapidly escalating involvement. She pointed to the agent's testimony that Moody was initially observed viewing the images, then distributing them and eventually even hosting sessions in which people in a secure chatroom stream live videos of infants being raped.

Bennett testified that the chatrooms in which an undercover officer encountered Moody are accessible through a computer application that he wouldn't identify. He said they require a room code and a password to enter, and "are solely dedicated to displaying child pornography."

The agent called Moody a "high-volume user" who logged in and out several times a day -- including 26 times in a two-day span -- and who was given the privilege of being a host, which indicates he did something to ingratiate himself with the person who is in charge of the rooms.

Tarver put on testimony from Moody's partner, Gabriel Womack, who said he broke off their engagement this summer after finding methamphetamine in their apartment and after Moody admitted to being addicted to the drug. Womack said Moody has made at least two attempts to stop, but can't. He said, "This is a drug issue."

Two female friends of Moody's also testified on his behalf. One said he recently told her he was hopelessly addicted to methamphetamine and looking for treatment. The other said that although she knew he was charged with child pornography, much of it involving young boys, she would allow him to stay in her house with her and her 15-year-old son.

Bryant told the judge that while she is "sympathetic" to addicts, "I don't think that because he's a methamphetamine addict that makes him go look at child pornography."

She argued that if he was released, he could alert the other people who are being investigated for the same activities that they are being watched, which "poses a danger to the children yet to be rescued."

Tarver argued that Moody has no previous criminal history and was trying to seek treatment for drug addiction before his arrest. Tarver said two business owners had offered to let Moody work for them if he was allowed to remain free.

Womack testified that he never saw any child pornography in the apartment the two men shared, but he acknowledged they each had separate computers and that Moody frequently changed his passwords because he "frequently thought he was being hacked."

Bennett told the judge that when agents executed the search warrant at Moody's apartment, he answered their knock at his door without a shirt and with his pants unzipped. Bennett said another agent noticed "some foreign substance" on Moody's arm when pulling him out of his apartment, but they didn't know what he was doing when they arrived.