Arkansas schools stressing on grades; a lot hinges on their A-F marks

The state assignment of A to F letter grades to public schools -- a relatively new practice in Arkansas -- has become a force to be reckoned with in terms of a school's reputation and its operations.

As recently as the 2013-14 school year, the state-assigned letter grade to a school was relegated to an unobtrusive line deep inside a school's multipage online report card.

The letter grades are now tied to a multifaceted numerical score and have greater consequences than before, ranging from bragging rights for the all-A schools and districts to the potential waiver of employee protection laws for the faculty and staff in Little Rock's schools that get poor grades.

There's also been a call-on-the-carpet for three F-graded open-enrollment charter schools. Leaders of those charter schools in North Little Rock, Pine Bluff and Blytheville will report to the state's Charter Authorizing Panel in December and January about the statuses of their schools and how they intend to raise their scores.

Search by school or district:

Also related to the numerical scores are financial rewards, totaling nearly $7 million. The Springdale School District campuses are to receive a total of $761,358 for achievement and achievement growth, which is more than any other district in the state, although followed closely by Bentonville.

Sarah McKenzie, executive director of the Office for Education Policy at the University of Arkansas, Fayetteville, says the state's current, now 2-year-old, school accountability system and resulting letter grades are much improved. But they could be further adjusted, she said, to better reflect achievement gains, or growth, made by students at a school over the course of a year.

McKenzie said that achievement on the most recent ACT Aspire tests -- given in third-through-10th grades -- overpowers year-to-year achievement growth by students in the letter-grade calculation.

"I'm ... concerned that schools that are demonstrating high growth but are continuing to get C's feel disenchanted and disappointed, and could stop making progress because they get disheartened," she said.

Deborah Coffman, the Education Department's assistant commissioner for public school accountability, said in a recent interview that she was aware of the Office for Education Policy's concern.

"At this point we are not making a change, but we are studying it to see if we need to do that," Coffman said, adding that the issue has been presented to the Education Department's Technical Advisory Committee, which is a national group of experts in assessment and statistics that the state agency uses as a sounding board.

Any amendment in the calculation would have to be approved by the U.S. Department of Education, since the system is part of the state's effort to comply with the federal Every Student Succeeds Act of 2015, or ESSA. Arkansas' initial ESSA plan was approved in January.

"Our school districts understand what that growth measure means," Coffman said about the current system. "We've really attempted to explain that to them. They are coming to a better understanding of growth -- it's a new piece for us."

The letter grades, more specifically, are based on "ESSA School Index scores," which are the numerical scores that take into account the results from the ACT Aspire tests given last spring and the improvement on the tests since the previous year.

Other factors in the ESSA Index Score calculation include high school graduation rates, progress by students who are English-language learners, and indicators of school quality and student success. Those indicators include student attendance, science achievement and gains, college entrance exam scores, numbers of students reading at their grade levels and community service by students.

McKenzie said that accountability system -- with its letter grades -- has not turned out exactly as it was intended by state education leaders who had designed it in consultation with public education stakeholders.

Achievement and achievement growth were intended to have equal weight in determining the letter grades, "but the way the numbers work together, [growth] gets overshadowed by achievement," she said.

She cited, as examples, schools in Little Rock and Springdale.

Parson Hills Elementary School in Springdale earned an overall 69.22 index score and a C for the 2017-18 school year.

Little Rock School District's Wakefield Elementary had similar statistics to Parson Hills -- low achievement and high growth scores -- and a C grade. The school was better than 16 percent of elementary schools in the state in terms of achievement and better than 90 percent in academic growth, according to the Office for Education Policy analysis.

"It should be changed so that growth is as impactful on the overall measure as it was intended to be, so that it counts more than just achievement," McKenzie said about the ESSA Index Score formula and letter grades.

"We know growth is a reflection of what kids are learning from one year to the next," she said. "Achievement can be a reflection of the things kids come to school with in terms of readiness and home experiences. If we are grading schools, we should be grading them on how they are moving kids within the school year.

"My concern," McKenzie added, "is that the longer we wait to make the adjustments, the more confusing it will be for the public when some of these schools that have been getting A's because they have high achievement see their grades drop because they have low growth."

The Office for Education Policy's analyses of the letter grades, by school, is available at the "2018 ESSA school performance information" link on its website: officeforeducationpolicy.org.

The Arkansas Department of Education similarly provides details about the ESSA Index Score calculations for the schools at https://myschoolinfo.arkansas.gov.

Springdale School District, now the state's largest school district in terms of student enrollment, has received the largest total dollar amount in rewards for 2016-17 and 2017-18.

"You only have to go to the second district [on the list of award-winning schools] to understand the significance," Jim D. Rollins, superintendent of the Springdale district for more than 30 years, said about the $761,358 that is going to 15 campuses in amounts ranging from $25,880 to $82,517.

"Bentonville School District, which is a phenomenal district, will receive $748,022," Rollins noted. "Our Springdale kids -- with all of our diversity and all the poverty we have -- is still the Number 1 earner in the state and outperformed the Bentonville district. That's big news in Northwest Arkansas."

The secret to the district's success is "hard work, great teachers and personalized learning," Rollins said. "All the things we have been pushing forever are continuing to show great results, even on standardized tests." 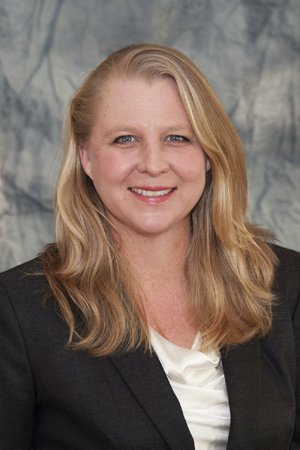 Photo by Special to the Democrat-Gazette
Sarah McKenzie 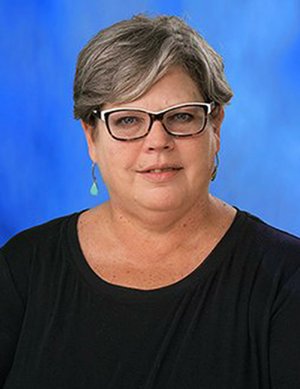 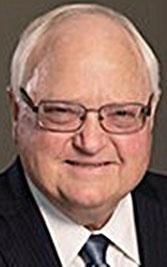