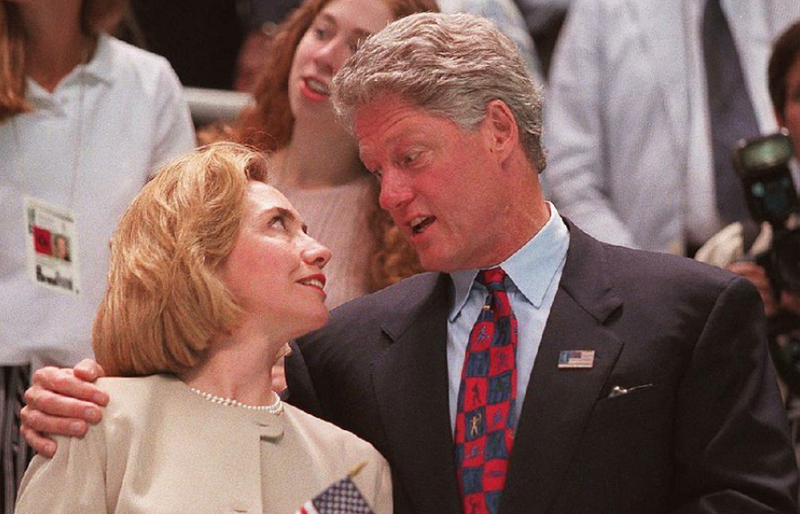 WASHINGTON -- Former independent counsel Kenneth Starr portrays former President Bill Clinton and former first lady Hillary Clinton as liars and crooks in his new best-seller, but he lavishes praise on others he encountered during his central Arkansas sojourn.

Starr's book, Contempt: A Memoir of the Clinton Investigation, is dedicated to his comrades in the office of the independent counsel and to his family but also to "the good and gracious residents of Little Rock."

Contempt will debut at No. 13 on the Sept. 30 New York Times hardcover nonfiction list, 12 spots behind Bob Woodward's Fear, which focuses on President Donald Trump.

The Arkansans whom Starr and his office scrutinized are generally portrayed negatively.

Susan McDougal and Webb Hubbell, a Little Rock lawyer who was appointed by then-President Clinton as U.S. associate attorney general, were frustrating to deal with, according to Starr. "Squeezing the truth out of those turnips was maddening," Starr wrote.

Tucker, who succeeded Bill Clinton as Arkansas governor in 1992 and resigned as governor in 1996 after being convicted for tax and bankruptcy fraud, couldn't cooperate with investigators because his own legal problems were continuing, Starr wrote.

"He would have loved to unload on the Clintons, both of whom he had come to despise," Starr wrote.

Regarding a new book by former independent counsel Kenneth Starr about the Whitewater investigation, former President Bill Clinton's attorney, David Kendall, made this comment: “The American people saw through Starr’s obsessive pursuit of President Clinton and will see through his attempt to rewrite history to vindicate his own sullied reputation.”

Kendall's comment was released after publication of this article about the book, Contempt: A Memoir of the Clinton Investigation, in Monday's print editions.

The independent counsel gives low marks to the late U.S. District Judge Henry Woods, a friend of the Clintons who was forced by the 8th U.S. Circuit Court of Appeals to step aside after dismissing an early indictment against Tucker and others.

"In my experience, bad judges are rare in the federal system. Unfortunately, Judge Henry Woods, who had been an overnight guest of the Clintons at the White House, was one of them. A [President Jimmy] Carter appointee, he did not leave his politics at the courthouse door."

Wright found Bill Clinton in civil contempt of court in April 1999, ruling that he had provided "false, misleading, and evasive answers that were designed to obstruct the judicial process."

Much of the sharpest criticism in the book is aimed at Hillary Clinton. The independent counsel said his team considered filing perjury charges against the first lady based on her Whitewater depositions and even drew up a draft indictment, but ultimately decided not to move forward.

"No matter the subject, Hillary was a classic noncredible witness. For starters, she was smug and dismissive. Her brittle personality was evident. ... In our interactions, Hillary seemed cold and aloof, determined to make herself unlikable. She displayed no empathy factor at all."

"Hillary would have been well advised to spend more time in Arkansas courtrooms, with real people, interacting with flesh-and-blood jurors and nervous witnesses. ... Our interviews with people had revealed she'd been a mediocre attorney, for the most part," he added.

While Bill Clinton was "fatally infected by self-indulgent exploitation of the vulnerable," Hillary Clinton was "a systematic enabler ... viciously attacking the various women who came forward to say they were Bill's paramours, including Monica Lewinsky."

A spokesman for the Clinton Foundation said he doubted that the Clintons would want to comment on Starr's memoir.

Hubbell, who is now a successful novelist, doesn't want to weigh in. "I'm working hard at being an author and not living in the past," he said in an email.

Tucker, who successfully challenged a key part of his Whitewater conviction penalty, said he hasn't read the book.

Susan McDougal did not respond to an email seeking comment.

In Contempt, Starr shared stories about the Tucker and McDougal trial.

He said one potential juror was dismissed after informing court officials, in tears, that he didn't know how to read or write and did not wish to serve.

A jury consultant, Robert Hirschhorn, was concerned about a husband and wife prosecuting team because the husband hadn't worn his wedding ring to court. "This was socially conservative Arkansas, Hirschhorn told [the husband]. Married people wore rings," Starr recounted. Because of weight gain, the ring no longer fit, so the lawyer bought a bigger ring.

The consultant also banished Starr from the courtroom, saying Starr could hurt their case.

"The defendants will be pointing fingers in your direction and trying to put you on trial," Hirschhorn said, according to Starr. "We have to bench you. You cannot darken the door of Judge Howard's courtroom."

Later in the book, Starr said the "constant barrage of personal attacks" had taken a toll on him.

"I had been too controversial even to sit in court. My persona non grata status in Arkansas had stuck in my craw during those long months of 1996," he wrote.

While he was the bane of jury consultants and defense attorneys, average Arkansans treated him well, he said.

"Many Arkansans doubtless felt I overstayed my welcome, but they never showed it. For years, Little Rock was my home away from home," he wrote.

Appearing at an American Enterprise Institute forum Tuesday, Starr said he was well-treated during his central Arkansas sojourn.

"The people of Little Rock were unfailingly gracious and hospitable. Now, I didn't get a lot of social invitations, but Little Rock is a very gracious place filled with very good people," he said.

People in Arkansas understood the work was important, he said.

One resident, Starr said, told him: "This is very hard for us because we know these people. Some of them, we go to church [with]. ... We go to the same restaurants and so forth. We like these people. ... But we want to know what happened." 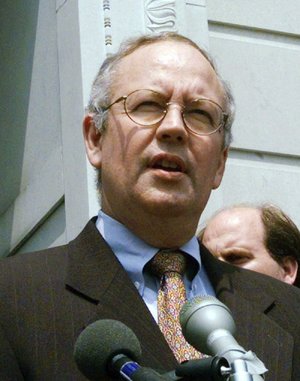