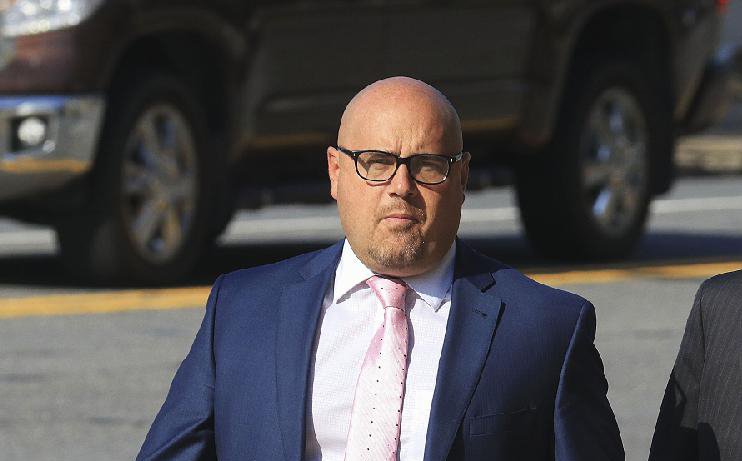 A federal grand jury has indicted former state Sen. Jeremy Hutchinson on 12 total counts of conspiracy, bribery, theft and fraud related to his work for a Missouri-based health care nonprofit.

Hutchinson, an attorney, resigned his state Senate seat last year when a separate federal indictment accusing him of misspending campaign contributions and lying on his taxes became public. He has pleaded innocent to those charges.

The new charges, unsealed Thursday, are one count forparticipating in a conspiracy, one count of bribery, three counts of theft from a program receiving federal funds and seven counts of honest services fraud.

“This recent ploy undeniably increases the pressure on Jeremy, who now faces a costly two front defense against the government’s unlimited resources,” Tim Hutchinson’s statement said. “But I respect and support Jeremy in his decision to not plead guilty to any accusation of which he is innocent.”

The 85-page indictment, filed in the Western District of Missouri, also leveled charges against the married couple who ran the nonprofit, which was Alternative Opportunities Inc. prior to its 2015 merger with Preferred Family Healthcare.

Bontiea Goss and Tom Goss pleaded innocent to the charges.

All three defendants surrendered, pleaded innocent and were released on bond Thursday, a spokesman said.

"Although several individuals have pleaded guilty to crimes associated with their time at Preferred Family Healthcare, Mr. Goss was neither involved nor aware of their criminal behavior at the time of its commission," Plumlee said. "Mr. Goss has not knowingly or intentionally violated any laws and looks forward to defending himself in court.”

Melanie Morgan, representing Bontiea Goss, said her client "relied on others" to help guide the nonprofit through business decisions.

"Unbeknownst to Ms. Goss, certain individuals -- who have since pled guilty -- did not conduct themselves with honesty and integrity in their services to the organization and in their dealings with Ms. Goss," Morgan said."Ms. Goss has not knowingly or intentionally violated any law, and guilt by association is not tolerated in our system of justice. We look forward to finally having an opportunity to bring to light additional information that will provide a much different narrative."

The accusations came in court filings over the past two years as investigations conducted by three federal prosecutors’ offices netted convictions of four former lawmakers linked to the company.

Preferred Family, which has sought to distance itself from its former executives, still operates in Missouri, Illinois, Kansas and Oklahoma. The nonprofit ousted most of its leadership team in early 2018.