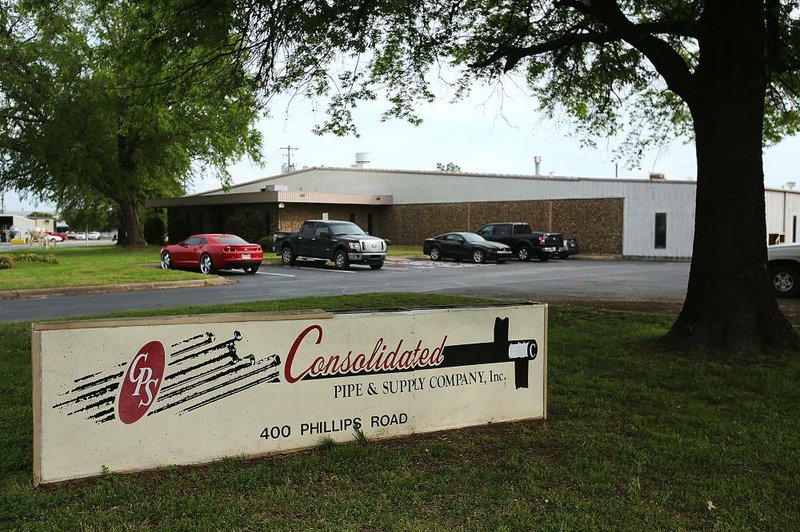 The Consolidated Pipe & Supply Co. warehouse in North Little Rock has 37,700 square feet and was built in 1980.

The building at 4000 Phillips Road has 37,700 square feet and was built in 1980. It was appraised at $1.1 million this year. The transaction was a sale-leaseback of Consolidated Pipe's building, said John Ramey, the branch manager.

"We're moving to a new building in southwest Little Rock and we're doing the same arrangement there," Ramey said.

Consolidated Pipe is based in Birmingham, Ala., and has about 50 offices primarily in the Southeast. It recently opened an office in Springdale.

The real estate partnership borrowed $733,000 from Frost Bank in San Antonio to help finance the transaction. The mortgage matures in 2029.

Two-thirds of the building is offices and one-third is a warehouse for storage. It was constructed in 1976.

The seller was BBD LLC of Maumelle. Anthony Brooks is a member of BBD and signed the deed. BBD paid $285,000 for the property in 2009.

J&J Short Enterprises LLC of Sherwood invested $264,000 to buy the building and property of a Roto Rooter at 950 E. Kiehl Ave. in Sherwood last month.

The seller was the Mobbs Family of Greenbrier. Jackie Snowden and Alice Criner, members of Mobbs Family, signed the deed.