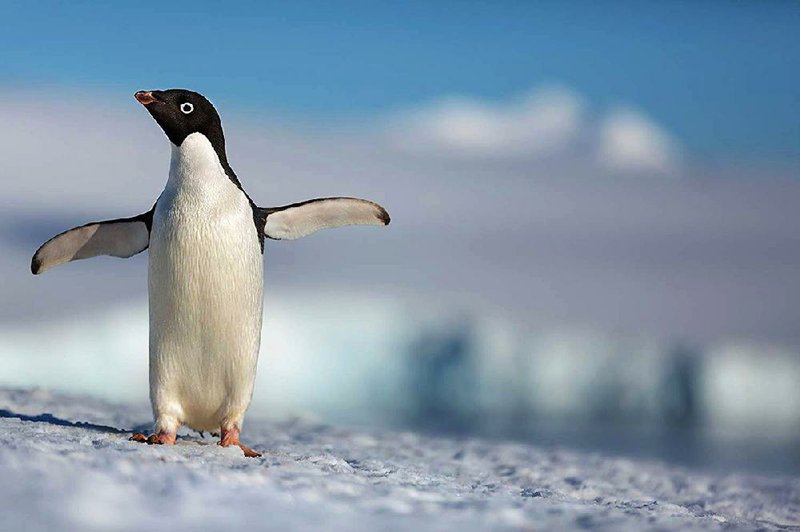 Hatchling Steve goes on a remarkable true-life adventure in the Disneynature documentary Penguins, directed by Alastair Fothergill and Jeff Wilson.

The lives of penguins are engrossing enough that their story of survival never seems to get stale or dull. Perhaps it's because Antarctica ably preserves their adventures in its frigid landscape.

The 2005 French documentary March of the Penguins won a deserved Oscar for its vivid, detailed depiction of their lives. Morgan Freeman's seemingly omniscient and omnipotent-sounding narration and Jordan Roberts' sensitive English-language script didn't hurt, either.

With the more modestly titled Penguins, however, Disneynature focuses not on the whole species but on a lone adelie penguin screenwriter David Fowler has dubbed "Steve."

The 5-year old male has trekked across the continent to find a mate, only to be overwhelmed by older, more aggressive males. They've already started collecting the rocks they need to make their nests. All of the good stones are literally taken, and other penguins think little of stealing Steve's.

Steve is stuck in a less desirable neighborhood to place himself and a potential wife. The distance between the mating grounds and the water where the penguins gather their food can be around 100 miles apart under good circumstances.

Oh, and this is Antarctica.

Fortunately, a receptive lass named Adeline takes a liking to the amiable fellow, and the two start a family. Their difficulties have actually just begun.

Anyone who associates peace and quiet with nature was probably asleep in biology class and certainly hasn't seen any of the previous Disneynature films such as Monkey Kingdom and Bears.

Neither nature nor directors Alastair Fothergill and Jeff Wilson give the birds any slack. Leopard seals and orcas love dining on any adelie that can't move quickly enough to get away. There are even predatory fowl called skuas that devour chicks and even unattended eggs.

There's plenty of tension, but there's also enough warmth to melt a few glaciers. Like the rest of their breed, Steve and Adeline are monogamous and take turns minding the eggs and later the youngsters while the other is out getting food. There is a brief window when the weather is as close to hospitable as it can get down there. Their affection helps make REO Speedwagon and Whitesnake tunes seem relevant again (if they ever were in the first place).

Antarctica may be remote and fearsome, but Fothergill and Wilson prove that calling it a frozen wasteland is grossly inaccurate.

The scenery is consistently majestic even if there isn't much green. They and an astonishingly brave crew manage to get their cameras into just about every nook and cranny of the continent and even manage to follow the birds while they are underwater. The real world has sights that CGIs would be lucky to replicate, much less improve.

The shoot took about 90 months (7 1/2 years), and it shows despite the brief running time of the finished movie. Moments such as Steve repelling the thieves pilfering his rocks wouldn't have come if the filmmakers were only casual visitors. Without this formidable dedication, they would have missed comic moments worthy of Charlie Chaplin or Buster Keaton.

Steve has a goofy charm (no doubt enhanced by Ed Helms' droll voice-over) that comes across even though he's surrounded by millions of seemingly identical birds. His eyes seem remarkably expressive, so he might have a career in Hollywood if he ever feels like swimming north.

Because Fowler treats Steve as an "everypenguin," there is more entertainment value with this film than with its acclaimed predecessor. Helms is telling an individual story while Freeman seemed to be speaking for all of nature. Thankfully, Antarctica is a big enough continent for both approaches to work. 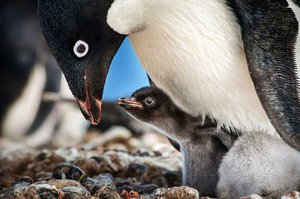 Disneynature’s documentary Penguins was shot over the course of more than seven years and follows a young bird as he treks across Antarctica to form a family.