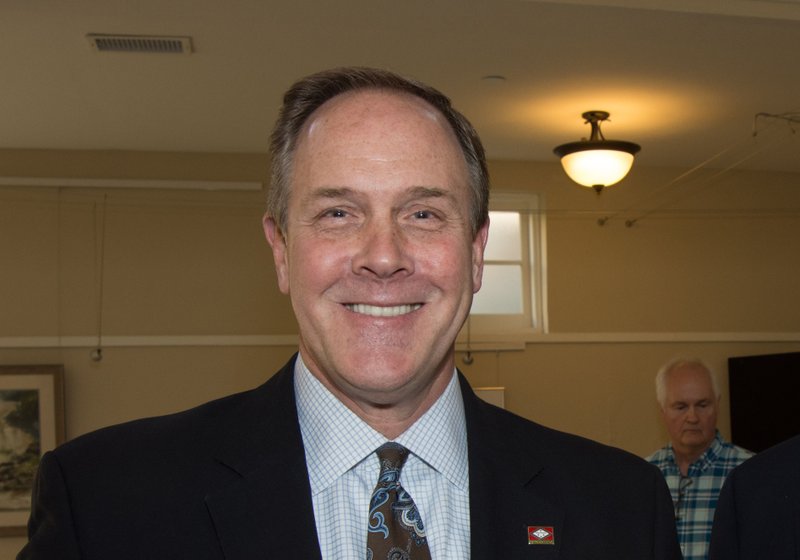 Here’s a summary of some of the other bills affecting state government’s retirement systems enacted during the 92nd General Assembly’s regular session.

Act 950 (House Bill 1333 by Rep. Les Warren, R-Hot Springs) will allow credited service, which is actual service plus any reciprocal service, to be used to become eligible for unreduced retirement benefits in the Arkansas State Police Retirement System. A tier 2 member in the system is now eligible for retirement benefits without reduction at age 65 with five years of actual service, or any age with 30 years of actual service. State police employees had been told that reciprocal service time was covered from 2009 until 2018 until it was removed after an attorney general’s advisory opinion, according to Warren.

Act 511 (Senate Bill 144 by Sen. Eddie Cheatham, D-Crossett) will reduce from a year to six months the minimum period for an Arkansas Sate Police Retirement System member to be married to his spouse before the surviving spouse will be eligible for death benefits. The law applies retroactively to Jan. 1, 2017.

Act 826 (HB1346 by Warren) will allow members of the General Assembly who have at least five years of service as a legislator to buy up to five years of military service. A lawmaker has been required to have 10 years of actual service as a legislator before he could purchase military time under current law. The purchase of service credit is on an actuarially determined basis to maintain cost neutrality.

Act 625 (SB219 by Cheatham) will reduce from a year to six months the minimum period for an Arkansas State Public Employee Retirement System member to be married before the surviving spouse will be eligible for benefits. The law applies retroactively to Jan. 1, 2017.

Act 988 (SB240 by Sen. David Wallace, R-Leachville) will allow a retired member of the Arkansas Local Police and Fire Retirement System or of its deferred retirement plan to return to work for an employer covered by the system without having his retirement benefits stopped.

The law will require a retired system member or a retired deferred retirement plan member to retire for 180 days and waive his right to future retirement benefit accruals before he is eligible to return to work for a system employer other than his past system employer. The retired member who returns to work won’t be required to pay employee contributions to the system, but the employer would pay an employer contribution. The bill is aimed at helping small towns hire senior law enforcement officials with experience, according to Wallace.

Act 753 (HB1219 by Rep. David Hillman, R-Almyra) allows that if a judge is elected before his 70th birthday he can serve without forfeiting his retirement benefits.

Under current law, a judge may complete the term in which he turns age 70, but if he chooses to serve beyond the end of that term, he forfeits his retirement benefits.

Act 948 (HB1298 by Rep. Julie Mayberry, R-Hensley) will allow the governing body of cities of the first class to reduce retirement benefits for mayors in the future.

Under current law, such a mayor is provided with retirement benefits of 50 percent of his salary if he meets the eligibility requirements under state law. He is allowed to receive the benefits if he has served at least 10 years as mayor and reached age 60 or served as mayor for at least 20 years without regard to age. The governing body of the city may provide by ordinance that any person who has served as mayor for at least 10 years may retire upon reaching age 55 with these benefits.

The mayors of cities that participate in the Arkansas Public Employees Retirement System decide what plan to participate in at the time they take office. There are about 106 cities of the first class, and all or almost all of the 55 covered by APERS cover the mayor by using the system’s benefit.

Act 948 would clarify that the basis of a particular mayor’s benefits is the salary at time of retirement and allow the governing body of the city the option to reduce the benefit after Dec. 31, 2022, under certain conditions with a justifying cost study. Under the law, the city’s governing body may by ordinance vote to decrease the benefits available if an actuarial study supports the need to lower the benefit and the benefit is not decreased to an amount of less than $250 a month. The ordinance wouldn’t apply to a person who serves as mayor before Dec. 31, 2020; was in office during the time the ordinance decreasing a benefit is effective; or files for election as mayor at the time an ordinance decreasing the benefit is effective. The decrease also wouldn’t apply retroactively.

The source for the above information was reports to the Joint Committee on Public Retirement and Social Security Programs, and officials for the retirement systems.