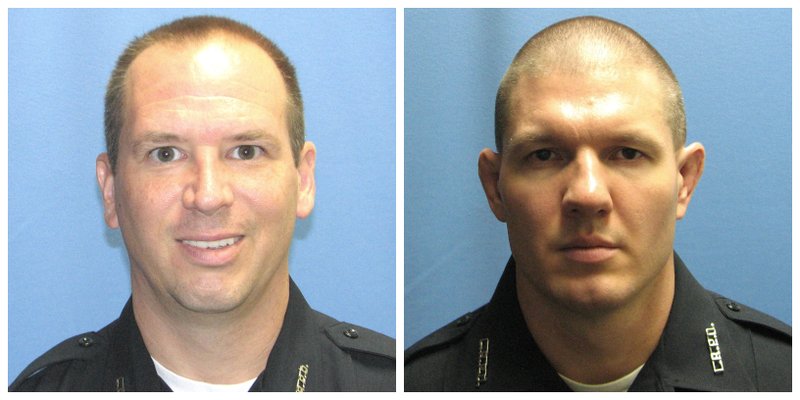 Officials said Monday that officers Ryan Stubenrauch (left) and Chandler Taylor (right) fatally shot a man after he began shooting at them. Photos courtesy of the Little Rock Police Department

Little Rock police on Monday identified two officers and the man they fatally shot Sunday during an exchange of gunfire outside a west Little Rock fast-food restaurant.

Officials said Monday that officers Ryan Stubenrauch and Chandler Taylor shot Michael St. Clair, 42, after the Pine Bluff man began shooting at them. The two officers had responded to reports of a suspicious person near Shackleford Crossings shopping center, just east of Interstate 430. Dispatch records show the first call came in about 2:45 p.m.

Police said they were told that the suspicious person, later identified as St. Clair, was wearing a black hoodie and was armed with a gun. The caller also said the subject fired the gun, and was last seen walking in the direction of a nearby Walmart Supercenter.

The officers said that when they attempted to talk to St. Clair near an Arby's, he ran from them while firing a semi-automatic handgun. Stubenrauch and Taylor returned fire, hitting St. Clair, according to a police report. 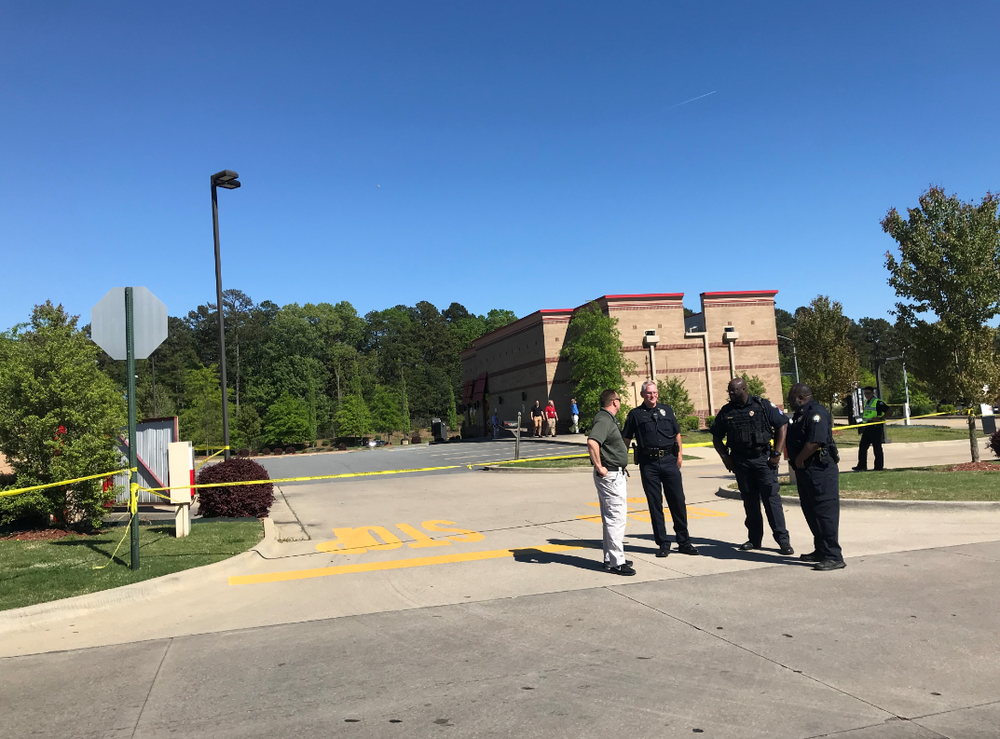 FILE — Authorities investigate an officer-involved shooting in the area of a west Little Rock shopping center.

No one else in the area was injured, police said.

The Police Department said both officers were on administrative leave Monday, pending the conclusion of an internal investigation. Both Stubenrauch and Taylor joined the department on June 29, 2015.

The city released dashboard camera footage of the deadly encounter nearly two weeks after it happened, after calls by community activists and Blackshire's family for the video's swift release.

An internal investigation is still in progress in that shooting, and the department has not said whether Starks violated any departmental rules. Little Rock Police Chief Keith Humphrey plans to make a decision within the coming days.

The shooting of St. Clair was mentioned at a Monday morning rally at the Capitol that was sparked by Blackshire's death.

Police said the investigation into the latest shooting is ongoing.