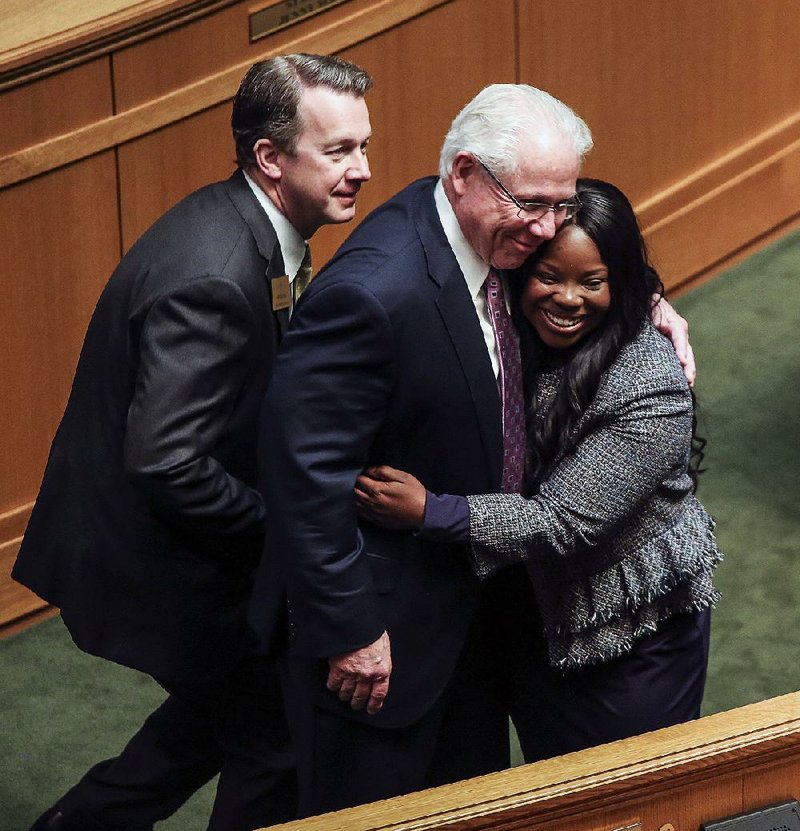 Arkansas Democrat-Gazette/MITCHELL PE MASILUN -- 4/10/2019 -- State Representatives, from left, Carlton Wing, Jon Eubanks and Jamie Scott gather for a photo on the House floor at the end of the 92nd General Assembly at the State Capitol Wednesday, April 10, 2019 in Little Rock.†

Eliminating the bill-filing deadline in this year’s regular legislative session led to a big drop in the number of measures filed, according to some officials.

The number of bills filed by state lawmakers dropped by 399 from the last regular session two years ago to 1,670, while the number of laws enacted dipped by 35 to 1,092. The House and Senate agreed at the beginning of the session to ax the deadline for filing regular bills, or those that don’t involve appropriations.

During at least the four regular sessions before this year’s, Arkansas had one of the highest percentages of enacted bills compared with other states, based on information from the National Conference of State Legislatures.

Gov. Asa Hutchinson on Friday completed action on the bills sent to him. The governor signed Senate Bill 179 by Sen. Mark Johnson, R-Little Rock, into law as Act 1092, said Hutchinson spokesman J.R. Davis. Act 1092 will allow a city board of directors, with either the city manager or city administrator form of government, to refer changes in their form of government to voters.

This year’s biennial regular session started Jan. 14. Earlier this year, the House and Senate approved joint rules eliminating their long-standing filing deadline of the 55th day of the session for regular bills. The 55th day was in March. The session officially ended Wednesday.

The House and Senate kept in place the filing deadline for appropriations bills, which is on the 50th day of the regular session. A two-thirds vote of both chambers is required to introduce an appropriations bill after that deadline.

They also kept the filing deadline on the 15th day of the session for any legislation on public retirement plans or on licensing health care providers. A three-fourths vote of both chambers is required to introduce these types of bills past deadline.

Legislative leaders hoped that axing the filing deadline for regular bills would eliminate the need for “shell” bills, which lack details, and allow for more efficient use of legislative staff. Legislative leaders warned that lawmakers should understand that if they filed a bill in the last week of March, they ran the risk of their bill not clearing the Legislature.

Rep. Andy Davis, R-Little Rock, said the introduction in previous sessions of many shell bills fueled “added distrust” of lawmakers by people unfamiliar with the process.

These people thought lawmakers were trying to do something “sneaky,” when in most cases lawmakers were merely keeping their legislative options open for later in the session, he said.

A lawmaker typically files a “shell” bill in an effort to meet the deadline but the bill isn’t ready. The “shell” bill may be amended later with the desired wording.

“It did allow us to keep most of the committee agendas relatively clear. We didn’t end up with a bunch of stuff that was hanging out that really there was not intent to run,” he said. “I think there is probably pros and cons both ways, but … overall from my initial reaction is it seemed to be a positive move.”

Bureau of Legislative Research Director Marty Garrity said Tuesday in a written statement that “without the deadline, we did not experience one great rush of bill requests and consequently we did not have to draft and file for introduction between 500 to 600 bills in the span of less than one week.

“The bill draft request workload was spread out throughout the session rather than concentrating it during the few weeks before and after the bill filing deadline. As far as cost savings, we have not run any numbers but I don’t anticipate that there would be a significant cost increase or decrease for the Bureau due to this change,” she said.

“The number of shell bills filed on the last day alone fluctuated between 500 and 600 bills. Excepting other deadline driven bills (retirement, scope of practice, constitutional amendments), it is my guess that less than 10 shell bills were filed,” she said.

In the past few sessions, the House has been referring “shell” bills to the House Journal Committee, which had 15 retirement bills referred to it this year, according to the General Assembly’s website. In contrast, about 180 “shell” bills were referred to the committee in both the 2015 and 2017 regular sessions.

House and Senate officials said it was difficult to determine which committee should be assigned some “shell” bills.

Senate Democratic leader Keith Ingram of West Memphis said the elimination of the filing deadline “needs to be tweaked.”

“I think it was good, but we had some abuse of the system in the sense that a bill would get beat and somebody would go draft another bill immediately and drop it in, and I don’t think that was ever anticipated,” he said.

“I had some reservations about it, but at the end it probably worked. It did away with all those shell bills that were hard to follow. When you come into committee and you got a shell bill [and] all of a sudden you get a 10-page amendment,” Ingram said.

In the 1989 regular session, 1,576 bills were filed by lawmakers, and their numbers steady grew until peaking in 2005, according to the General Assembly’s website.

The greatest decline in the number of bills during the past 30 years was going from 2,817 in 2007 to 2,285 in the next regular session two years later, according to Bureau of Legislative Research records.

In the 2005 regular session, the number of appropriations bills totaled 1,481 and that’s declined each regular session except for an increase from 596 in 2011 to 751 in 2013, according to Bureau of Legislative Research records.

“Everybody was going down and getting appropriations [for General Improvement Fundprojects] that were never going to be funded,” Ingram said. “Two or four years ago [the Legislature] sort of clamped down on those things, so that made a big difference and it’s probably reflected in there.”

In December 2006, the state Supreme Court ruled that a $400,000 appropriation for streets and sewers in Bigelow was unconstitutional local legislation. That suit was filed in July 2005 by former Rep. Mike Wilson, D-Jacksonville, who contended that the increased use of state money for local projects was a waste of public funds.

Starting in 2007, lawmakers revised the practice in part by sending General Improvement Fund money to eight nonprofit regional districts that directed the funds to projects recommended by lawmakers.

In October 2017, the state Supreme Court ruled, in another suit lodged by Wilson, that laws sending $2.9 million to the nonprofit Central Arkansas Planning and Development District in Lonoke violated the Arkansas Constitution.

At that time, legislative leaders said they had already begun phasing out the system of lawmakers directing the spending of state money through private nonprofit groups.

In the 1989 regular session, the number of acts totaled 995. Their numbers steadily grew until hitting 1,843 in 2001. The peak was 2,325 in 2005. The numbers of laws dropped until 2013, when Republicans seized control of the Legislature from Democrats. The acts passed that year hit 1,520 but the numbers have declined since.

“I think a lot of decline in my experience, I’m now in my ninth year here … is with the change in term limits,” Shepherd said.

“When you had three two-year terms [in the House], I think there was probably more pressure on the members to feel they got to everything filed during … particularly your second and third term,” he said. “Now with the extended term limits, I think it allows maybe a more longterm view of bill filing. For a lot of members, they feel like, ‘If I don’t get to it this session, I may have an opportunity to come back in the future.’”

Under Amendment 94 to the Arkansas Constitution approved by voters in November 2014, lawmakers are allowed to serve up to 16 years. Senators may serve longer because of redistricting.

“I think that maybe it is sinking in that probably less government is better and the reason for a lot of different acts or legislation is declining,” Ingram said.

The share of bills enacted during the 2011-2017 regular sessions put Arkansas among the top several states in the nation, according to information from the National Conference of State Legislatures.

For example, Arkansas enacted 54.4% of the bills introduced in the 2017 regular session. States with higher percentages of bills enacted that year were Kentucky

Brenda Erickson, the conference’s program principal, said in an email to the Arkansas Democrat-Gazette that many factors may influence the number of bills introduced and enacted, such as:

Interests and concerns of legislators or their constituents.

Traditions of the legislative bodies.

Deadline system used by legislative bodies such as a bill introduction deadline, committee deadline, and first or second chamber deadline.

Limits on the number of bill sponsors. (Arkansas has no such limit.)

Limits on the number of bills a legislator may introduce. (Arkansas has no such limit.)

Fiscal condition of the state.

Shepherd said he’s never tried to compare Arkansas with other states on the percentage of bills enacted.

“ I think generally in the Arkansas Legislature there is a pretty good desire to try work with other members and try to find consensus even before a bill is filed or to at least feel like they are putting something out there that potentially can gain the type of support needed to pass,” he said.

“Sometimes, members will file a bill that kind of comes out of left field that nobody was really expecting. Obviously, that is going to have a tougher time to move forward,” Shepherd said.

Ingram said “our committees do a really good job of vetting these bills [and] when they get to the floor they have been thoroughly vetted and … if they get out of committee, they have a real chance to pass.

“I think because of leadership out of the governor’s office, with pretty good working majorities, probably lead to [a high percentage of bills enacted], when the Democrats were in control and when the Republicans were in control,” Ingram said.

Full coverage of the Arkansas Legislature 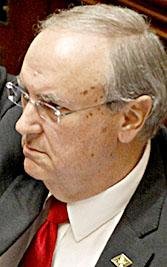 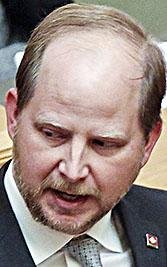 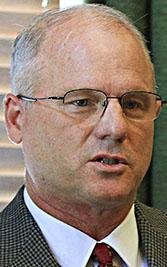 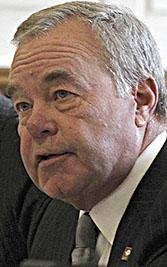 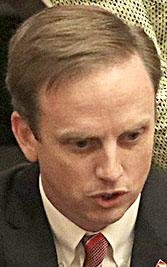 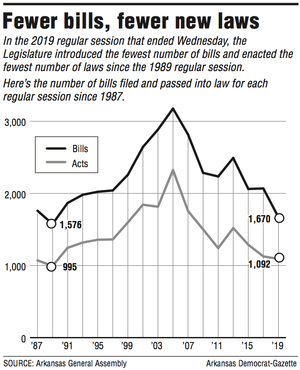