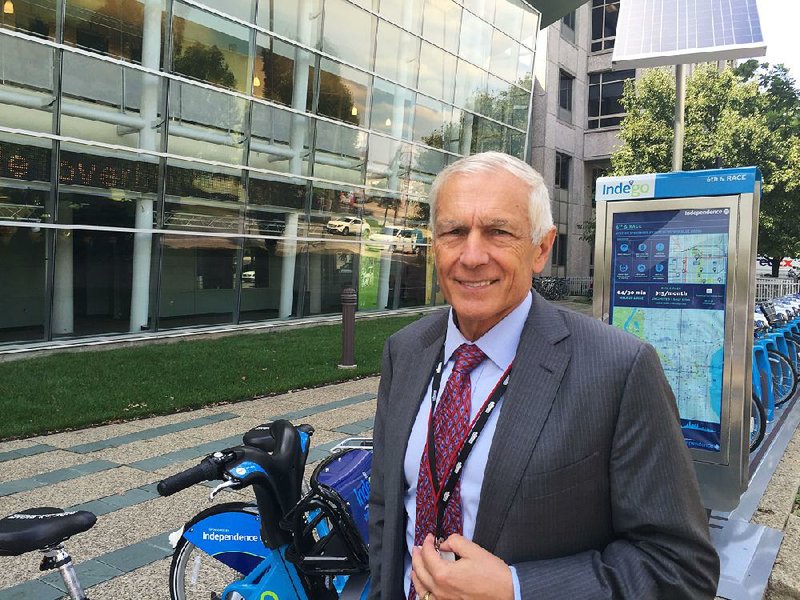 Former NATO Supreme Allied Commander Wesley Clark plans to speak at college campuses "about the important issues facing America," but he won't be asking any of the students to vote for him.

In an interview, the retired four-star general said he won't be running for office in 2020, despite entreaties from some Arkansas Democrats.

Instead, he'll work, in a nonpartisan way, to increase civility in politics, he said.

In November, Clark created a nonprofit corporation, called Renew America Together. Its stated goal is to "promote and achieve greater common ground in America by reducing partisan division and gridlock." Its mission is "to revitalize public and political discourse by teaching and promoting civics, citizenship and civility."

"We're still in the early stages," he said during the interview earlier this month.

Clark has already begun visiting college campuses. Last month, he spoke at the University of Virginia in Charlottesville and at Grand Valley State University near Grand Rapids, Mich.

In January, he appeared alongside former Homeland Security Secretary Tom Ridge, a Republican, at the University of Pennsylvania in Philadelphia.

Other Republicans, including former Senate Majority Leader Trent Lott of Mississippi and former U.S. Sen. Bob Corker of Tennessee, have volunteered to help, he said.

The new group isn't a launching pad for a political campaign.

"This is just giving back to America," he said.

As a candidate for the Democratic presidential nomination in 2004, Clark carried Oklahoma and finished second in Arizona, New Mexico and North Dakota.

Since then, he's been busy. He's chairman of an investment bank and head of an international consulting firm. He writes books and appears on cable news programs. He also serves as a senior fellow at UCLA's Burkle Center for International Relations.

John Whiteside, political director of the Democratic Party of Arkansas, had recently been mentioning Clark as a potential challenger to U.S. Sen. Tom Cotton, R-Ark.

In a text message earlier this month, Whiteside said Democrats were "very serious with our pursuit of" Clark.

"I'm very happy with life as it is right now," Clark said. "I've got a lot of things going on. [I'm] working on economic development here in this state and elsewhere. I've got big projects. I'm involved in business all around the world. And I hope that I can give back through Renew America and do a small part in helping the country on the issues."

"I think Arkansans would be excited to see him run for any office, but I'm not surprised that he was pretty adamant that he's not going to run," Gray said.

"When you look at it in the media, all you see is vitriol and you see name calling and a lot of personal attacks," he said. "Some people have said the country's more divided now than it was at any time since before the American Civil War."

But Clark, who graduated first in his class from West Point, disagrees with that assessment.

"I know that America's really not divided. If you talk to most Americans, they agree on most everything. Ninety percent of everything is agreed," he said.

Much of the trouble is fomented by issue-oriented groups and other political forces, he said.

"They thrive on disagreements. It raises money. It keeps them in business," he said. "It's a real challenge to democracy to get to the deep issues that the country needs to face."

Americans can't achieve their full potential if they're arguing all the time, Clark said.

"When Americans work together, we can do anything. When we're divided, we don't get much done," he said.