IN THE GARDEN: Gardening advice for Arkansas from Janet B. Carson 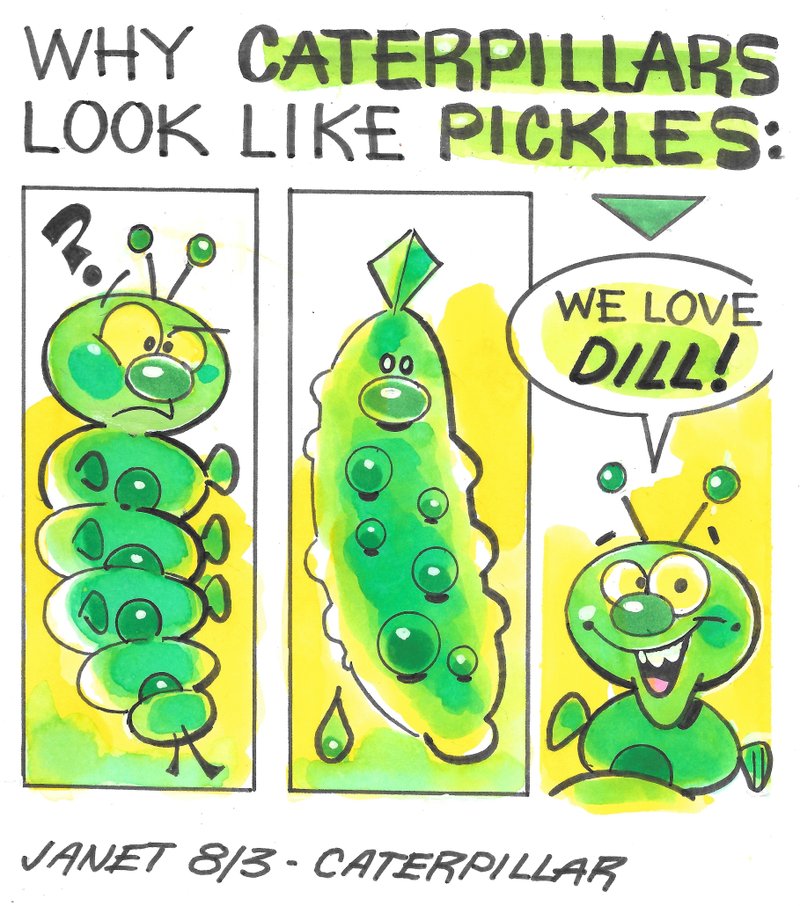 Illustration special to the Democrat-Gazette by Ron Wolfe

Q Could red ants be eating the green seeds on my fennel plants? Something is, and it isn't the swallowtail caterpillars. I know to be on guard against them and have been successfully removing them from the foliage before they do much harm. But the flower heads are under attack and the only insects I have seen on them are large red ants. I remove (and squash) them, and they keep coming back. And the seeds keep disappearing before they are really quite ripe enough to pick. I don't care anything for poisons, but might resort to them, if I knew what I was fighting. Any thoughts? Thank you for your wonderful work.

A Ants don't typically eat seeds, but one species called harvester ants do eat seeds and are known to like fennel. They are not that common in Arkansas. Do you see any of the ants carrying the seeds? This ant carries the fennel seeds back to its nest. That being said, birds would be a more likely culprit. I assume you are trying to grow the plants for fennel seeds, so why not tie some small cloth bags or paper bags around the seed heads to keep the predators at bay before they ripen? This will also help you capture them, as they will shed quite easily as they ripen. 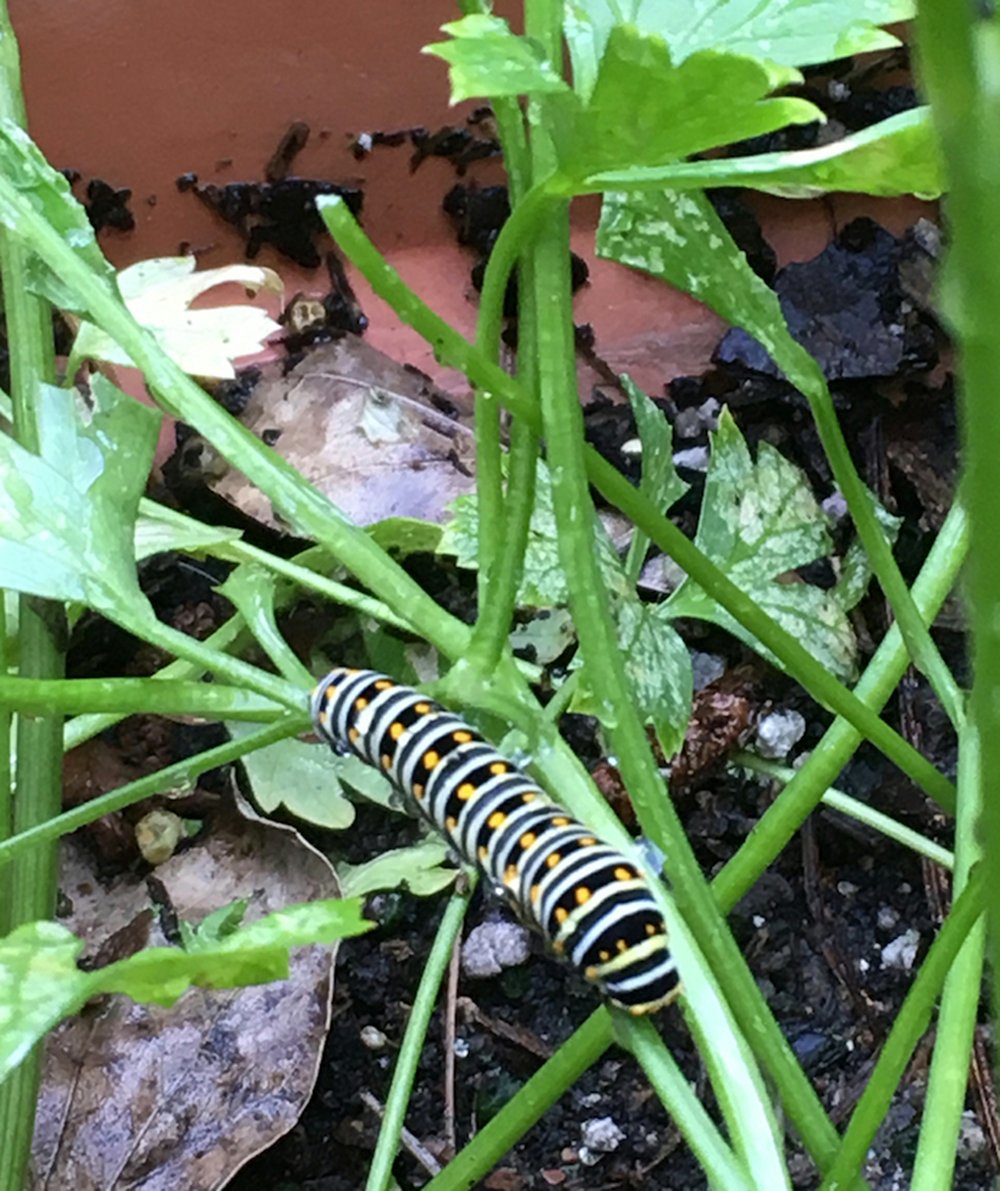 Q Caterpillars like the one in the photo are devastating my parsley. Is this by chance a Monarch caterpillar? If so, I don't want to interrupt them. If it is just a pest, I will eradicate them. Thanks. Hope you answer soon, as my parsley is just about gone.

A Please don't harm this caterpillar. It is the caterpillar of the swallowtail butterfly. It loves parsley, dill and fennel, which are its host plants. Let the caterpillar complete its life cycle. Plant more parsley. I just bought some new plants this past weekend. 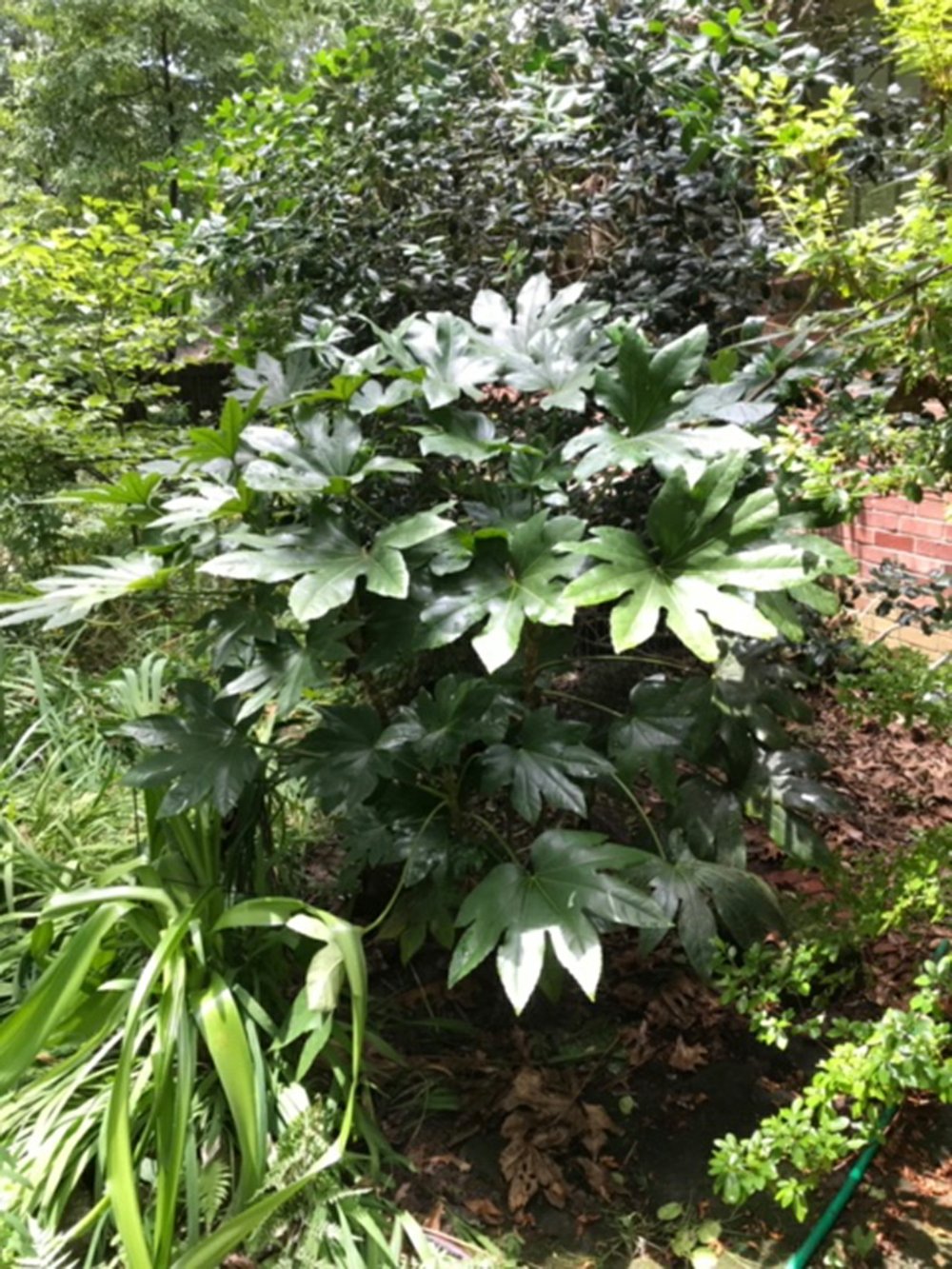 Fatsia thrives, slowly, in the shade. (Special to the Democrat-Gazette)

Q Can you identify this shrub that has voluntarily appeared in my yard?

A The shrub is Fatsia. The plant is hardy in the central and southern parts of our state, but can suffer winter damage in a particularly cold winter. It thrives in shade. The large, glossy leaves give it a somewhat tropical appearance. It can bloom with a cluster of creamy white flowers, which are followed by round black berries. I imagine a neighbor has one and a bird planted yours. They are relatively slow growing, so I would say it has been in your yard a while.

Q Just moved from Bella Vista into Bentonville. When should I move my elephant ears? Also when is best time to plant a hardwood maple?

A When it is this hot and dry outside, it would be tough on the gardener and the plant to do much transplanting. If you can wait, then my suggestion would be to dig them up in the fall, store them for the winter and replant in the spring. If you will lose them if you don't move them, then do so when you can. They will wilt horribly for a week or so after moving, but if you are diligent about keeping them watered, they should rebound. Fall is also my preferred time to plant a tree. They tend to have an easier transition when they are planted in the fall, so their roots get established while they aren't struggling in hot, dry weather to supply water to the leaves. 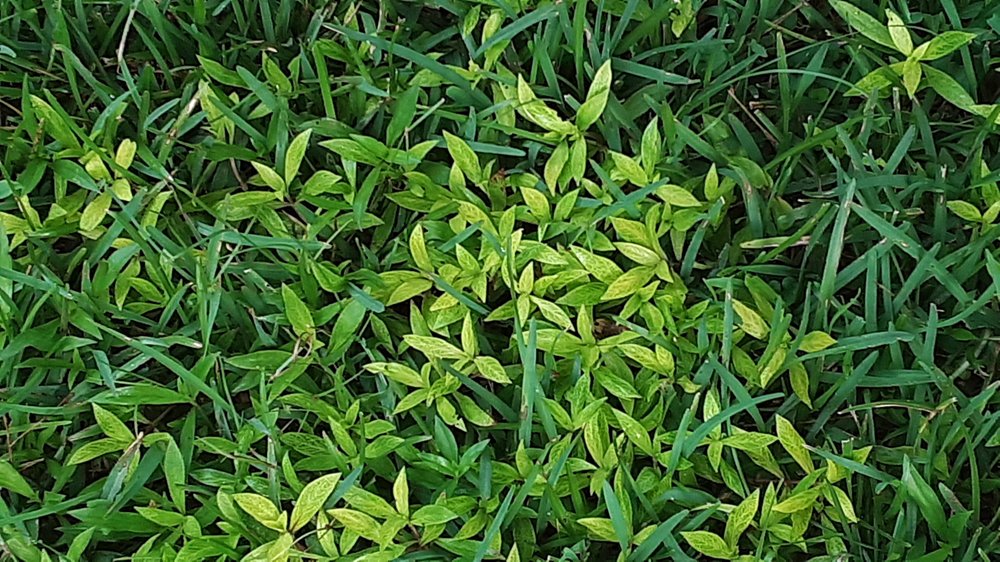 Virginia buttonweed is so low growing it can't be controlled by mowing. (Special to the Democrat-Gazette)

Q I have a patch of this in my yard. I tried weed killer, but it came back the next year and has started to spread.

A The weed in question is Virginia buttonweed. It is a perennial weed that is hard to kill. Herbicides tend to suppress rather than kill it. If you just have it in one spot in the yard, why not dig it up, or use Roundup (which will also kill your grass), and then re-sod in that one spot? Catching a problem early makes dealing with it less of an ordeal. Virginia buttonweed is prolific, and since it hugs the ground, your mower doesn't hurt it. The stems root as they spread, but if it blooms with its small, four-petaled flowers, they set seeds, which bring on more buttonweed. So replacing a small area of lawn makes sense.