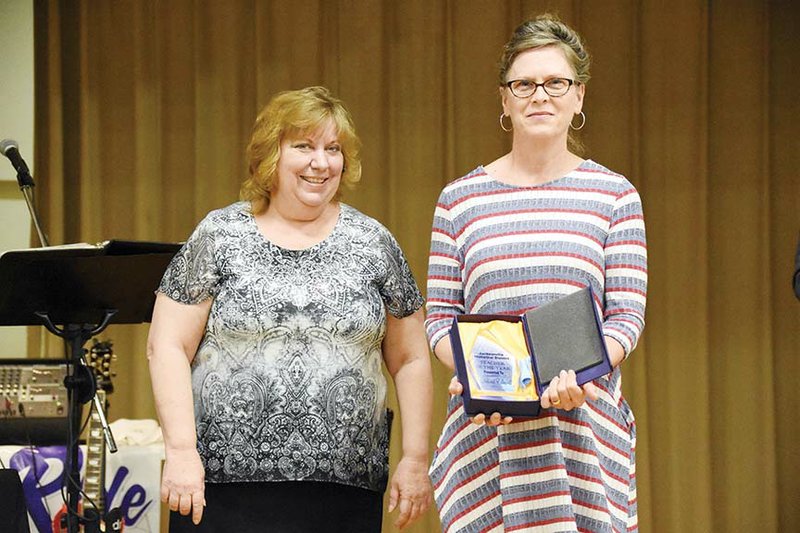 JACKSONVILLE — In 2014, Jacksonville Councilwoman Barbara Mashburn said she wanted to work on preservation of the history of her city by forming the Jacksonville Historical District.

“I started it when I walked down through First Street in Jacksonville in 2014,” Mashburn said. “It was just run-down streets, empty buildings. It was just a little area of the town that everybody forgot about. The more I started looking into it and doing research on these old buildings, I came to find out that in the early 1900s, this was the heart of Jacksonville.”

Mashburn said trains would come through the town.

“The stores were right there on First Street,” she said. “I was like, ‘Whoa. We’re a town rich in history, and nobody knows this.’ That’s what got it started.”

“I was getting requests from people wanting to know if we were going to offer any more awards,” Mashburn said. “We got together as a committee, and we came up with these additional awards. After all, the awards center around the people who volunteer their time for the city of Jacksonville. They are the ones who are making history happen.”

“We have a judging panel,” Mashburn said. “They judge what is on paper. They don’t see names. The people are all numbers to the judges.”

The only people who know who the winners are prior to the banquet are the master of ceremonies and the maker of the awards.

“The people who are nominated, we give them a free ticket for the banquet,” Mashburn said. “When you offer people a free ticket to come to a dinner or a banquet, they are going to want to show up.

“We know everybody. I’m not saying we’re a Mayberry town, but when you’ve lived here as long as I have, you know just about everybody in town.”

Edwards, who teaches Advanced Placement Calculus and Algebra 2 at Jacksonville High School, was surprised to receive the Teacher of the Year honor.

“Whenever they announced me as the winner, I was really surprised,” she said. “I thought one of the others would be chosen. I listened to the reason why they said I was chosen, and it was because I had been involved with the students, not only in class but outside of class.”

Edwards tutors students before and after school. She also attends ballgames with her husband, Doug, to support the students. It’s something they both did when they were teaching at Carlisle High School.

“We like to support the kids,” she said. “It’s kind of a way to get involved with the kids without the pressure of the classroom.”

Edwards has been teaching only eight years after spending 30 years as a graphic designer.

“When my nest emptied, I went back to school and worked on math,” she said, adding that she earned a master’s degree from the University of Central Arkansas in Conway.

“I still feel like I’m a new teacher,” Edwards said. “I don’t know how many years you have to teach to feel like you’ve been there a long time. I still feel pretty new.”

Twitty said she was honored to receive the Citizen of the Year award.

“I was completely shocked, and I’m very honored to receive it,” she said. “I didn’t expect it at all. It’s a real big honor to be recognized for the things I do.”

Twitty is on her second term as a Jacksonville city councilwoman.

“I’ve volunteered with every age group there is in Jacksonville,” she said. “I’m on the board of the Jacksonville Senior Center, so I get to work with the elderly. I’m a volleyball referee. I’ve been doing that for 14 years at all the schools in Pulaski County and Cabot. I’ve also officiated volleyball at the community centers in Jacksonville and Cabot, so I’ve worked with the younger kids.”