The social effects of TV: You are what you watch 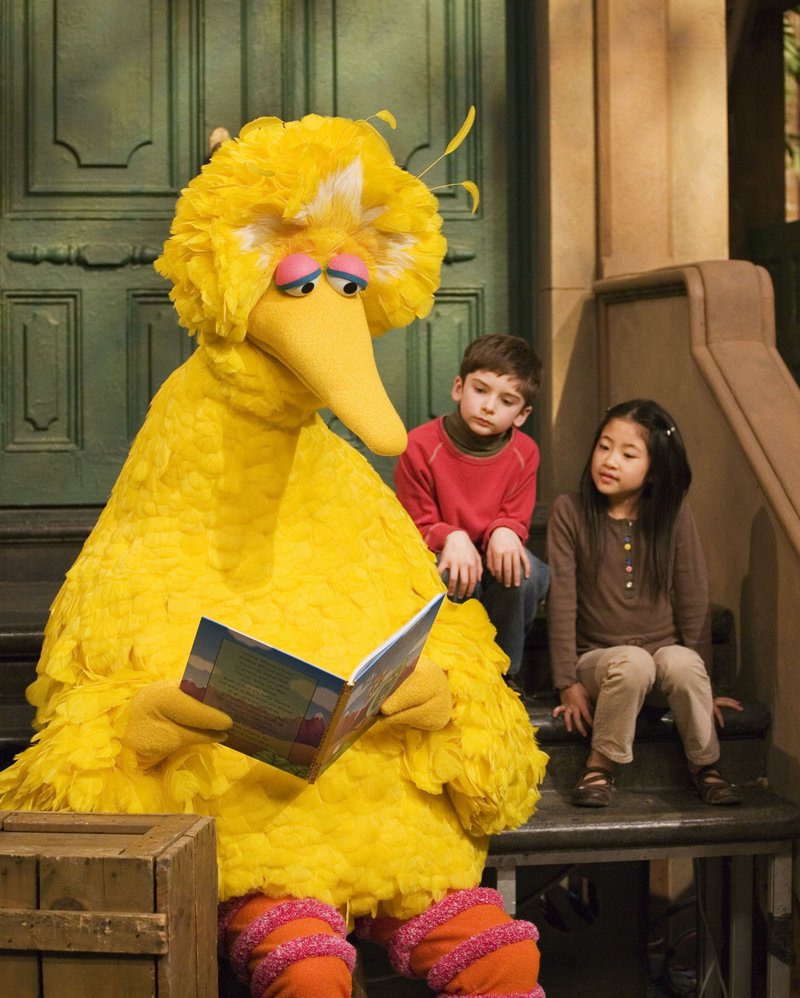 Big Bird reads to Connor Scott and Tiffany Jiao on an episode of Sesame Street filmed in New York in 2008. For years the series has been part of a study on the connection between intelligence and television consumption. (Photo by Mark Lennihan via AP)

Other than sleeping and working, Americans are more likely to watch television than engage in any other activity.

A wave of new social science research shows that the quality of shows can influence us in important ways, shaping our thinking and political preferences, even affecting our cognitive ability.

In this so-called golden age of television, some critics have pointed out that the best of the form is equivalent to the most enriching novels. And high-quality programming for children can be educational. But the latest evidence also suggests there can be negative consequences to our abundant watching, particularly when the shows are mostly entertainment.

The harm seems to come not so much from the content itself but from the fact that it replaces more enlightening ways of spending time.

Cognitive ability is a complex characteristic that emerges from interactions between biological dispositions, nutrition and health, parenting behaviors, formal and informal educational opportunities, and culture.

Studying the connection between intelligence and television consumption is far from straightforward, but researchers have developed compelling ways to isolate the effects of television.

Some of the best research has been done on the television program Sesame Street. The show, which began in 1969, was meant to develop early literacy, numeracy and emotional skills for children of preschool age. A detailed analysis of the show's content in its first and second years reveals that 80% of the program was dedicated to those goals, with the rest meant to entertain.

Researchers randomly assigned groups of low-income children ages 3 to 5 into an experimental group and a control group. In the experimental group, parents were given access to the show if they lacked it and encouraged in person once a month to have their children watch the show.

Over six months, from November 1970 to May 1971, the experimental group gained 5.4 IQ points — a large effect — relative to the control group and showed stronger evidence of learning along several other dimensions. Gains in cognitive performance were especially large for those who viewed the show frequently relative to those who did so rarely or never. A more recent meta-analysis of published research in 15 countries shows that Sesame Street has similar effects around the world.

In newly published research, economists Melissa Kearney and Phillip Levine examined longer-term effects of Sesame Street by comparing the educational outcomes of children and young adults in counties more or less likely to have access to the program during its early years. They found that children living in counties with better Sesame Street coverage were less likely to be held behind a grade level.

Other experimental research is consistent with the original Sesame Street findings. Low-income prekindergarten children scored higher on a social competence index six months after being randomly assigned to an experimental group, in which their parents were encouraged to replace age-inappropriate television with educational television.

We know that education increases cognitive ability, so it stands to reason that educational television would also have a positive effect.

Concerns about culture are hardly novel: Plato made a case for regulating the quality of artistic productions to avoid the corruption of youth and weakening of their character. Twenty-three centuries later, it is easier than ever to placate children as well as lose yourself in entertainment options — in the ocean of online videos, podcasts, cable, and streaming shows and movies.

These options are most likely harmless. Some provide relaxation, and others may modestly reshape cultural attitudes for the better; one study found that the introduction of cable TV empowered women in India. High-quality shows and films can be inspiring, even edifying.

Still, media providers and advertisers compete aggressively for our attention. Most lack the altruistic motivations that guided the producers of the original Sesame Street. The evidence from social science suggests that biased or sensationalist news programs may misinform citizens or discourage civic engagement, and that we should also be cautious about what we give up for the sake of entertainment.

Print Headline: The social effects of TV: You are what you watch