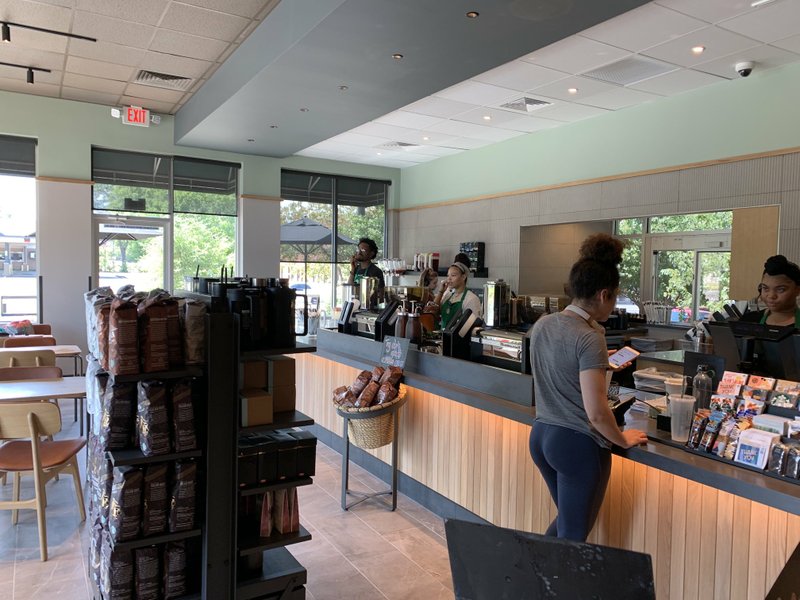 For a while, you couldn't get anything, much less anything you want, at Alyss' Restaurant, "a full commercial kitchen on wheels," parked on a lot at 301 Gill St., Little Rock, that owner Mary Hess is looking to turn into a food court/craft market. A month or so ago somebody broke into the truck, trashed it and stole her entire supply of groceries, except for some that was left as trash.

Hess has reopened and is serving breakfast to order and hot plate lunches, which she's posting on the Facebook page (facebook.com/AlyssRestaurant) — Tuesday's, for example, was Beef Cacciatore with garlic potatoes and your choice of fried zucchini, fried squash, fried okra, green beans, corn or salad (Hess gets her vegetables from the Bramble Market). Hess also caters. She's looking to attract other chefs and craftsmen to surround her in the coming weeks; the food court, she says, is also dog-friendly.

Her phone number is (850) 585-6455. Oh, and she named her business after her granddaughter, Alyss. The Gill Street spot is on a popular cut-through under a bridge and over railroad tracks for people traveling from Markham to Cantrell.

Taqueria La Pasadita Mexican Cafe, which is being forced to move out of the ramshackle building at 7706 Cantrell Road, Little Rock (which housed several incarnations of The Hop as well as several other Mexican and non-Mexican restaurants over the past several years) because it's about to be torn down, will end up, at least temporarily, as a trailer/food truck. A picture of it showed up Monday on the Facebook page (facebook.com/lapasadita7706) with the inscription, "Coming soon!!" Look for it as early as this weekend, or possibly the top of next week, parked on the lot that (until it burned down last year) was the Ozark Country Restaurant, 202 Keightley Drive, just north of Cantrell Road, Little Rock. It'll turn out their tacos, burritos and other authentic Mexican cuisine until the La Pasadita folks find a new permanent location, and they may keep it as a supplemental outlet. They'll keep the same phone number, (501) 223-9060. 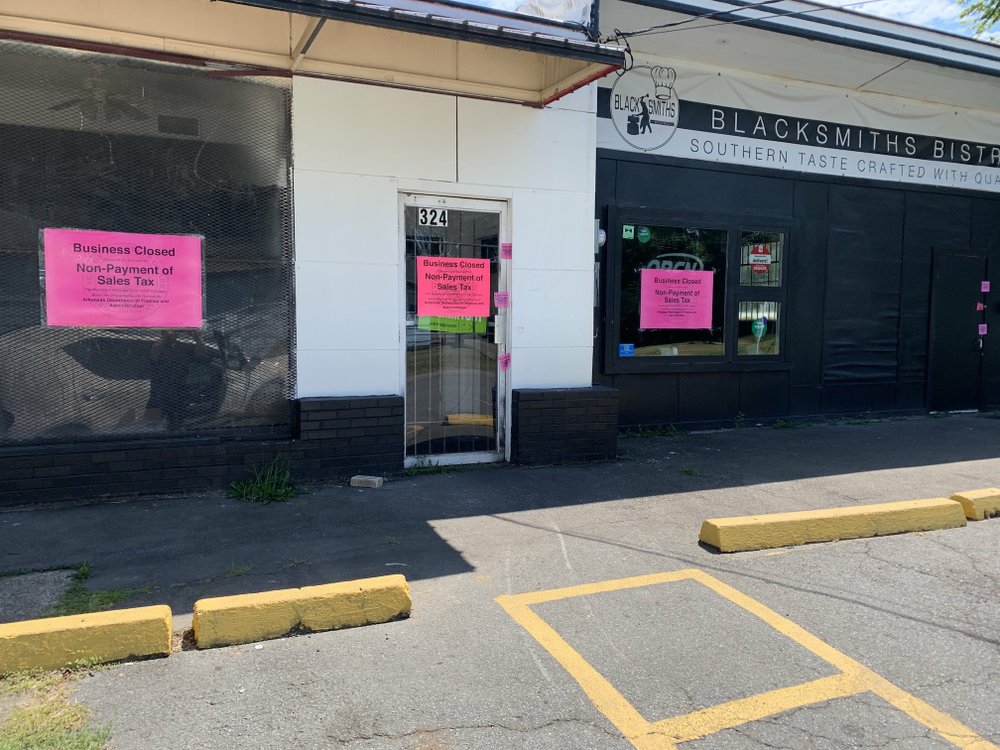 Blacksmiths Bistro, 324 E. 13th St., North Little Rock, has been shuttered, with big pink placards plastered on the windows and pink stickers pasted over the door, by the state Department of Finance and Administration for nonpayment of sales taxes.

Fennel and Fire Crafting House, purveyors of a line of organic spice blends, will open its first storefront this fall at The Garage Shops, 402 E. Third St., across the street from Dugan's Pub and next to the 404 Third St. Segway Tour Co. Owner Tay Stratton is the sister of Tasha Stratton, who runs Stratton's Market, on the south side of Third Street next to Dugan's, owned by her brother-in-law, Don Dugan.

Restaurateur Tim Chappell, owner of the now-closed Gusano's on President Clinton Avenue, had said for some time that the space, which was briefly a location for Michael Juiliano's Hot Dog Mike, was going to be be a resurrection of barbecue legend The Shack. Subsequently he declared it would become another, less prestigious barbecue place before he abandoned the project earlier this year.

The other side of the space is apparently still for lease, according to a sign in the window suggesting possible tenants contact John Martin of Newmark Moses Tucker Partners.

It won't, however, as one report we got suggested it might, become the long-awaited second outlet for Two Sisters Cafe. The cafe/catering operation, 3130 E. Kiehl Ave., Sherwood, is still working on that Little Rock location at 201 N. Izard St., long past its original target of April or May. It'll still be primarily a coffee shop and cafe that will also possibly feature take-and-bake pastries, but many delays in remodeling the existing building have meant the Sherwood folks aren't even speculating on any timeline more specific than "still several months out," much less what days and hours will be. Two Sisters' phone number in Sherwood is (501) 351-4289.

Asian Bar & Grill, 14524 Cantrell Road, Little Rock, the most recent occupant of the revolving door space that previously housed Gina's Sushi & Grill, the final resting place of Sai Gon, two versions of The Main Cheese, a brief incarnation of Whole Hog Cafe and an even briefer second outlet for Hawgz Blues Cafe, is in the process of converting to Infusion Bar & Lounge. Apparently it's going to be a hookah bar/music venue; it'll continue to serve a mostly Chinese Asian fusion menu, but is gearing it more toward the "bar" end of the spectrum. Hours are noon-1 a.m. Monday-Saturday, noon-midnight Sunday. The phone number remains (501) 673-3934.

Cooksey's Southern Cafe opened Aug. 1 at 27024 Kanis Road, Ferndale, where Kanis meets the Ferndale Cutoff, an intersection known to locals as the "the 4 Way." The home-cooking menu includes chicken and pork chops (fried, baked or smothered), liver and apples, hamburger steak, spaghetti, chicken and spaghetti, chicken and dressing, chicken and dumplings, pot roast, brisket, ribs, catfish and a sandwich menu that includes pulled pork and beef, burgers, a "Rueben" and a Monte Cristo. Hours are 11 a.m.- 7 p.m. Tuesday-Thursday, 11 a.m.-8 p.m. Friday-Saturday, 11 a.m.-6 p.m. Sunday. The phone number is (501) 830-3045. Previous occupants of the building over the past two decades or so have included the 4 Way Cafe, Hayestack Cafe, Bob's Bistro & Catering, Out West and J.C.'s Country Cooking.

And we have this update on Zen Thai & Fusion, in the Pinnacle Creek shopping center, 14810 Cantrell Road, Little Rock: Not only has it closed, but the entire contents of the restaurant, including, apparently, the light bulbs, and the sign off the front of the building have vanished as though they had never been. Calls to the phone number, (501) 367-8308, continue to result only in a rapid busy signal.

Suzanne Raiford, owner of Daisy's Lunchbox, 311 N. Spruce St., Searcy, is one of two South Central Region winners in General Mills Foodservice's 2019 Neighborhood to Nation Recipe Contest, through which independent family or "neighborhood" restaurants submitted an original recipe — in this case, for a Strawberry Almond Shortcake Roll that combines a jelly roll and strawberry shortcake, made with a Gold Medal cake mix, a sweet and creamy filling and strawberries. Aug. 19, General Mills representatives will hand Raiford a check for $5,000, as well as $1,000 to share with a local charity — the Imagine and Believe Foundation, which supports foster children and families. This also puts her into the running for the contest's grand prize, to be announced in late August: One of 10 regional winners will receive $10,000 in cash and $2,000 for charity, plus as a three-day trip for two in October to the Food Network & Cooking Channel New York City Wine & Food Festival. You'll be able to vote via Facebook next Monday-Friday.

And amateur teams from across the mid-South will vie for barbecue honors as all proceeds go to the American Cancer Society of Central Arkansas in the 11th annual B Street Rib Off, kicking off at 8 a.m. Sept. 7 in North Little Rock's Argenta Art District. The event will also include music, beverages from Flyway Brewing and a raffle that includes merchandise from several Arkansas retailers. Teams interested in cooking for the competition can register at BstreetRibOff.org, where there is a list of rules and more information about the competition. Members of the public can judge the People's Choice category for a small donation.