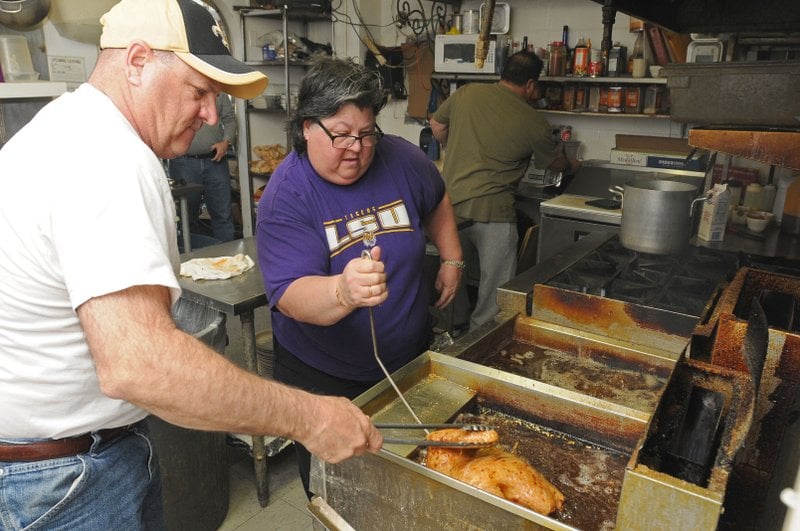 FILE — Maudie Schmitt, owner of Cafe Rue Orleans, center, turns a turkey in a fryer with the help of her brother Thomas Schmitt, in this Nov. 22, 2012 file photo. ( Anthony Reyes)

A Northwest Arkansas chef and restaurateur will be a contestant on a new Food Network program set to debut this month.

Maudie Schmitt, owner and executive chef of Cafe Rue Orleans in Fayetteville, is scheduled to compete on Supermarket Stakeout, which will debut at 9 p.m. Aug. 13. The show will be hosted by celebrity chef Alex Guarnaschelli, a news release said.

Schmitt and three other contestants are set to take part in the cooking competition, which will feature three elimination rounds.

Each contestant on the show receives $500 to purchase groceries from real shoppers who are exiting a store, and they then cook with the ingredients they collect. The winning chef receives $10,000.