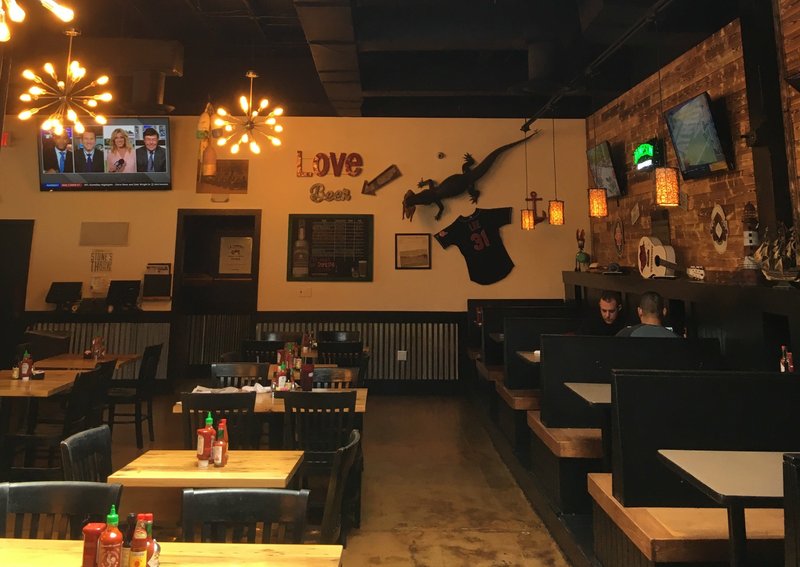 The interior of very short-lived Live Life Chill is shown in this file photo. Diablos Tacos & Mezcal expects to open in the space later this year. ( Eric E. Harrison)

Diablos Tacos & Mezcal, an upscale Mexican restaurant that opened in February in downtown Hot Springs has signed a lease to open a second location in Little Rock’s River Market District.

The 5,500-square-foot space at 300 President Clinton Ave. at the confluence with LaHarpe Boulevard started out as the “Rumba” restaurant half of Rumba & Revolution, and most recently housed the very short-lived Live Life Chill.

Partner and general manager Antonio Gonzalez says the target for Diablos to open will be November or December.

He describes Diablos as a “new concept in Arkansas … pairing mezcal and a good selection of wine with the best of Mexico and Mediterranean food.” Gonzalez says the menu, which he expects will expand in Little Rock over the one in Hot Springs, focuses on “urban” tacos and tapas, the latter based on olive oil, wine, bread and cheese. (Check it out at diablostacosandmezcal.com.)

Hours at the Hot Springs location at 528 Central Ave. are 11 a.m.-10 p.m., but Gonzalez expects the Little Rock spot to stay open later on weekends.