IN THE GARDEN: Janet Carson answers your questions 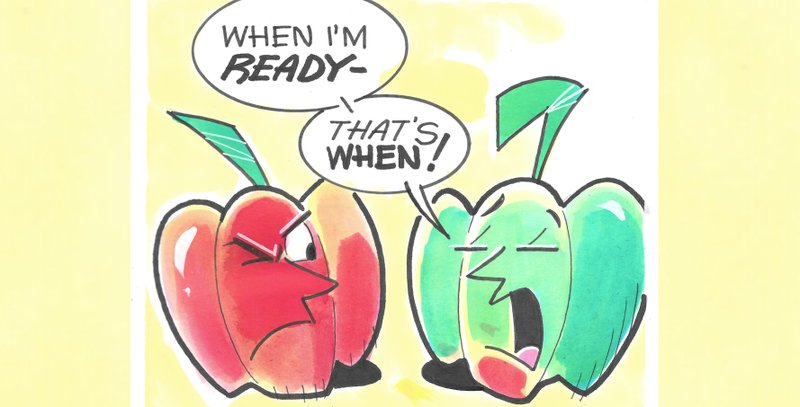 Q I bought an "orange" bell pepper plant at the garden store — so far it only produces green fruit ... should we wait to pick them? Will it actually turn orange?

A Any of the "colored" bell peppers will start out green, but if allowed to mature will turn orange, yellow or red, depending on the variety. They are edible at all stages once they form but will eventually change color, if you are patient.

Q I see a lot of questions concerning Japanese beetles. I found a trap at my local nursery. It's just a Japanese beetle trap. My cherry tree and grapevines were infested. I hung the traps as directed and had no more problems except for two bags full of dead beetles.

A It has been a bad year for Japanese beetles. These insects entered the United States in 1916 on the East Coast with a shipment of iris rhizomes. Since then, they have migrated across the country and are making their way into even southern Arkansas. Japanese beetle traps are an excellent way to control Japanese beetles but may not handle a large infestation, unless you have a lot of traps and empty them weekly during insect activity, which typically lasts 6-8 weeks. The traps are a good way to know when you have the problem. When using traps, don't put them next to a prize rose bush, or the beetles may want to feed on the rose and not the trap. Another weapon is Milky Spore, a naturally occurring bacteria. 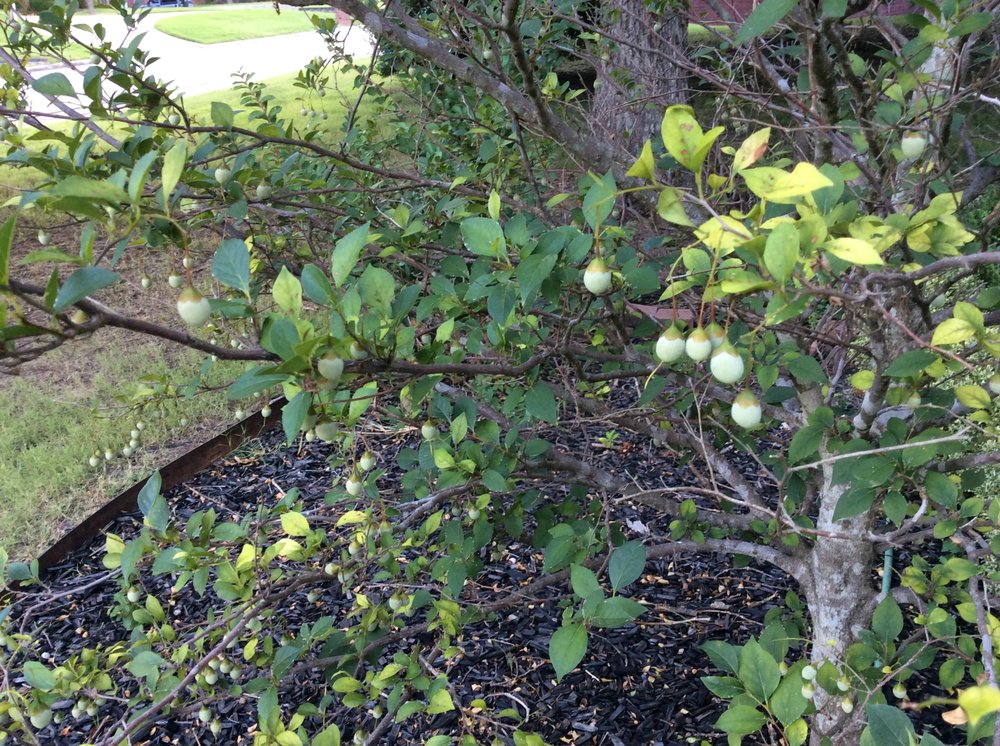 Slow-growing Styrax or Japanese snowbell has lightly fragrant white flowers in the spring followed by olive-shaped fruits that can persist into fall. (Special to the Democrat-Gazette)

Q This tree has small white flowers in spring, a gray bark trunk and interesting prolific dangling hard "fruit." The tree in question has its trunk on the right side of the photo — the larger one in the middle is an oak. Any idea what it is and any special treatment?

A The tree in question is one of my favorite small trees, Styrax or Japanese snowbell. It has beautiful, lightly fragrant white flowers in the spring and these olive shaped fruits which can persist into fall. It can grow up to 20 feet or more in height but it is slow growing. It can tolerate full sun if watered, but would probably be happier with full morning sun and some shade in the afternoon.

Q While we were living in central Texas, I could easily grow a Texas mountain laurel and found them ideal for our relatively small backyard. I grew potted flowers under the tree and every year would get several volunteer seedlings. When we moved to Little Rock two years ago, I planted two of the seedlings and both have done well so far, growing to a height of three to four feet. Both appear to be healthy at this point. I would love to grow them to maturity so that we can enjoy their very fragrant spring blooms again. I know they grow best in alkaline soil and would appreciate any advice you can provide on how to maintain the correct soil pH along with any other suggestions you have.

A Texas mountain laurel is Sophora secundiflora. This slow-growing member of the pea family has beautiful, fragrant clusters of purple blooms on an evergreen large shrub/small tree. At maturity it can grow to be 10-15 feet tall or larger. It is native to south-central and western Texas into New Mexico. Its range of hardiness is zone 8 to 11, so it should survive in central Arkansas. It is supposedly hardy to 10 degrees, but a particularly cold winter could do some damage. It will not tolerate wet soils. It does prefer an alkaline soil, so liming the soil at planting would have been ideal, but that advice is too late now. Apply lime around the plants and lightly work it in. It takes a bit for lime to work its way into the soil profile. You may want to take a soil sample to your county extension office to see how acidic it is. 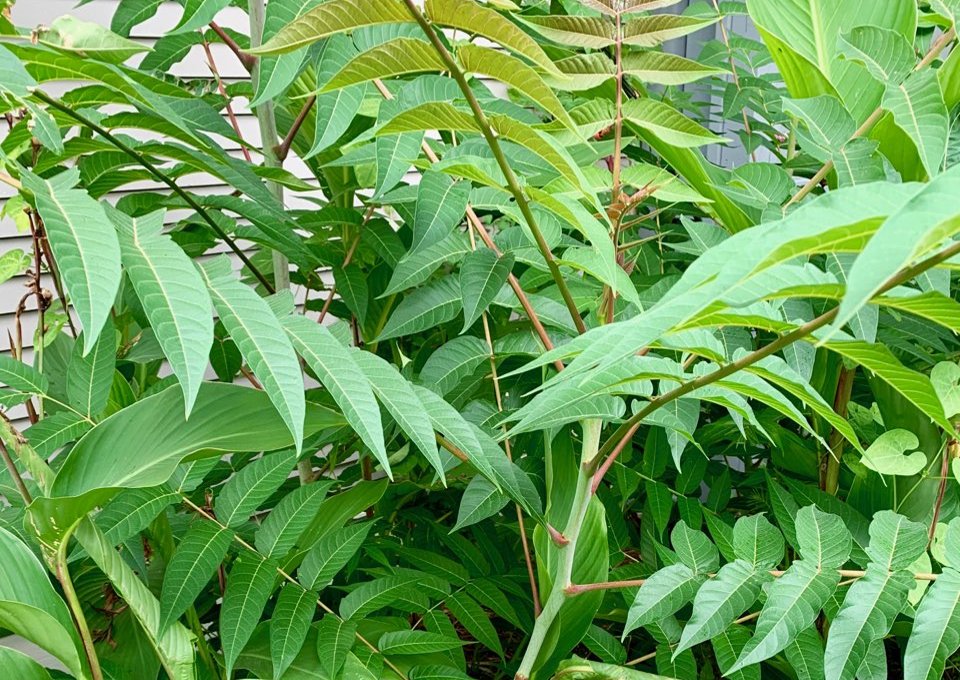 Ailanthus altissima, an invasive plant commonly called Tree of Heaven, spreads quickly by underground roots and also reseeds itself. (Special to the Democrat-Gazette)

Q Every spring I cut this weed or tree to the ground and every year it comes back bigger and stronger than ever. It is coming up in several of my beds. How can I get rid of it permanently? Thanks — please help!

A The plant in question is Ailanthus altissima, commonly called Tree of Heaven. Some gardeners may call it Tree of Hell, as it quickly spreads by underground roots, and reseeds itself. It is an invasive plant. Since it is growing in and around other desirable plants in your garden, your best bet would be to cut it at the soil line and paint the cut edge with a Roundup-like product. Any spray that would kill it would also kill the perennials around it. Don't be surprised if you still see some root suckers appearing next spring, but cut and treat again until you no longer see it. If you can dig it up by the root system, that would also help.