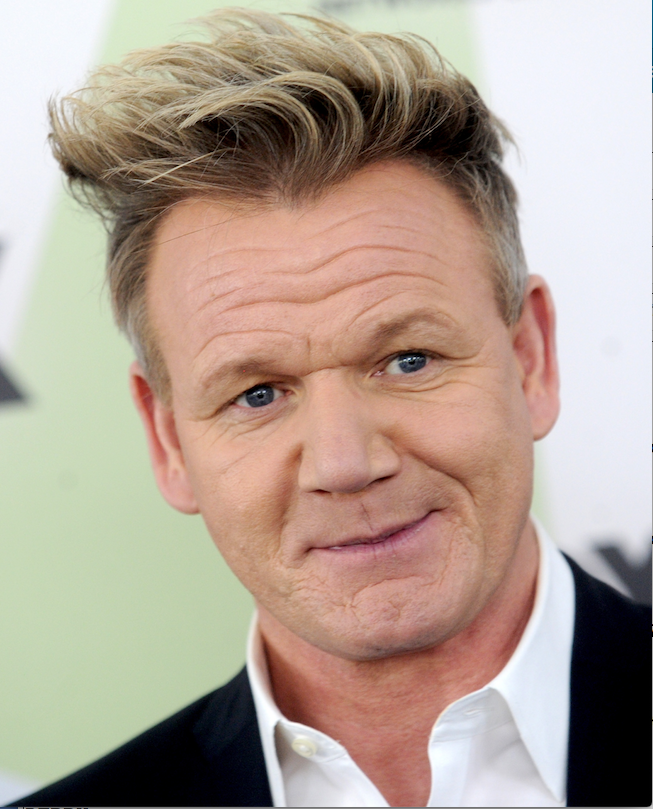 LOS ANGELES -- You don't thrive in the restaurant business the way Gordon Ramsay has without developing a thick skin. That's not to say a bad review doesn't sting, but he can at least understand such evaluations are made by sampling his product. That was not the case with the initial reaction to his new National Geographic Channel series, Gordon Ramsay: Uncharted (9 p.m. Sundays).

As soon as it was announced last year that Ramsay would be adding another TV series to his long resume where he would be traveling the world sampling other cuisines, criticism exploded that he was trying to copy the series hosted by the late Anthony Bourdain. The show does feature that element, but it also challenges Ramsay physically as he climbs to the top of rocky cliffs and dives to the bottom of the ocean to get the ingredients for the meal he will later cook with top chefs in the region.

The series hasn't been edited to make Ramsay look like a superhero, as he often struggles with the physical challenges. He promised the network and his team the show would be brutally honest.

"Part of that comes from the criticism when we announced the show," Ramsay says. "We fought off those criticisms because people need to see the program. It has always been a cheap shot."

In the first six episodes of the series, Ramsay travels to Peru, Laos, Morocco, Hawaii, Alaska and New Zealand. If there are comparisons to be made, it would be to Gordon's Great Escapes, Ramsay's 2010 series for the U.K.'s Channel 4, where he explored the food culture of India and Southeast Asia.

What drove Ramsay to want to do the show was a passion to cast a spotlight on the foods of the world. That often meant learning himself about the indigenous food, whether cooked by a top chef or the locals. The menu ranges from weaver ant eggs to cactus worms.

Criteria for selecting the areas to go to started with Ramsay wanting to visit places he had never been.

"It was also about the food DNA," Ramsay says. "What lies beneath the smokescreen culturally? For example, I have always been excited about Peruvian cuisine but never got to grips with the Mauryan insight. I had been to Asia before but never to Laos. It was about the ingredients and getting to their magical source that got me to those locations."

Ramsay admits that once you hit a certain level of success, the tendency is to become complacent, and that can be a big problem. He wants to continue learning by going back to the source of certain dishes and cuisines to re-educate himself. Ramsay feels the same kind of hunger for knowledge when he goes to the different locations as he did when he was 26 and began his desperate fight to earn three stars with the influential Michelin Guide.

The knowledge Ramsay continues to collect is then passed on, whether through the evaluation of a dish created by one of the competitors on his TV programs or through the journeys he wants to share with viewers through his new National Geographic series.

Gordon Ramsay: Uncharted joins Hell's Kitchen, MasterChef, MasterChef Junior and 24 Hours to Hell and Back on the growing list of programs featuring the Scottish chef. The growing demands on his time fit his personality.

"I guess I have always been a multitasker," Ramsay says. "I have an amazing team and with that team comes great creativity. I am a firm believer in keeping it fresh."