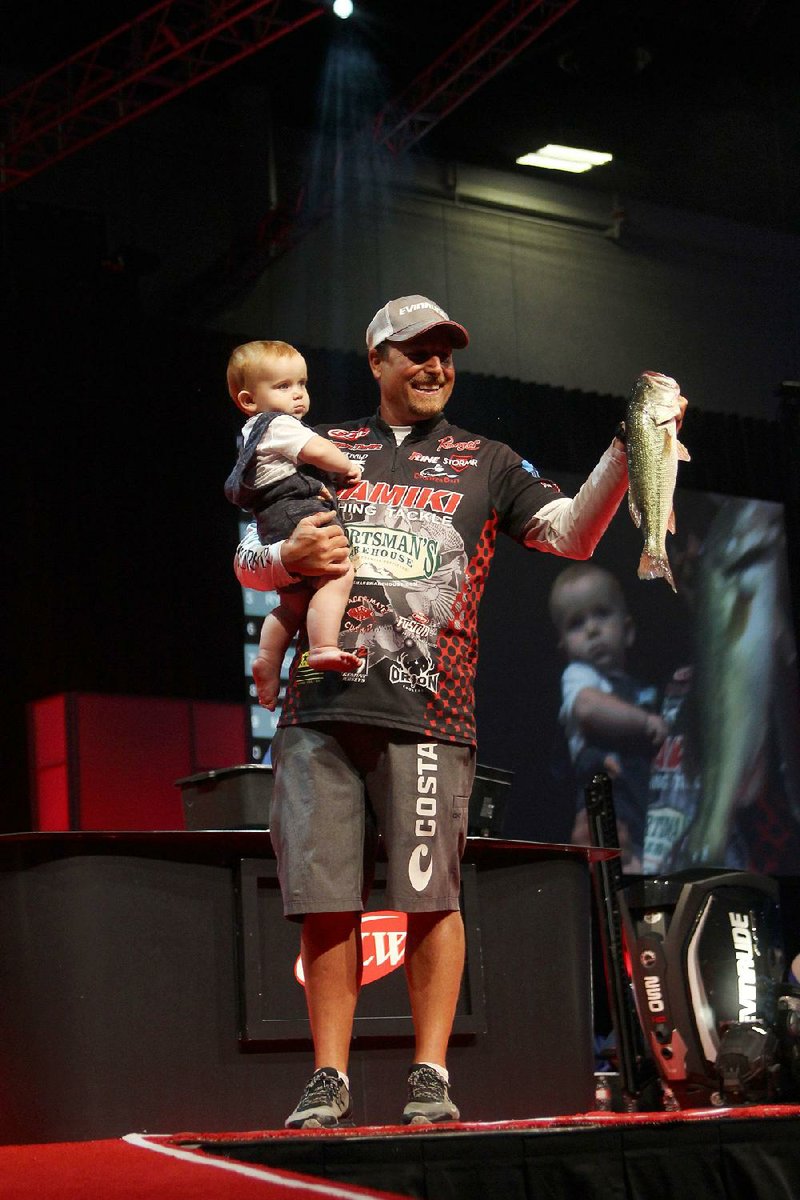 HOT SPRINGS -- Bryan Thrift of Shelby, N.C., caught five bass weighing 12 pounds, 7 ounces to take a 24-ounce lead into the championship round of the FLW Cup today at Lake Hamilton.

Thrift said he has not been able to decipher a pattern for fishing since the tournament started. He said he covered a lot of water and caught all of his fish with plastic worms in deep brush piles. He said that has been a mental challenge, and that it has been hard to maintain his focus and composure.

"If I could catch a couple early, it would really calm me down and settle me in and give me the confidence to fish each place like I need to fish it," Thrift said. "On a tough bite, I tend to start fishing faster and not be as thorough, and that usually turns into a really bad day."

Thrift said he knows where fish should be, but he hasn't found those places consistently.

Other anglers, such as Ebare, made big jumps from the first day to the second. Lawyer has been rock steady, with only a 4-ounce difference between the first and second day. Nevertheless, Thrift said he is comfortable with his trend line.

"I feel content," Thrift said. "I'm not getting spun out like I normally do. When I lose, I usually beat myself."

Walters is experiencing a similar trend. His second-day weight was 21 ounces lighter than the first round. However, he kept himself in contention by catching two fish that weighed about 7 pounds combined on one cast with a crankbait.

"That fired me up," Walters said. "I thought I had a big walleye, and here come two. I knew right then I probably had enough to make the cut."

Walters said he is targeting big fish, but so far his limits have contained two fish heavier than 3 pounds and a pair of 2-pounders.

"I've weighed in a small fish both days. That bothers me," Walters said.

Ebare, who weighed in the heaviest limit Saturday at 14-15, jumped from 20th place to third. He credited his success to switching to lighter line. He used 12-pound test line Friday and for part of Saturday, but big fish only followed lures tied to the heavier line.

"I can't tell you how many 3-pounders would nose up to the bait and then turn and swim away," Ebare said. "I was too stubborn [Friday], but when it happened again [Saturday], I knew I had to do something different."

Nobody uses 8-pound line in Louisiana, Ebare said, adding that he had to learn to use it to fish competitive nationally. To condition himself, he took light tackle to Canada to fish for giant smallmouth bass.

"That makes me nervous because around cover, if a fish makes a wrong turn, you get in a bind with that light of a line," Ebare said.

Had he switched sooner, Ebare said he would probably be leading the tournament.

"This is my first event," Ebare said. "I've fished a lot of three-day events, and the guys that win those events usually smash them and ride that out. You have to manage your fish, but you also have to make it to the third day. I had to put the pedal down and make sure I got there."