Even-keeled Twins trying to stay that way in tight race 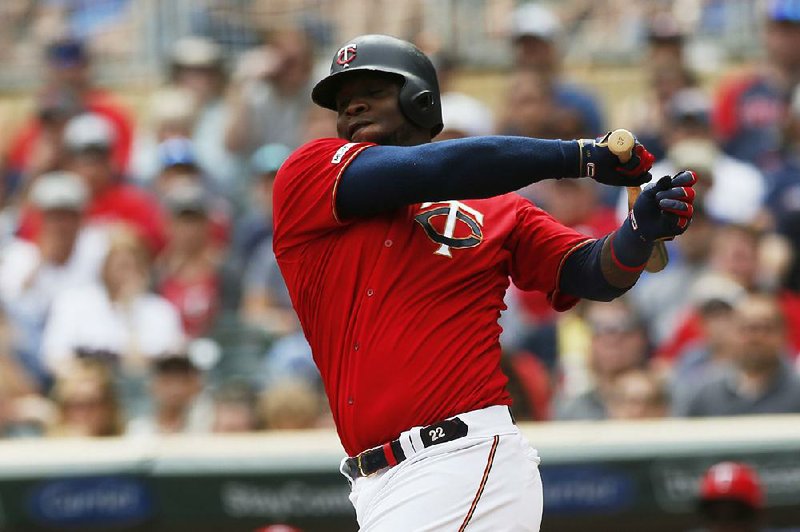 Miguel Sano and the Minnesota Twins have managed to stay upbeat despite los- ing five of seven games to the Cleveland Indians, which put both clubs in a tie atop the American League Central Division standings going into Monday’s action.

MINNEAPOLIS -- The home clubhouse in Minnesota was silent after the final game of the series was lost to Cleveland in distressing fashion, a fifth defeat in the last seven contests for the Twins that let the surging Indians create another tie for the division lead.

As players packed for a road trip, minus the usual upbeat music blaring in the background, the mood in the room was hardly somber or tense. Even having the would-be winning run get thrown out at the plate in the ninth inning and the team's top relief pitcher give up a grand slam in the 10th did not qualify as a devastating development amid the 162-game grind of baseball.

Particularly not under the supervision of rookie Manager Rocco Baldelli, whose perpetually relaxed and upbeat demeanor has had more of an influence on these Twins in his first year than any strategic decision or lineup change.

"We're in a pretty good frame of mind," Baldelli said following Sunday's 7-3 loss to the Indians. "You're going to go through runs where you're playing good teams. You're going to go through runs where you're playing well, winning some games but losing some games that you think you should win. We play so many games here and our guys give a tremendous effort every single night when we're out there that there's really nothing more you can ask for. We have a very stable clubhouse, which we're very fortunate for. We have a lot of guys who show up every day the same way, regardless of whether we win or lose."

Perhaps part of the even-keeled approach can be traced to expectations. The pressure has been on the three-time defending American League Central champion Indians, who were one game away from winning it all in 2016, to make it back to the World Series before the window closes for their current core group of players.

The Twins, even if designated hitter Nelson Cruz is 39 and three of their starting pitchers are eligible for free agency this fall, surprised even a significant faction of their own organization by taking a lead that ballooned to 11½ games on June 3. They're built largely around players just entering their primes, like closer Taylor Rogers, whose ERA hit a season-worst 2.68 after Carlos Santana took him deep with the bases loaded.

"If it was a sprint, Cleveland would have had a bad year when they didn't start so hot. It's a marathon," Rogers said, "and this group will keep doing what it has been doing, and we will see what happens at the end."

The Twins had a break on their schedule on Monday, with the Indians at home against Boston.

The Twins got some welcome news: An exam of Cruz's left wrist by a specialist in New York found no damage beyond the initially diagnosed ruptured tendon. Cruz will avoid surgery and resume a hitting program upon joining the team on Tuesday in Milwaukee. He is eligible to return from the injured list Aug. 19.

"We've done it many, many times before," Baldelli said. "No reason to believe anything is going to change. Our guys, they'll be out there on Tuesday ready to go."