CBS, Viacom to try another tie-up 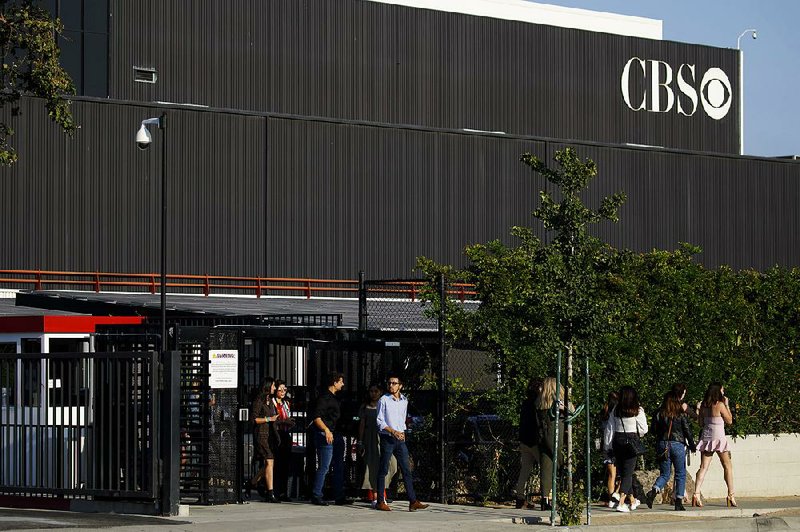 NEW YORK -- CBS and Viacom said Tuesday that they will reunite in an all-stock deal, bringing together their networks and the Paramount movie studio as traditional media giants challenge streaming companies like Netflix.

Viacom owns Paramount Pictures and pay TV channels such as Comedy Central, MTV and BET, while CBS has a broadcast network, television stations, Showtime and a stake in The CW over-the-air network. The announcement followed marathon negotiation sessions this week as the two sides hashed out a price for the merger.

Analysts say the reunion will help both companies navigate an ever-competitive streaming landscape. MoffettNathanson analyst Michael Nathanson said Paramount's movie library could be added to Showtime's premium networks and streaming service, for instance, while CBS' streaming service could get a boost from Viacom's Nickelodeon video.

[Video not showing up above? Click here to watch » https://www.youtube.com/watch?v=QaneZLYaK_Y]

"We unite our complementary assets and capabilities and become one of only a few companies with the breadth and depth of content and reach to shape the future of our industry," Bakish said in a statement.

The combination is expected to generate $500 million a year in corporate cost savings within a year or two of the deal closing. The combined entity, valued at about $30 billion, is expected to have more than $28 billion in sales.

CBS shareholders will get 61% of the combined company, called ViacomCBS Inc., with the remainder going to Viacom investors. Each Viacom share will convert into 0.59625 of a CBS share.

CBS was one of the first media companies to start its own streaming service, CBS All Access. The $6-a-month service now has a new Star Trek series, a revival of The Twilight Zone and archives of old and current broadcast shows. CBS says All Access and its Showtime streaming services have 8 million subscribers combined. That's far less than the 60 million U.S. subscribers that Netflix has, though it's comparable with the estimated number of subscribers to HBO Now, that network's stand-alone streaming service.

Now, Disney, Comcast's NBCUniversal and AT&T's WarnerMedia are jumping in with their own services as well to challenge Netflix, Amazon, Google and other tech companies encroaching into entertainment. To expand its library, Disney bought Fox's entertainment businesses for $71 billion in March, while DirecTV owner AT&T bought Time Warner last year for $81 billion.

"There's growing pressure on companies to bulk up content libraries and merging is the easiest and safest way to do that," Begley said.

Begley said the combined entity might have to consider other acquisitions to keep up with competitors. However, the number of possible targets is dwindling, he said, with what's left are mostly smaller companies such as the Discovery and the AMC television networks and the MGM and Lionsgate movie studios.

CBS and Viacom have had an on-again, off-again relationship.

CBS split from Viacom in 2006, but both remained controlled by National Amusements. Shari Redstone, daughter of media mogul Sumner Redstone, runs the holding company and will become chairman of the combined entity.

CBS will receive six seats on the 13-member board, while Viacom gets four. Another two will go to National Amusements.

The 2006 split was a way to separate Viacom's networks like MTV, Nickelodeon and BET, which were very successful at the time, from the slower growth of the CBS network.

But over time, the two companies' fates were reversed. CBS under longtime chief Les Moonves became more profitable and Viacom struggled, hurt by weakness in its Paramount studio and people dropping cable television in favor of streaming.

A recombination makes sense now because media companies are bulking up their content offerings to better compete for ad dollars. But Moonves was against the idea, as CBS was stronger and more profitable than Viacom.

Moonves' ouster last year in the face of sexual-misconduct allegations changed the dynamic. Under an agreement, Shari Redstone agreed not to push for a reunion for at least two years, but that left open the possibility of CBS itself pushing for it.

CBS and Viacom have ties that go back to the 1970s. The latter was spun out of CBS in 1971, after the Federal Communications Commission ruled that TV networks couldn't sell programs into syndication after the shows had completed their original runs.

Viacom became the vehicle that marketed reruns of I Love Lucy and Gunsmoke, and attracted the interest of Sumner Redstone as an investment. He acquired control of the company in 1987 and purchased CBS in 1999.

Information for this article was contributed by Mae Anderson of The Associated Press and by Nabila Ahmed, Ed Hammond, Lucas Shaw, Jeff Green, Gerry Smith and Christopher Palmeri of Bloomberg News.