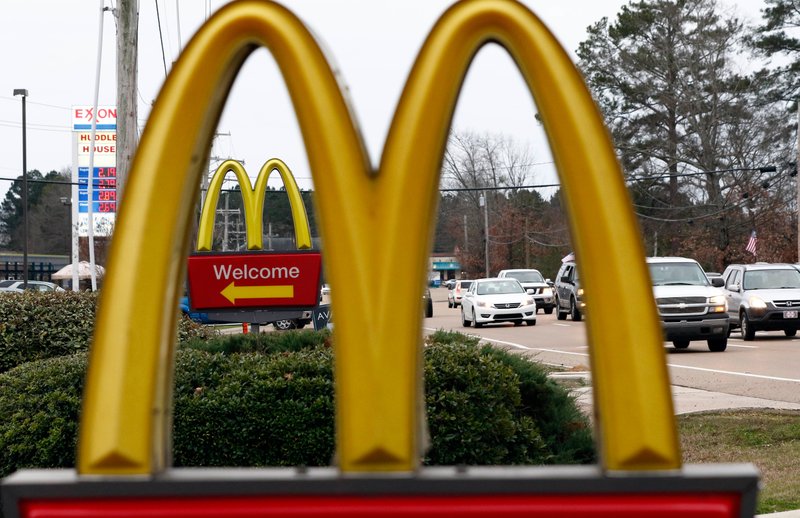 Fast-food giant McDonald's Corp. buys tons of commodities from suppliers around the world, and yet the super-size orders are filled in Arkansas.

Just last year, the McDonald's system bought more than $676 million in agricultural products from the Natural State, ranging from chickens and canola to soybeans.

That makes Arkansas one of the largest U.S. farm-goods suppliers for the fast-food chain, second only to Texas.

"The support of great companies, like the McDonald's system, allows our local farmers to thrive while helping to feed millions of people across the country," Gov. Asa Hutchinson said in a statement.

At first glance, Mark Lambert, administrator of the Arkansas Corn and Grain Sorghum Board, said he could not believe the amounts McDonald's claims it purchased.

McDonald's also bought 34 million pounds of canola from the state last year, making Arkansas the fast-food giant's second-largest canola source in the country. Lambert said he was surprised to see that. It seemed impossible because the state grows so little canola, even the USDA doesn't track it in its routine reports on Arkansas crops, he said.

What made it possible was Canada; the world's largest exporter of canola, representing more than 40% of the market in 2018.

For the past five years, canola oil has been in Arkansas' top five agricultural imports from Canada, Melvin Torres -- director of Western Hemisphere trade for the World Trade Center of Arkansas in Rogers -- said in an email. The state imported $10 million in canola oil, 2018 data show.

So the McDonald's figure isn't unexpected, he said, "much like Canada buying a large amount of rice from Arkansas."

A full breakdown of how all farm goods are used was not available, but spokesman Joshua Cook said McDonald's uses corn and soybeans for animal feed, and soybean oil for products in restaurants.

The fast-food giant also has receipts for Arkansas chicken, flour and soybean oil. Considering how much was spent on corn, soy and canola, the lion's share of purchases likely came from chicken.

Tyson Foods of Springdale has ties with McDonald's, having secured contracts to produce chicken nuggets for the chain and other restaurants decades ago, according to the Encyclopedia of Arkansas. Now Tyson supplies chicken nuggets and tenders to fast-food and grocery stores worldwide.

Most recently, Tyson bought Keystone, a major chicken supplier to McDonald's, in a $2.16 billion deal. With that Tyson reconfigured its leadership team, appointing Doug Ramsey to be the group president of its global business with McDonald's earlier this year.