Vince Gill might make people break down in tears when they listen to his new record in which he sings about regret, marriage, faith, sexual abuse and hard choices. But then again, so did he. When the country singer recorded his song “When My Amy Prays,” about his relationship with God through his wife Amy Grant, he choked up. His voice faltered, and he decided to leave it as is. “I don’t so much anymore feel like I want to get impressed by music as much as I want to get in it and be moved,” said the 21-time Grammy winner at his home in Nashville, Tenn., after finishing a recent European tour with The Eagles. “There’s a lot of life tied up in these songs and it gets somewhat emotional sometimes.” Okie, out Friday, is full of songs that he said he waited a lifetime to write and record. One of the songs on the album is “Forever Changed,” about child sexual abuse. Gill doesn’t assume he knows what that is like, but he said he was inspired by an experience he had as a seventh-grade kid. “I was on the basketball team and the basketball coach, the gym teacher called me into his office,” Gill said. “I’m sitting on his desk and the hand goes on my leg and it goes further and further up.” Gill said he ran away and nothing further happened, but he thought about it a lot and kept trying to find the right words. “Sometimes the innocent don’t have a voice,” said Gill. “When you’re a kid and somebody is abusive to you, you don’t know how to handle it. You don’t know how to deal with it.” He sang the song when he was rehearsing for a show years ago and a woman in his band heard it and ran off the stage crying. “She came to me later and said, ‘How did you know that’s my story?’” Gill said.

Carrie Underwood, who has hosted the Country Music Association Awards since 2008 with Brad Paisley, is losing her partner-in-crime. But she won’t be on her own: The CMAs announced Monday that “special guest hosts” Dolly Parton and Reba McEntire will join Underwood during the Nov. 13 event. The organization says the show will celebrate “legendary women in Country Music throughout the ceremony.” Though female acts are finding success on the country music scene, they’ve received little love on country radio as male acts continue to dominate. The last time a woman won CMA’s top prize, entertainer of the year, was in 2011 when Taylor Swift won the honor. Nominees for the CMA Awards will be announced Aug. 28. 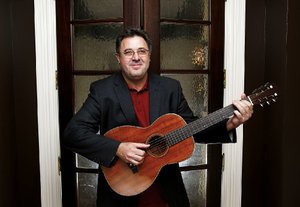 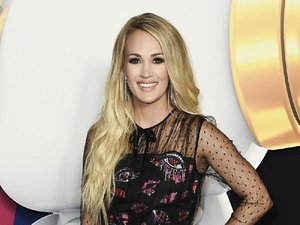