There is nothing to complain about. All I have to do is list these movies that I have not seen and write a couple of lines based on what I've read and heard and can surmise from the details.

[Gallery not showing up above? Click here for more photos » arkansasonline.com/825movies/]

We're getting close to the time when the "good movies" start showing up. Good movies are generally more interesting to think and write about than what we get in the late spring and early summer -- the big tent-pole, superhero movies that aren't so serious and people actually go to see.

We tried to get the facts -- the titles, filmmakers and opening dates -- right. Some will inevitably change as the studios jockey for position. Many will not open in Arkansas on the dates given. Some probably will not open here at all, others might be pushed into 2020.

It Chapter Two -- Annoyingly-titled sequel to the 2017's It, based, as was its predecessor, on the 1986 novel by Stephen King. It's set 27 years after the Losers Club's initial encounter with the spooky ooky clown Pennywise. Directed by Argentine Andy Muschietti, who handled the fairly well-received first film (and 2008's well-executed, old school horror show Mama). Cast includes Bill Skarsgård, Stranger Things' Finn Wolfhard, Jessica Chastain and James McAvoy.

Linda Ronstadt: The Sound of My Voice -- This will probably hit streaming services before it gets here, but Rob Epstein's look at one of our greatest singers sounds wonderful. Spotty reviews but I don't care. Also features Bonnie Raitt, Dolly Parton and Emmylou Harris.

Depraved -- Cult figure Larry Fessenden (last seen in Jim Jarmusch's The Dead Don't Die) directs this no-doubt tongue-in-cheek pyschotronic horror film about a disillusioned field surgeon suffering from PTSD who builds a man out of body parts and brings him to life in a Brooklyn loft. 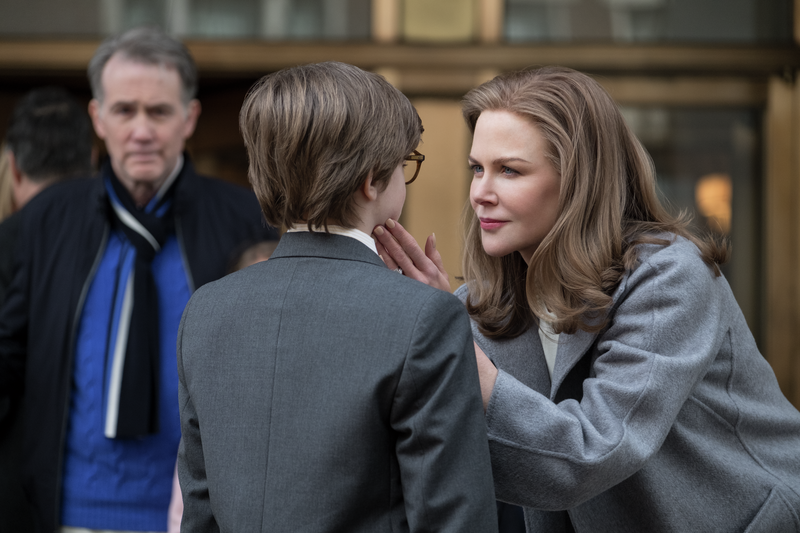 The Goldfinch -- Donna Tartt's book club favorite is given the award-seeking prestige picture treatment by Brooklyn director John Crowley. Spoiler-free line about the plot: A boy (Ansel Elgort) is taken in by a wealthy Upper East Side family after he survives a terrible event at the Metropolitan Museum of Art. With Nicole Kidman, Sarah Paulson, Luke Wilson, Jeffrey Wright, Ashleigh Cummings and, once again, Finn Wolfhard.

The Sound of Silence -- Intriguing Sundance film with a seemingly silly premise -- Peter Sarsgaard, a "house tuner" in New York City, who calibrates the sound in people's homes in order to adjust their moods, meets a client (Rashida Jones) with an especially difficult problem. 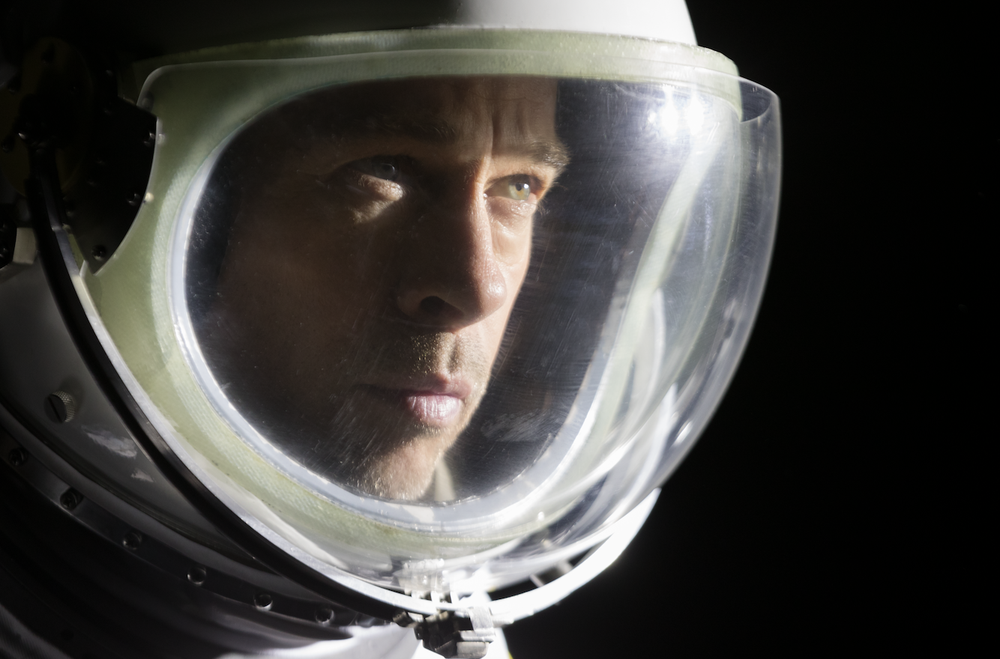 Ad Astra -- James Gray's latest is a PG-13 sci-fi thriller about an astronaut (Brad Pitt) who travels to the outer edges of the solar system to find his father (Tommy Lee Jones). The cast -- which also includes Ruth Negga and Liv Tyler -- is solid so put this on your long list of Oscar hopefuls. Gray says he wanted to make "the most realistic depiction of space travel that's been put in a movie."

Downton Abbey -- The Crawley saga continues, with many of the popular TV series cast returning. 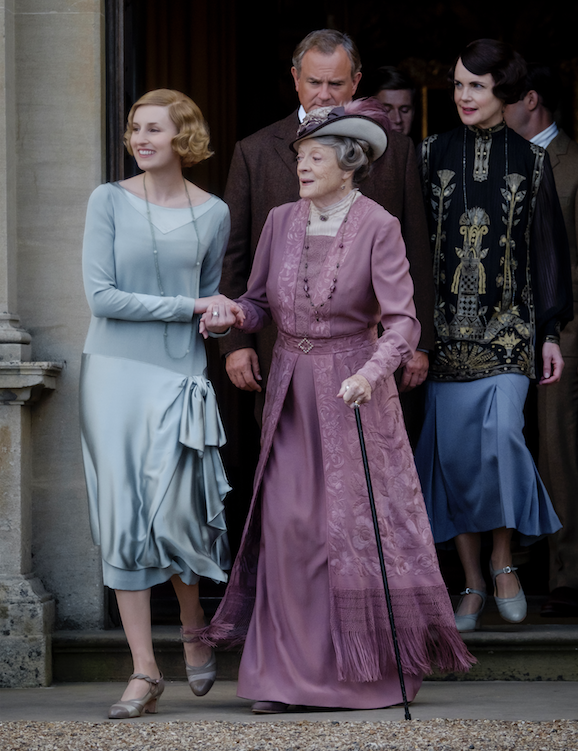 Midnight Traveler --When Afghan director Hassan Fazili was forced to flee the Taliban with his wife and two young daughters, he filmed it on his mobile phone, resulting in a firsthand look at the dangers facing refugees seeking asylum and the love shared between a family on the run. Reviews have been good.

Where's My Roy Cohn? -- Documentary traces the persistent influence of the Mephistophelian political operator from his 1950s work with Joseph McCarthy to the presidency of Donald Trump.

First Love -- Cult-favorite Takashi Miike directs this story of young boxer Leo (Masataka Kubota) and call girl Monica (Sakurako Konishi) who get caught up in a drug-smuggling scheme over the course of a single night in Tokyo.

Judy -- In 1969 Judy Garland (Renée Zellweger) performs a series of concerts that will be her final performances. Lots of awards chatter here; Zellweger does her own singing.

The Current War -- Thomas Edison (Benedict Cumberbatch), George Westinghouse (Michael Shannon) and Nikola Tesla (Nicholas Hoult) race to determine whose electrical system will serve as the nervous system of civilization. (The title is a pun, get it?) All kidding aside, I'd watch Shannon in anything. 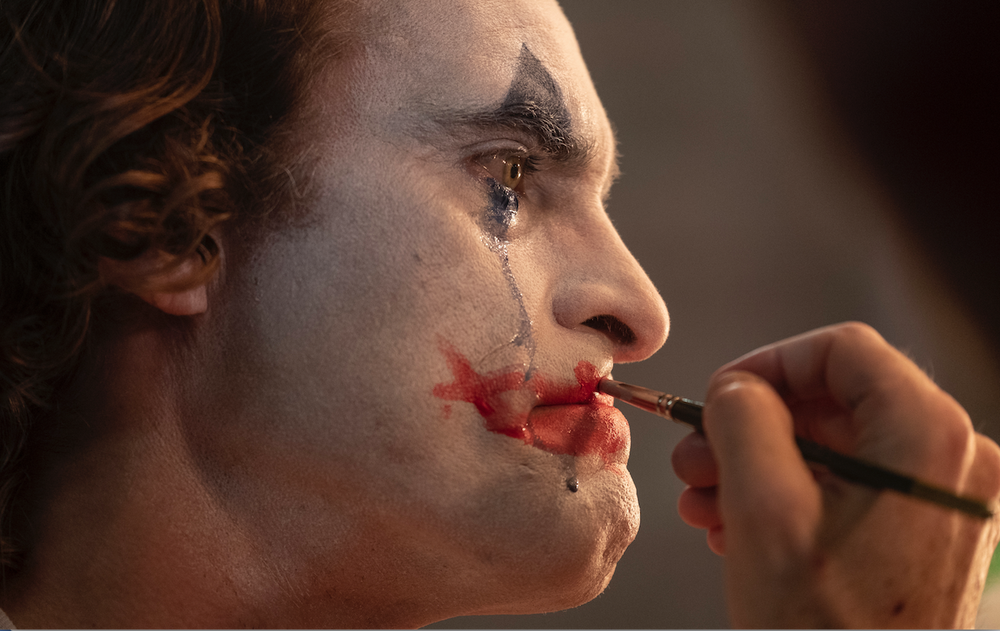 Joker -- Arthur Fleck (Joaquin Phoenix ) is a failed stand-up comedian who turns to a life of crime in this gritty character-driven imagining of the iconic comic book character's origins. Robert De Niro is the talk show host who means to bring the Joker down. Director Todd Phillips (Hangover) looks to score some artistic credibility. Could be great.

Pain and Glory -- The new Pedro Almodovar film stars Antonio Banderas as a film director in decline. Early reviews indicate it is one of the master's best. 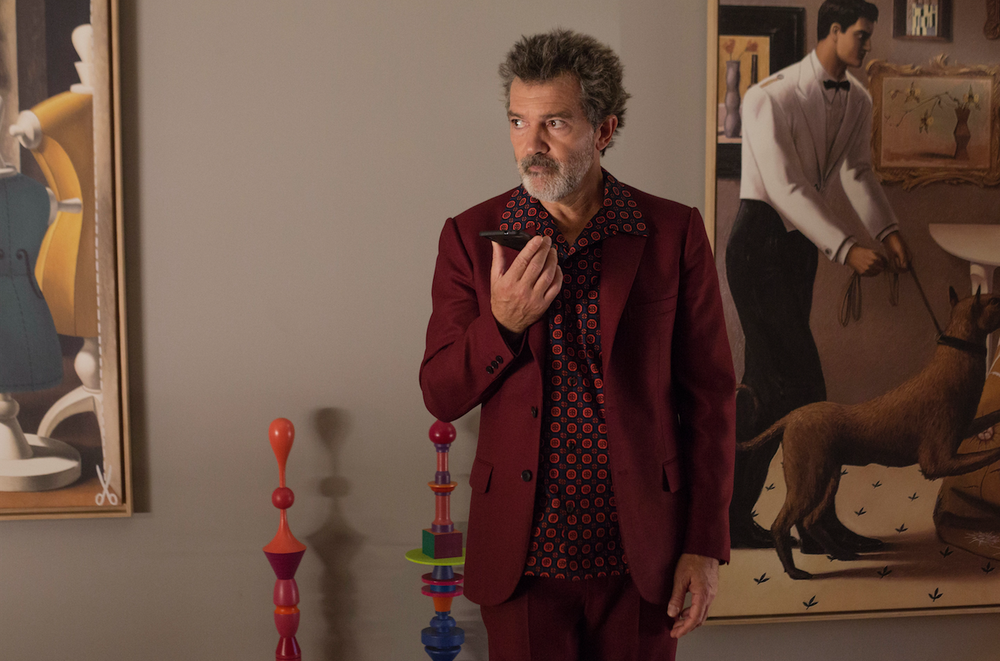 Gemini Man -- Hyper-hyped Ang Lee/Jerry Bruckheimer collab has over-the-hill government assassin Henry Brogan (Will Smith) having to do battle with a cloned, younger version of himself (Will Smith, digitally youth-enized).

Parasite -- Joon Ho Bong's latest may be his best yet. As of this writing, review aggregator Rotten Tomatoes reports an approval rating of 100%, and its critical consensus reads: "An urgent, brilliantly layered look at timely social themes, Parasite finds writer-director Joon Ho Bong in near-total command of his craft."

By the Grace of God -- François Ozon's latest is a fact-based procedural about the ongoing trial of Lyon-based Cardinal Philippe Barbarin, who was convicted earlier this year of failing to report sex abuse allegedly committed by a priest. Call it a French-Belgian riff on Spotlight if you must, but Ozon undertook the project at the urging of the priest's victims.

The Lighthouse -- Robert Eggers' follow-up to The Witch is a black-and-white horror film about two lighthouse keepers (Willem Dafoe and Robert Pattinson) on a remote and mysterious New England island in the 1890s. It's supposed to be really really good.

Maleficent: Mistress of Evil -- This fantasy adventure mumbo-jumbo is about as dark as Disney gets, but it sure looks silly to me. Maleficent (Angelina Jolie) and her goddaughter Princess Aurora (Elle Fanning) have some issues.

The Aeronauts -- Felicity Jones and Eddie Redmayne muck around in a hot air balloon.

Black and Blue -- A rookie cop (Naomie Harris) inadvertently films the murder of a drug dealer by her fellow officers (Frank Grillo, Reid Scott, Beau Knapp) on her body cam. Not knowing who to trust, she turns to a stranger (Tyrese Gibson).

The Last Full Measure -- A drama based on the real-life efforts to award a U.S. Airman killed while saving his comrades in Vietnam a posthumous Medal of Honor. With Peter Fonda (in his last role), Bradley Whitford, Samuel L. Jackson, Sebastian Stan and Ed Harris.

Burden -- Based on the true story of a rising Ku Klux Klan leader (Garrett Hedlund) who leaves the hate group when he falls in love with a single mom (Andrea Riseborough) and comes under the influence of a black minister (Forest Whitaker).

Motherless Brooklyn -- Edward Norton directs and stars in this '50s-set crime noir about a Tourette Syndrome-afflicted private detective (Norton) trying to solve the murder of his mentor and only friend (Bruce Willis). With Willem Dafoe, Leslie Mann, Bobby Cannavale.

Doctor Sleep -- A sort-of sequel to The Shining picks up the story of a now-adult Danny Torrance (Ewan McGregor) who meets a young girl with powers similar to his.

Honey Boy -- Shia LaBeouf wrote and stars in this account of a young actor's troubled childhood and young adulthood.

Charlie's Angels -- A "feminist" continuation of the 2000 film based on the 1970s TV series with Naomi Scott, Ella Balinska and Kristen Stewart. Elizabeth Banks directs and plays one of several "Bosleys." Could be fun.

Ford v Ferrari -- Who's not up for Matt Damon as car designer Carroll Shelby and Christian Bale as race driver Ken Miles as they work toward creating a revolutionary car for Ford to challenge Ferrari at the 24 Hours of Le Mans in 1966?

The Good Liar -- Expect a polished, prestige-y drama when con artist Roy Courtnay (Ian McKellen) strikes up an online relationship with well-to-do widow Betty McLeish (Helen Mirren). Roy moves in, but his feelings for her start to complicate his professional aspirations.

The Lodge -- Sundance favorite stars Riley Keough as the lone survivor of a Heaven's Gate-style doomsday cult who finds herself snowed in with her fiance's two young children at a remote holiday village.

21 Bridges -- A disgraced New York Police Department detective is thrust into a manhunt for a cop killer when he stumbles on a conspiracy involving his fellow officers and a criminal empire. With Chadwick Boseman, Sienna Miller and J.K. Simmons. 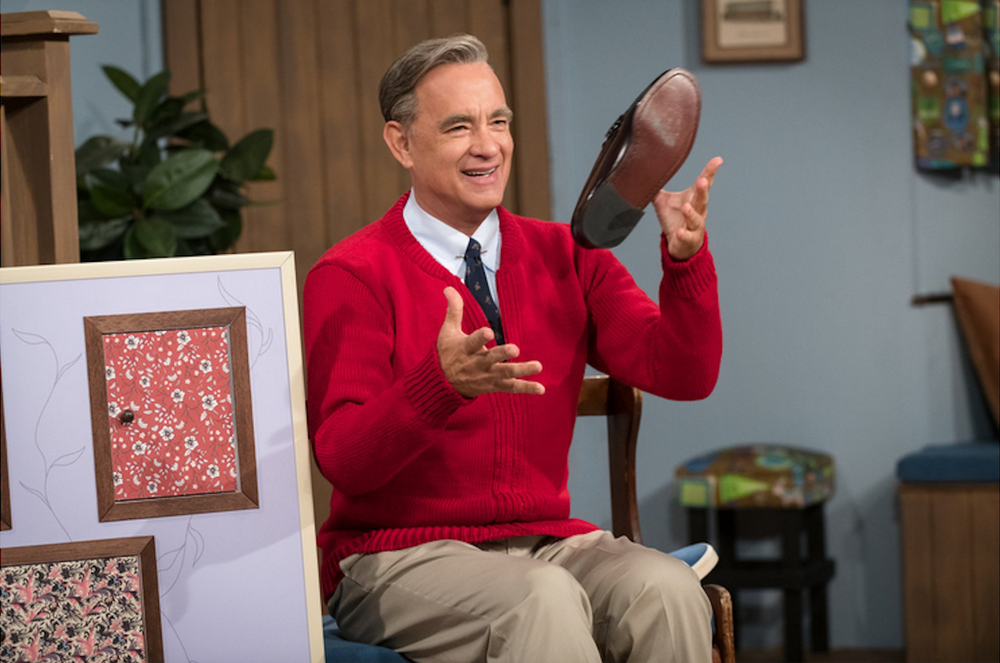 A Beautiful Day in the Neighborhood -- Marielle Heller directs this much-anticipated fact-based story of the real-life friendship between Fred Rogers (Tom Hanks) and journalist Tom Junod (here called "Lloyd Vogel" and played by Matthew Rhys). Based on Junod's Esquire profile of Rogers.

Frozen II -- Elsa the Snow Queen and her sister, Anna, depart Arendelle for a far-off adventure. They are joined by computer-animated friends Kristoff, Olaf and Sven. Songs will be sung, sighs will be sighed, and Kristen Bell, Jonathan Groff, Evan Rachel Wood and Josh Gad will be paid, and all will be well in the Kingdom of the Mouse.

Queen & Slim -- The trailer for this modern Bonnie and Clyde story -- which stars Daniel Kaluuya and Jodie Turner-Smith -- looks sharp.

The Rhythm Section -- Thriller stars Blake Lively as a woman seeking revenge against the terrorists who took down a plane and killed her family. With Jude Law.

Portrait of a Lady on Fire -- The well-reviewed French historical drama film directed by Céline Sciamma, which won the Queer Palm at the 2019 Cannes Film Festival, gets a U.S. release.

A Hidden Life -- Terrence Malick tells the story of Franz Jagerstatter (August Diehl), an Austrian conscientious objector who was executed by the Nazis for refusing to fight during World War II and was subsequently canonized by the Catholic Church.

Jumanji: The Next Level -- The gang returns to Jumanji on a rescue mission. Jake Kasden again directs, Dwayne Johnson, Kevin Hart, Jack Black and Karen Gillan are back. Awkwafina joins the cast.

Cats -- You've seen the trailer. Based on the musical based on T.S. Eliot's poesy. With the eerily digitized faces of Idris Elba, Rebel Wilson, Taylor Swift and Ian McKellen.

Star Wars: The Rise of Skywalker -- J.J. Abrams is in the director's chair for the final chapter of the Skywalker saga, in which the remnants of the Resistance face off against the First Order. With Domhnall Gleeson, Lupita Nyong'o, Daisy Ridley and Oscar Isaac.

Superintelligence -- A woman's (Melissa McCarthy) life is turned upside down when she is selected for observation by a form of artificial intelligence with the potential to take over the world. With Bobby Cannavale, Jean Smart and James Corden.

Untitled Charles Randolph Project -- This is the movie (as opposed to the Showtime series The Loudest Voice) about the rise, decline and fall of Fox News boss Roger Ailes (John Lithgow) and the toxic male culture he installed at the network. With Margot Robbie, Charlize Theron, Nicole Kidman and Alice Eve.

Clemency -- Writer-director Chinonye Chukwu's second feature is allegedly a stunner, with Alfre Woodard as prison warden Bernadine Williams, whose belief in capital punishment is shaken as she prepares for yet another execution.

Just Mercy -- Civil rights attorney Bryan Stevenson (Micheal B. Jordan) takes on the case of Walter McMillian (Jamie Foxx), a man imprisoned for murder despite having exculpatory evidence. Based on the real Stevenson's memoir. With Brie Larson. 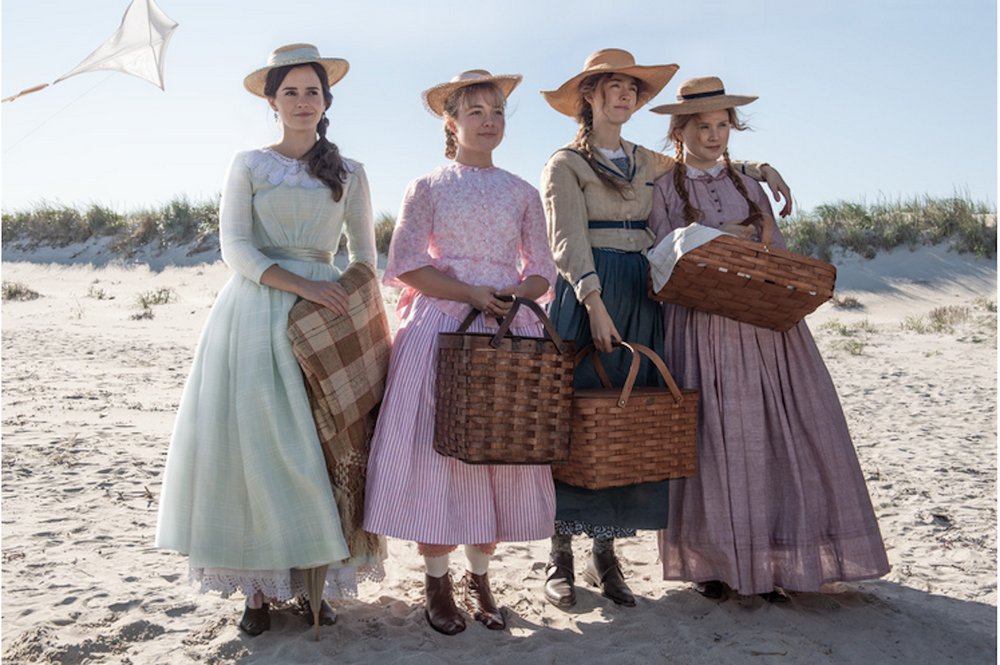 Spies in Disguise -- An animated film about a spy who gets turned into a pigeon. With the vocal talents of Will Smith, Karen Gillan, Tom Holland and Ben Mendelsohn.

Uncut Gems -- This could be fun: Brothers Benny and Josh Safdie direct Adam Sandler in a crime comedy about a jeweler desperate to recover what has been stolen from him. If you saw the Safdie's Good Time, you're probably down for this one.