• Movie mogul Harvey Weinstein pleaded innocent to a new indictment Monday that includes revised charges of predatory sexual assault, a development that caused the judge to delay the start of his trial until early next year. The change to the case was intended to open the door for an actress to testify against Weinstein in a rape and sexual assault trial that had been scheduled to start on Sept. 9. Weinstein previously pleaded innocent to charges accusing him of raping a woman in 2013 and performing a forcible sex act on a different woman in 2006. Weinstein, 67, who's free on $1 million bail, has denied all accusations of non-consensual sex. Weinstein mostly kept quiet during a brief appearance in a Manhattan courtroom aside from some exchanges with Judge James Burke, who at one point scolded him for pulling out his cell phone during the proceeding. After the judge agreed with defense lawyers that the trial needed to be put off so they could have time to respond to the revised charges, he told them the new trial date of Jan. 6 was firm. To make the point, he stared at the defendant and asked, "Mr. Weinstein, do you want to go to trial?" "Not really," Weinstein quipped. After the hearing, his attorneys said they would ask the judge to dismiss the indictment, which they called a "desperate" attempt to salvage the case. Court papers unsealed Monday indicate that prosecutors also want to call three other women as witnesses to try to demonstrate a pattern of "prior bad acts" by Weinstein.

• Kim Kardashian West's shapewear line Kimono is no more. The new name, changed amid outcry over cultural appropriation, is SKIMS Solutionwear. The reality star, makeup mogul and law student said on Instagram that she changed the name after much "thought and consideration." Kardashian West told WSJ Magazine back in July that her intentions to play off her name with Kimono were "innocent" and she had not anticipated the backlash. The name Kimono, the same word for an ancient Japanese style of dressing, surfaced in June after Kardashian West attempted to trademark it. Her shapewear line is color and size-inclusive, ranging from XXS to 5XL.

• Good Morning America host Lara Spencer has apologized for her "insensitive" comments about Prince George taking ballet lessons. Spencer discussed the backlash against her comments Monday, saying she has learned the "bravery it takes for a young boy to pursue a career in dance." She was heavily criticized last week when she heard Prince George loved ballet and she said "we'll see how long that lasts." Spencer interviewed dancers Robbie Fairchild, Travis Wall and Fabrice Calmels on Monday. They all told their stories about the stigma they faced. She says she hopes she has turned a negative "into a teachable moment." 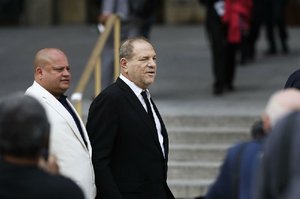 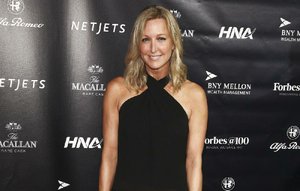