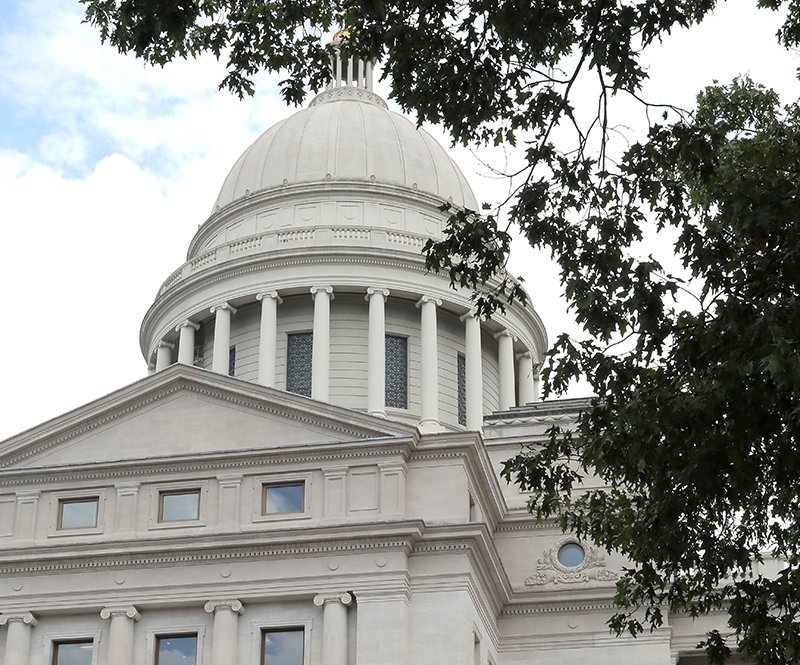 The number of people watching the Arkansas Senate through live video streaming steadily increased during this year's regular session, the first in which its chamber proceedings and committee meetings aired on the Internet, a Senate committee learned Monday.

"Over time, as more people were aware of the Arkansas Senate streaming, the numbers went up," production assistant Rob Hatfield said in a three-page report to the Senate Efficiency Committee.

"We saw a dramatic increase in numbers after the March 6 Judiciary Committee meeting made national headlines," he said. In that meeting, Sen. Stephanie Flowers, D-Pine Bluff, spoke out against stand-your-ground legislation that failed to clear the committee.

"Since local and national media used our video from that meeting, in an indirect way this helped promote that the Arkansas Senate was livestreaming all meetings," Hatfield wrote in his report. "Many national news outlets reported that committee meeting [or part of it] was seen over 10 million times via social network and television news."

At least 434 people watched the Senate's proceedings via video streaming on Feb. 8, at least 625 on March 8 and at least 1,985 on April 8 during the last week of the session, Hatfield said, based on information from Sliq, which provides the video streaming services.

"In general, more than one set of eyeballs are watching the same computer screen/mobile device during chamber [proceedings]. With this in mind, more than 2,000 people watched the chamber live on April 8th," Hatfield said.

The number of people watching archived video recordings of the Senate and its meetings also increased during the session.

Sen. Linda Chesterfield, D-Little Rock, who chairs the Senate Efficiency Committee, on Monday quipped, "Even though people thought millions were looking at us, we were not quite as popular."

Senate President Pro Tempore Jim Hendren, R-Sulphur Springs, said in a news release, "We knew that administration officials, lobbyists, reporters and bloggers would be all watching, but nobody anticipated that the numbers would escalate so much.

Estimates for the number of people watching the Arkansas House of Representatives' proceedings in the chamber on Feb. 8, March 8 and April 8 aren't available, said House spokeswoman Cecillea Pond-Mayo.

"Our vendor [Sliq] installed our system a few years ago without a feature to track live views," Pond-Mayo said in a written statement. "We've now asked for that feature and should have comparable numbers moving forward. However, we can tell from website analytics that during session (Jan. 14-April 10) we had 26,038 hits to the video archive."

When the Legislature's fiscal session starts in April 2020, "we should be able to also monitor the House/Joint meeting stream numbers," Hatfield said. "Sliq is continuing to make improvements with their website analytics."

Until this year's regular session, the Arkansas Senate had been one of nine in the country that didn't provide video webcasts of sessions in the chambers, though it provided live audio, according to the National Conference of State Legislatures. During the previous several years, some on the political right and left had used social media to repeatedly call for the Senate to broadcast its chamber and committee meetings via the Internet.

In the state House of Representatives, floor proceedings first aired in 2010, followed by its committee meetings in 2011.

Last September, the Senate Efficiency Committee authorized spending about $330,000 to purchase cameras, equipment and microphones from Jay Stanley & Associates of North Little Rock for video streaming the Senate and its committees' meetings. The Senate spends about $54,000 a year with Sliq for video streaming services, said Senate Director/Secretary Ann Cornwell.

"The taxpayer I believe is getting their money's worth, and the whole goal of it was transparency, to see everything that is going on," Hatfield told the Senate committee on Monday.

During this year's regular session, proceedings in the chamber lasted longer as senators engaged in more debate on the floor than they did before the video streaming.

Last year, Hendren said video streaming the chamber and committee meetings would help restore and protect the Senate's integrity. He also said he viewed it as another step toward a transparent legislative process and toward changing "the culture to one ... we can be proud of."'

In June 2018, the Senate overhauled its code of ethics to create an ethics committee, prohibit senators from certain activities that involve conflicts of interest, and require more disclosure of other conflicts and personal finances.

In other action Monday, the Senate Efficiency Committee authorized spending $28,850 with Aristotle Interactive to update the Senate's website, along with an $85 monthly hosting fee.

Hatfield said the aim of updating the website is to make it more user friendly, provide biographical information on the senators, and "make our website where it works across all different platforms because 60% of people that are searching the Web are doing it off their phone or their iPad, and right now our website is only for desktops."

"Also, one of our goals is to host a photo gallery and to make a history and an education section," he said.