UAFS chief tells board of efforts on diversity 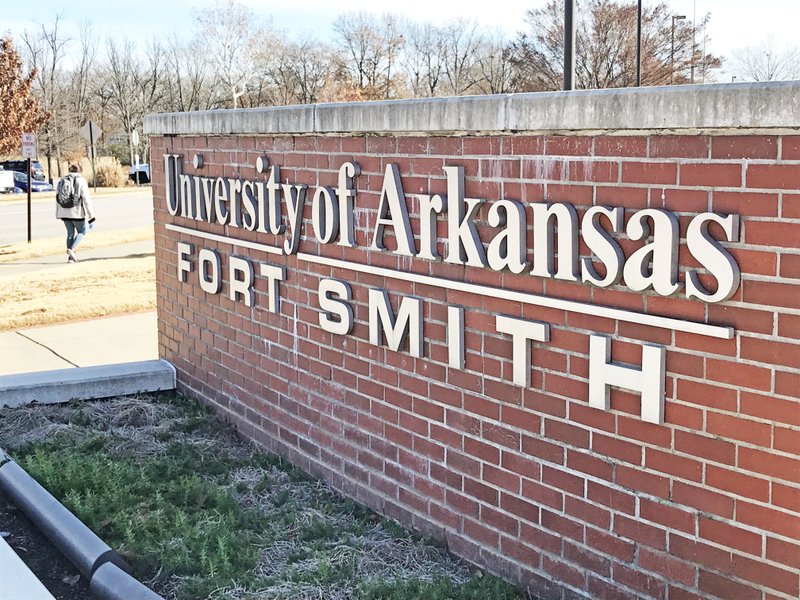 Chancellor Terisa Riley briefed the University of Arkansas-Fort Smith Board of Visitors on a Diversity, Equity and Inclusion Committee the university developed. Riley said the committee had its first meeting in October. ( NWA Democrat-Gazette / David Gottschalk)

FORT SMITH -- The University of Arkansas at Fort Smith is making efforts to address diversity on campus, the school's chancellor said Wednesday.

Chancellor Terisa Riley briefed the university's board of visitors on the progress of the Diversity, Equity and Inclusion Committee, which was formed in October. The committee was formed after an incident involving a men's basketball player and the team's coach.

Former player Tyler Williams said in September that he was dismissed from the team in August after Coach Jim Boone expressed disapproval of Williams' dreadlocks, according to previous Arkansas Democrat-Gazette articles. Williams now attends Southern Nazarene University in Oklahoma.

Williams, who is black, has said that while Boone, who is white, did not order him to change his hairstyle, Boone's remarks made him feel "devalued and disrespected." Williams stated in a letter to university officials that "Boone's action of policing black hair is a form of pervasive racism and bias."

Riley said Wednesday that the university has advertised to fill the new position of executive director for diversity, equity and inclusion. Georgia Hale, the school's provost and vice chancellor for academic affairs, is serving as chairwoman of the search committee to fill the position.

Hale said the search committee hopes to make a recommendation to Riley early in the spring semester.

A description for the position on the university's website states that the hire would serve as the chief diversity officer for UAFS and develop and implement strategic plans and frameworks for diversity, inclusion and social equity. The executive director would report to the chancellor.

The university also has developed seven subcommittees, with each dedicated to a specific purpose, according to information provided by Rachel Rodemann Putman, interim public information director. They include a steering committee that will work with the executive director.

"It is not something that just happens naturally," Riley said. "It is difficult for people to sometimes overcome their implicit biases, and we're going to name them and talk about them, and do so in a really civil environment."

The university also is partnering with the Winthrop Rockefeller Institute to do something on campus pertaining to having a civil discourse for the benefit of students and faculty and staff members, Riley said.

Print Headline: UAFS chief tells board of efforts on diversity