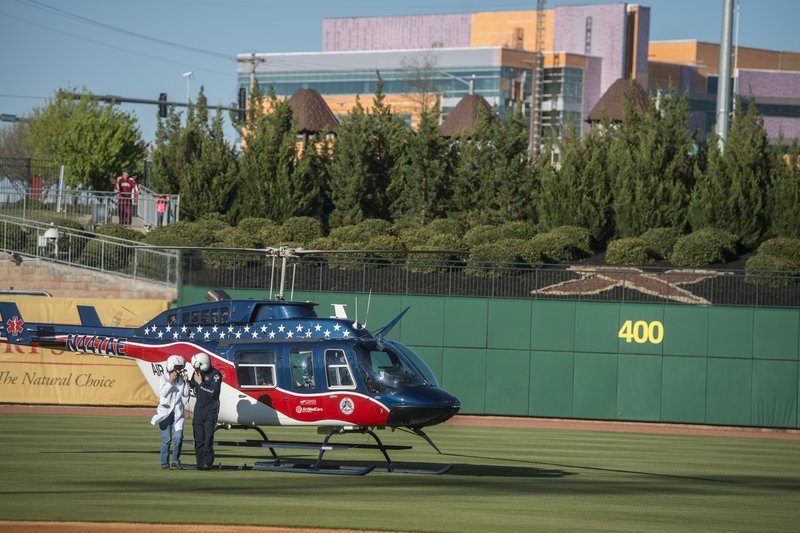 An Air Evac helicopter is shown in this file photo Springdale.

Citing what it described as low reimbursement rates from government programs and commercial health insurance plans, an air ambulance service this week closed its bases in Morrilton and Paragould.

The move on Tuesday by Air Evac Lifeteam came five months after a federal appeals court upheld the dismissal of the company's lawsuit over the rates paid by Arkansas Blue Cross and Blue Shield.

According to the opinion in July by a panel of 8th U.S. Circuit Court of Appeals judges, Air Evac charged an average of more than $30,000 per trip in 2014.

Arkansas Blue Cross and Blue Shield plans typically limit payment to $5,000 per trip, although the reimbursement in some cases is $1,000 or less, according to the opinion.

In a statement, Air Evac President Seth Myers also singled out Medicare and Medicaid, which he said "do not come close to reimbursing air medical companies for the actual cost of a flight."

"More than 70% of the people we fly are either on Medicare, Medicaid, or have no insurance," Myers said.

"Couple that with arbitrarily low reimbursement rates from Blue Cross Blue Shield of Arkansas, and we are just not able to maintain these two air medical bases."

A 2017 study commissioned by the Association of Air Medical Services found that the median cost of air transport in 2015 was $10,199. The same year, the median Medicare reimbursement for a trip was $5,998, according to the study.

The appeals court agreed with U.S. District Judge Brian Miller that the company didn't have standing to sue under the federal law and that Blue Cross' reimbursement practices didn't violate the Deceptive Practices Act.

Blue Cross spokesman Max Greenwood said in an email Thursday that Air Evac admitted in the lawsuit that it charged higher prices to the insurer's members to try to make up for what Medicare and Medicaid pays.

She added that, in 2017, a Blue Cross member sued Air Evac for "price gouging practices and outrageously high prices that bear no reasonable relationship to services rendered" after the person was charged more than $30,000 for a trip from Warren to Pine Bluff.

The issue is "currently being discussed at the federal level as well as a result of many consumers being hit with excessively high bills for air ambulance services," she said in her email.

Greg Brown, branch chief for trauma, stroke, heart attack and emergency medical services for the Arkansas Department of Health, said helicopter service continues to be available in the areas that had been served by the Paragould and Morrilton bases.

"We certainly don't like to lose helicopter bases, but I think as far as the impact it will have on the citizens of Arkansas, I think it will be minimal if any," Brown said.

He said the Health Department licenses a total of 48 air ambulance bases throughout the state.

It's not unusual for air ambulance companies to close a base in one area or open one in another, he said.