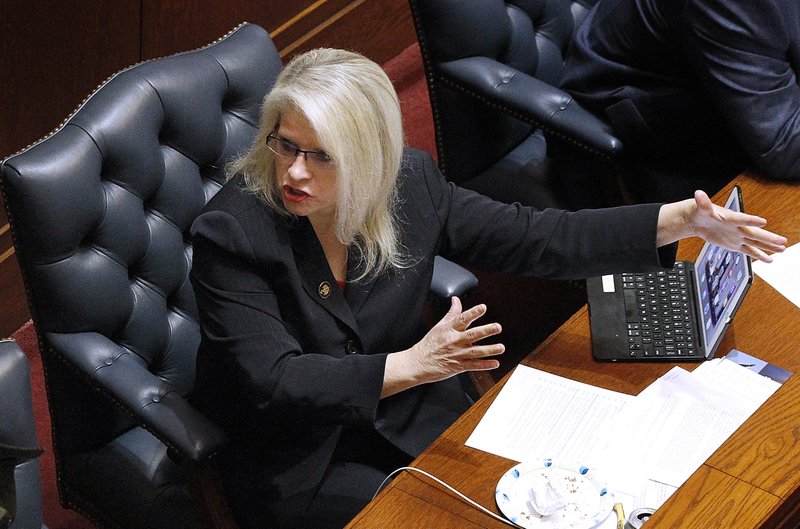 The family of slain former lawmaker Linda Collins released a statement Monday expressing faith in the case against the woman accused in the killing. The release comes after the judge and lead prosecutor dropped out from the proceeding in successive weeks.

Collins' friend and former campaign aide, Rebecca O'Donnell, was arrested in June and charged with capital murder, abuse of a corpse and tampering with physical evidence in connection with Collins' death. She has pleaded innocent.

Just before Thanksgiving, Judge David Goodson asked to quit his special assignment to the case. He was replaced by Judge John Fogleman, who became the fourth judge to preside over the case since it began. The first two judges in the case recused because they sat on the same bench as Collins' ex-husband, Philip Smith.

A week after Goodson stepped aside, the prosecuting attorney, Henry Boyce, also asked to be replaced. Neither Boyce nor Goodson provided a reason behind their requests.

In a statement released on Monday morning, the Collins family responded to the moves.

"We want to stress that the case brought by the State against the woman accused is strong, regardless of those who have recused from this case," read the statement from Ken Yang, a spokesman for Collins' family.

The statement continued, "Ultimately, we want the focus of this case to remain on bringing justice to Linda. Our hope is that Judge Fogleman will take the actions necessary to set this case back on track, and make it an urgent priority to provide transparency to the public in this case. Thank you all for your continued thoughts, prayers, and privacy to our family as the case moves forward.”

The case against O'Donnell is scheduled to go to trial next year. She is being held in jail without bond.