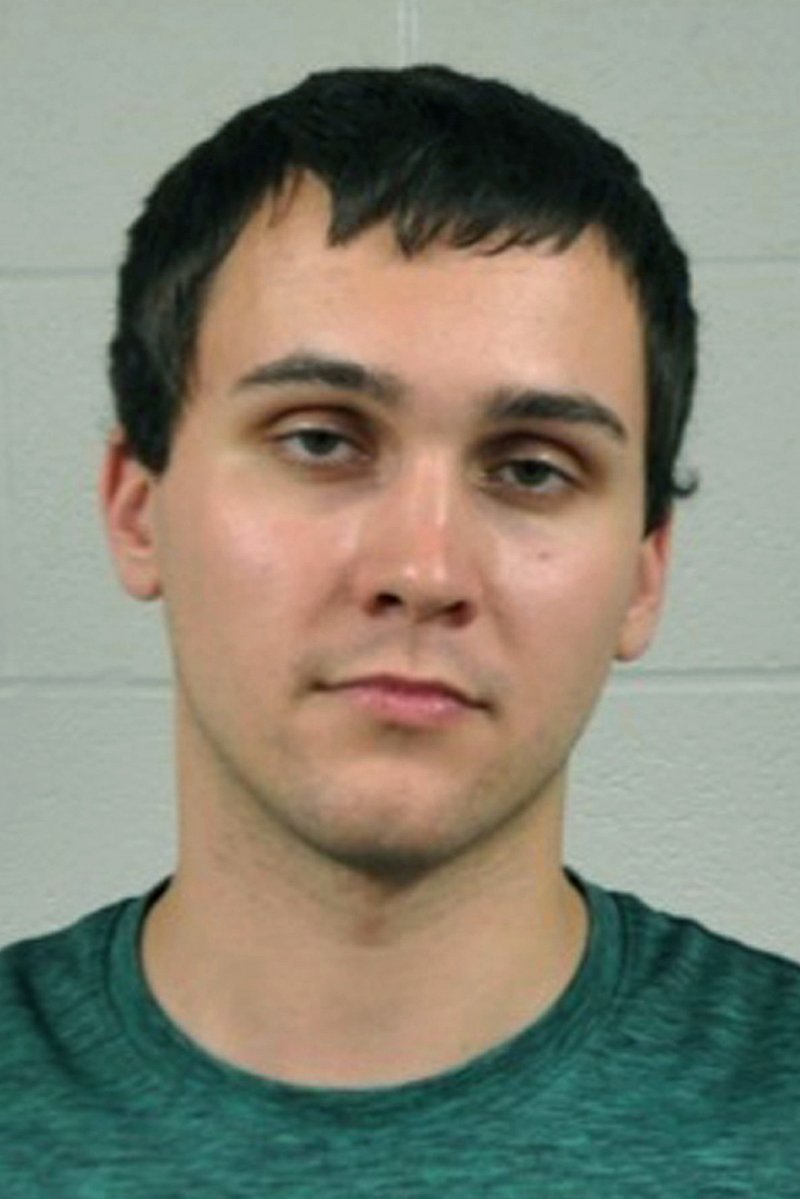 UPPER MARLBORO, Md. -- Three friends were waiting at a bus stop on the University of Maryland's campus around 3 a.m. on a Saturday when a stranger approached them, screaming.

"Step left, step left if you know what's best for you," the 22-year-old white man told the friends, according to police.

"No," one of the friends, a black man, said before the white man plunged a knife into his chest.

Police arrested Sean Urbanski at the bus stop, 50 feet from where 23-year-old Richard Collins III, was dying. After fatally stabbing Collins, Urbanski folded the knife, slipped it into his pocket and sat down on a bench until police arrived, a prosecutor has said.

When Urbanski's murder trial starts this week, Prince George's County prosecutors will argue Collins' killing was a hate crime carried out by a man biased against black people. Urbanski liked a Facebook group called "Alt-Reich: Nation" and saved at least six photographs of racist memes on his phone, according to prosecutors.

Defense attorneys say there is no evidence of a racist motive for what occurred at the bus stop that night in May 2017. Witnesses told police that Urbanski was drunk and screaming incoherently when he approached the friends, one of his lawyers has said.

The killing coincided with a surge in hate on U.S. college campuses. Reports of white supremacists posting fliers and other propaganda on campuses more than tripled in 2017, according to a tally by the Anti-Defamation League. In August 2017, torch-toting white supremacists marched through the University of Virginia's campus on the eve of a rally that led to violent clashes and bloodshed.

Kristen Clarke, president and executive director of the Lawyers' Committee for Civil Rights Under Law, said it's "unfortunate" that higher-education officials, including from the U.S. Department of Education, haven't done more to combat hate on campuses.

"Much work remains to be done," she said.

Urbanski is charged with first-degree murder and a hate crime. He faces a possible sentence of life in prison without the possibility of parole if he is convicted. Jury selection is scheduled to start today.

Defense lawyers failed to persuade Circuit Court Judge Lawrence Hill Jr. to exclude the racist memes and Facebook group as trial evidence. One of the memes "advocates violence against blacks," while another has an image of a noose, a handgun and poison, a prosecutor has said.

During a hearing in June, defense attorney William Brennan cited a New York Times article in which an administrator of the Facebook group said it was satire.

"Just saying something is playing with humor doesn't give it a free pass," said Daniels, who is writing a book entitled, Tweet Storm: The Rise of the Far-Right.

Prosecutors wanted to call Daniels as an expert witness to testify about her research and the material from Urbanski's phone.

The judge, however, ruled out any testimony by Daniels at the trial. Urbanski's lawyers said prosecutors didn't give them adequate notice of her testimony and argued Daniels would mislead the jury.

Daniels said some of the memes on Urbanski's phone are somewhat hard to decipher because they contain "multiple layers of inside jokes." Others are overtly racist, she added.

"Online white supremacy has real consequences," Daniels said. "Words have power, and they can cause people real harm."

Prosecutors say Urbanski, a former University of Maryland student, stabbed Collins because he was the only black person at the bus stop that night. His friends were a white male and an Asian female. Brennan has said there's no evidence Collins was "selected" because he was black.