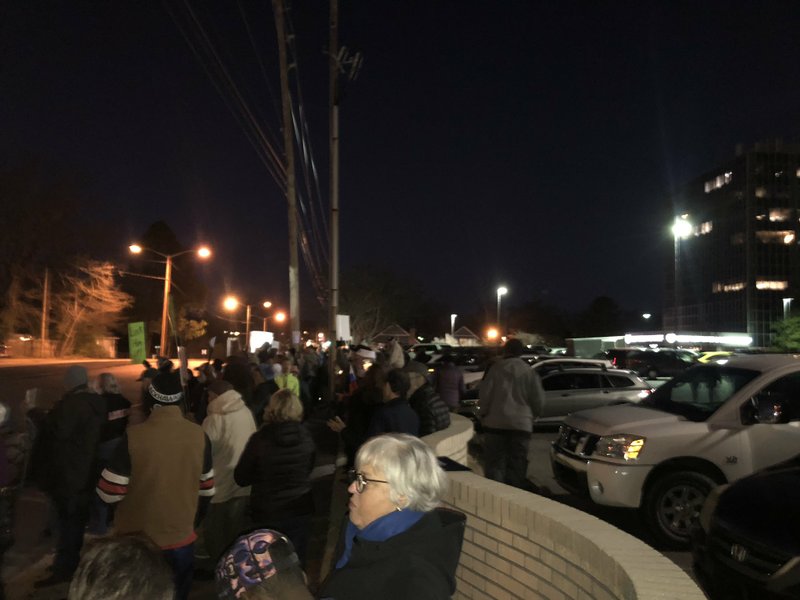 People outside the office of U.S. Rep. French Hill in Little Rock urge him to support impeachment.

Activists lined University Avenue outside the Little Rock offices of Republican U.S. Rep. French Hill on Tuesday evening, urging him to change his mind and support the impeachment of President Donald Trump.

The protesters, which were estimated to be between 200-300, held pro-impeachment signs — some illuminated with Christmas lights — and rally organizers used megaphones to tell people to call Hill’s offices today Wednesday, when the House is scheduled to vote on two articles of impeachment. Trump is charged with abuse of power and obstruction of Congress.

“Call them tomorrow!” one woman with a megaphone said as she walked up and down the block of protesters. “The interns will be so annoyed tomorrow!”

Hill, a three-term congressman, has already said he plans to vote “no” on both articles.