A go to dinner

I think almost everyone has a recipe that they can make in their sleep, that is good and fast. I added a new one after I started using my electric pressure cooker more--think the precursor to the Instant Pot. Mine is a Cuisinart pressure cooker and lacks many of the bells and whistles of the new ones, but it works just fine. 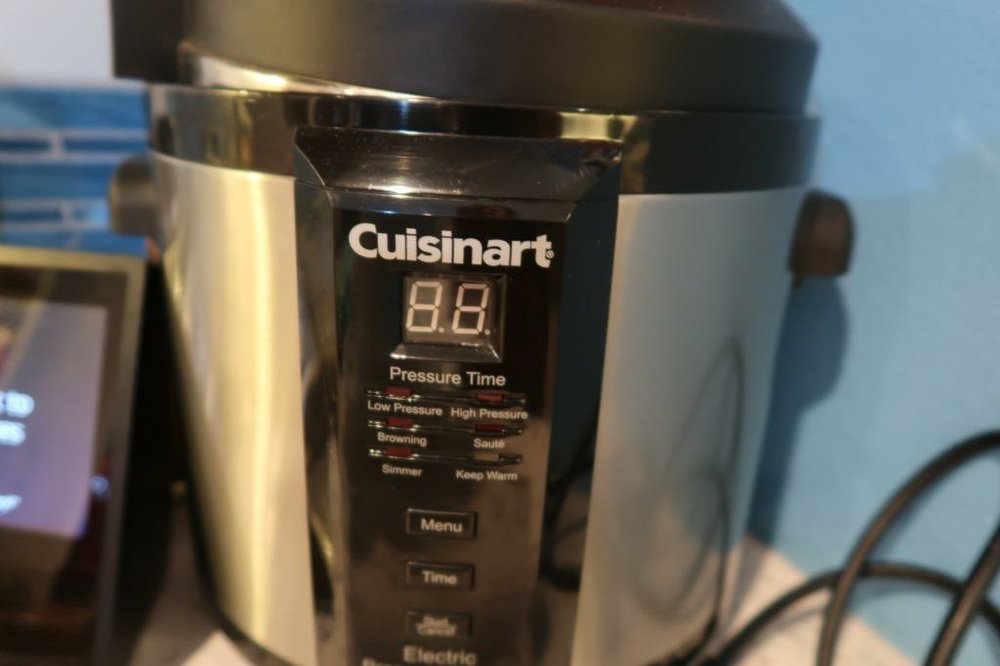 Last night was our monthly girls dinner at Margaret's and I was in charge of the main dish. 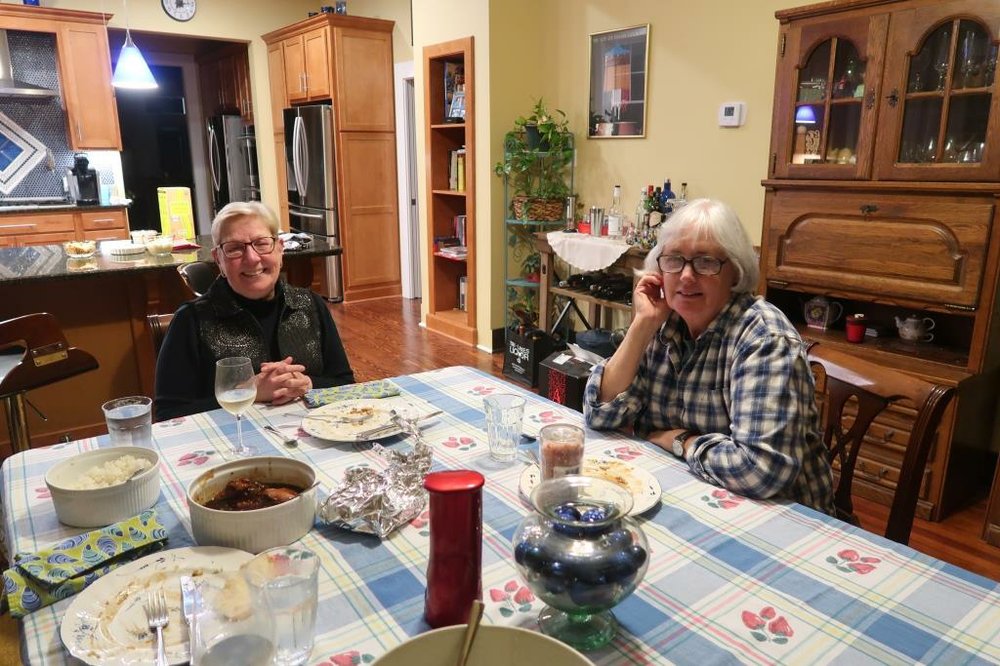 We have decided that some months we will cook once we get to her house. Last night I prepped my chicken, had the sauce all made up in the jar and rice cooked, so all I had to do was heat it up. I used her smaller Instant Pot and it worked great.

1 1/2 pounds of chicken thighs. While the original recipe called for bone in, skin on, I use boneless, skinless thighs, which I trim of all visible fat. I think the recipe would work with chicken breasts too, but I love the flavor and tenderness of the thighs. I season the chicken with salt, pepper and Chinese five spice, then saute them in the cooker till they are lightly browned on both sides. In the smaller pot, I did this in batches. Once they are all browned put them in a layer in the bottom of the pot and pour the sauce over them.

The sauce I make is 1 tablespoon of sesame oil, 1/2 cup of soy sauce, 1/2 cup of honey, 4-5 garlic cloves minced (no less than a tablespoon--but who can ever have enough garlic?) 1 tablespoon of grated fresh ginger, 1/2 teaspoons of red pepper flakes and I add in about a teaspoon of Gochujang chili paste, which is optional. Add in 3/4 cup of water and mix well. Pour this over the chicken, seal the cooker and cook at high pressure for 6 -8 minutes. I did 8 minutes last night, but instead of letting the pressure naturally release for 5-10 minutes, I released the pressure after about 3 minutes, so any combination therein will work.

Remove the chicken to a plate and turn the setting to saute and add in some cornstarch and water to help thicken up the sauce. Once it is thickened, either add the chicken back in and serve from the pot, or dump the sauce over the chicken in the bowl you are serving in. For presentation, sprinkle sesame seeds over the top, or some diced green onions. Then serve over rice. Clay is not a huge fan of rice, so he prefers mashed potatoes--but I think rice or a grain is better.