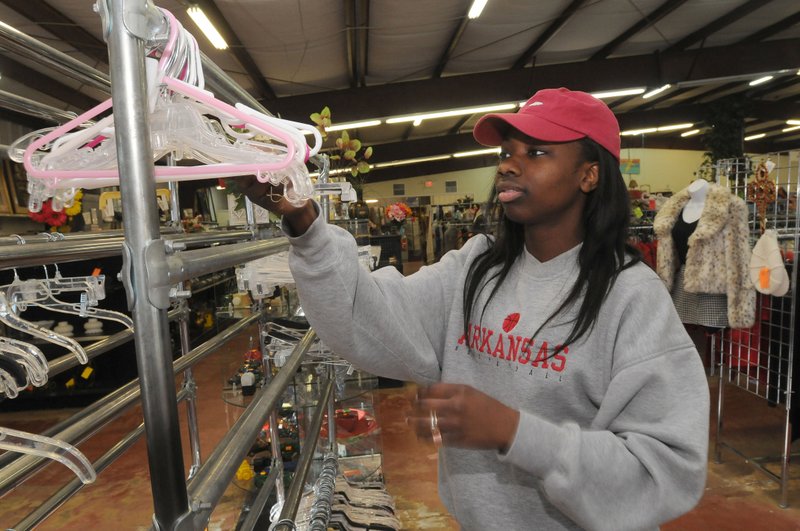 Arkansans earning the state's minimum wage will receive a $1,560 raise in 2020 as the state's bottom wage increases to $10 an hour under an initiated act passed in 2018.

Under the voter-approved initiative, Arkansas businesses must pay employees no less than $10 an hour starting Wednesday -- a 75-cent increase from the current $9.25 per hour minimum wage.

The wage increase amounts to a $30 per week raise, before any taxes or other deductions, for employees who work 40 hours a week at minimum wage. Next year, a minimum-wage earner in Arkansas will make up to $400 a week.

The 2020 wage increase is the second step of a three-year phase-in that will ultimately raise the Arkansas minimum wage to $11 an hour in 2021.

Those who opposed the 2018 ballot measure caution that the increase may harm small businesses and entry-level job seekers.

Supporters of the increase argue that it will help those living near the poverty line afford life's most basic necessities.

"We're very pleased to see this next step in the minimum-wage process where workers will get a raise to $10 an hour," said Kristin Foster, the campaign manager for Arkansans for a Fair Wage. "We know this will help working families make ends meet, continue to grow our economy in Arkansas and continue to benefit workers and businesses alike across the state."

About 213,000 people -- a quarter of the state's workforce -- earned less than $11 an hour, according to a 2018 study by Arkansas Advocates for Children and Families, which supported the minimum-wage increase.

Arkansas is one of 26 states raising its minimum wage in 2020, according to a report from Wolters Kluwer Legal & Regulatory U.S.

The Natural State was one of six states in 2018 to raise wages through ballot initiatives. Among neighboring states, only Missouri is raising its minimum wage in 2020, to $9.45 an hour. It will continue to increase its minimum wage through 2023 to $12 an hour.

The other states surrounding Arkansas follow the federal minimum wage, which was set at $7.25 in 2009.

Voters approved the Arkansas measure despite opposition from the state's congressional delegation and Gov. Asa Hutchinson.

Earlier this year, lawmakers debated legislation that would have exempted small businesses and nonprofits from the minimum-wage increases, but the legislation ultimately died.

Rep. Robin Lundstrum, R-Elm Springs, sponsored the legislation, and she said Monday that she remained concerned about unintended effects. She believes that the gains in wages for low earners will be offset by rising costs for child care and the like as businesses try to keep pace with increasing payroll demands, she said.

Lundstrum said she also fears that more employers will turn to automation.

"I'm all for people making as much as they possibly can," Lundstrum said. "If you're worth $30 an hour, by golly pay them $30 an hour. It's competition; that's capitalism. I don't think the government ought to set a rate. I think we're on a slippery slope here telling people what they ought to charge."

Lundstrum added that lost in the debate has been that the minimum wage was designed to be a starting point for young people entering the workforce, not a long-term career solution.

"Putting groceries on the table for a family of four, that's just not what it's there for," Lundstrum said. "The starting wage at McDonald's is not going to take care of a family of four. It was never intended to do that."

Little Rock city director and restaurant owner Capi Peck, who campaigned for the 2018 initiative, said that the hospitality industry continues to be wary of the minimum-wage increase.

She said that raising the minimum wage was simply the right thing to do, and she said that she'd support raising it to $12 per hour in the future.

"I think that consumers will see little price increases, especially at some of the big box chains and restaurants," Peck said. "Some restaurants are talking about making some staff adjustments, but I don't think it will put anyone out of business.

"I don't think we should have families struggling to make ends meet."

Bruno Showers, a senior policy analyst for Arkansas Advocates for Children and Families, said Monday that it was still to early to determine the full impact of Arkansas raising the minimum wage in 2019 to $9.25 per hour because median wage data lags a year behind.

However, Showers noted that there are positive signs in the employment numbers.

Showers added that 75 cents per hour, while small, was better than no raise at all.

"Raising the minimum wage is not a panacea to cure all of the economic ills in our state," he said. "It's just one bullet in the chamber."

Most Arkansas employers with four or more employees will be required to meet the new minimum, with some exemptions in agriculture, for commission-only workers, students in jobs-training programs and independent contractors.

There are some exemptions that employers can apply for if they hire full-time students, who under the sub-minimum-wage program may be paid $8.50 for 20 hours of work a week while in school and 40 hours when school is out of session. Only 15 employers are participating in that program, according to the state Labor Department.

Denise Oxley, general counsel for the Arkansas Department of Labor and Licensing, said Monday that the agency had been working with employers to implement the second-consecutive year of minimum-wage increases.

More than 40 cities have adopted minimum wages higher than their state minimum levels, according to the Economic Policy Institute. The Arkansas General Assembly in 2017 enacted a law that prevented municipalities from adopting such ordinances.