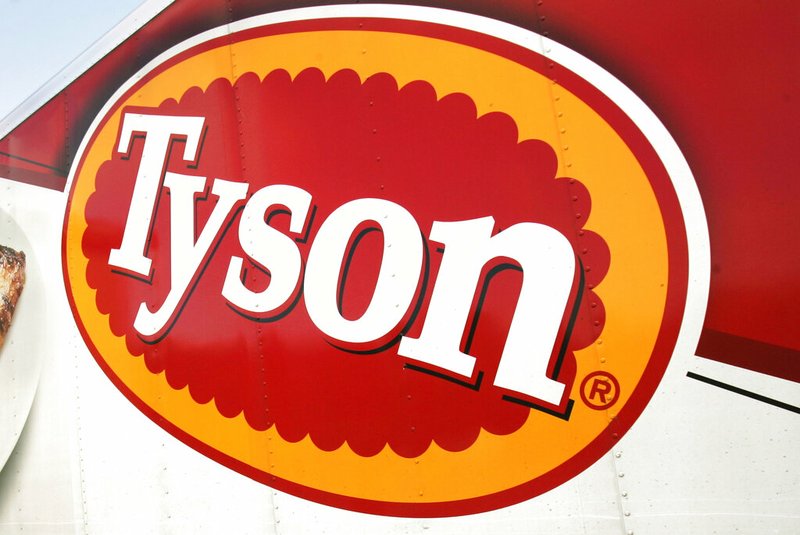 Demand for products that look, feel and taste like meat, poultry and cheese will likely continue to grow, Tyson Foods said this week. The company plans to develop its own similar protein products and they could be on store shelves as early as this year, said Noel White, the company's president and chief executive.

During Tyson's first-quarter earnings call Thursday morning, White said Tyson is using all its resources to make "great tasting protein alternatives that are more accessible for everyone."

After the shareholders meeting in Springdale, White underscored his earlier remarks.

"What I was talking about this morning was purely organic growth ourselves -- within Tyson," he said in an interview. After making small investments in the alternative protein space the past two years, White said that in the coming weeks, Tyson will announce what it has been working on.

"What I was signaling today is that it is coming," White said. "And we will do it in a significant way."

Efforts from Tyson to move in this direction come as more shoppers try to cut, or limit, meat from their diets. According to recent Nielsen data collected over the 52 weeks that ended in August, U.S. retail sales of plant-based foods have grown 17 percent to over $3.7 billion.

Reasons why shoppers are swapping meat for the plant-based option vary, but "more often than not, it's for health reasons," said Martin Thoma, principal of marketing agency Thoma Thoma. They also may have ethical, environmental, or sustainable reasons for choosing burgers made from soy and pea protein as opposed to the real thing, he said.

"Any forward-looking companies are going into those categories," Thoma said.

According to news reports and company announcements, 2019 is shaping up to be the year that startups and big businesses invest more in the alternative protein space. Impossible Foods is set to take its veggie burger to market in the coming months. Beyond Meat (which has a 5 percent investment stake from Tyson) plans to triple its production, expand its product portfolio and likely go public. Chobani, known for its Greek yogurts, moved its first dairy-free products to market last month. And Nestle plans to offer the plant-based Incredible Burger this spring.

"It's growing rapidly," White said about the sector compared with the beef, pork or poultry sectors. This is the way to think about it -- "It's not either, it's and. Flexitarian right? That's where the growth is at. There's a growing number of people that want to eat a product that they view as being healthier for them and it may be non-animal protein, it may be a blended protein."

He said it represents "about one-third of our earnings. So it's become a very meaningful portion of our business."

The company's growth strategy is to keep improving its prepared-foods business, followed by its international operations and its chicken, beef and pork businesses through acquisitions and mergers that offer stability for the enterprise, like the purchase of rendering business American Proteins Inc. for Tyson's chicken segment.

The past couple of months, Tyson has agreed to acquire Keystone Foods, a major chicken supplier to McDonald's, and some chicken operations in Thailand and Europe from a Brazilian company, BRF S.A. White declined to comment on the rumored reports from CNBC that Tyson is negotiating the purchase of Foster Farms for $2 billion. He said Tyson is taking a "very disciplined approach" to acquisitions and will be going to the bond market "very soon to finance Keystone and BRF."

The past two years, Tyson has also made venture capital investments in young startups that executives say "disrupt" the food market. Some are plant-based protein producer Beyond Meat, cell-based food producer Memphis Meats and most recently, MycoTechnology, a group that develops food ingredients from mushroom extract.

Ken Shea, a senior food and beverage analyst at Bloomberg Intelligence, said Tyson held a "seat at the table" with investments in startup companies, given its shareholder status, and now "they feel like they can do something at this point."

"This market has matured enough that they want to have an active participation," he said.

White did not provide specifics on whether Tyson was looking into lab-grown or plant-based protein products, but said customers can expect the products to hit shelves sooner rather than later.

"We have teams of people committed to bringing these products to market quickly," White said. "It's an area that we are investing in sizably and we will be in market this calendar year -- and maybe sooner than you think."