Ex-KARK anchor sets off to Africa 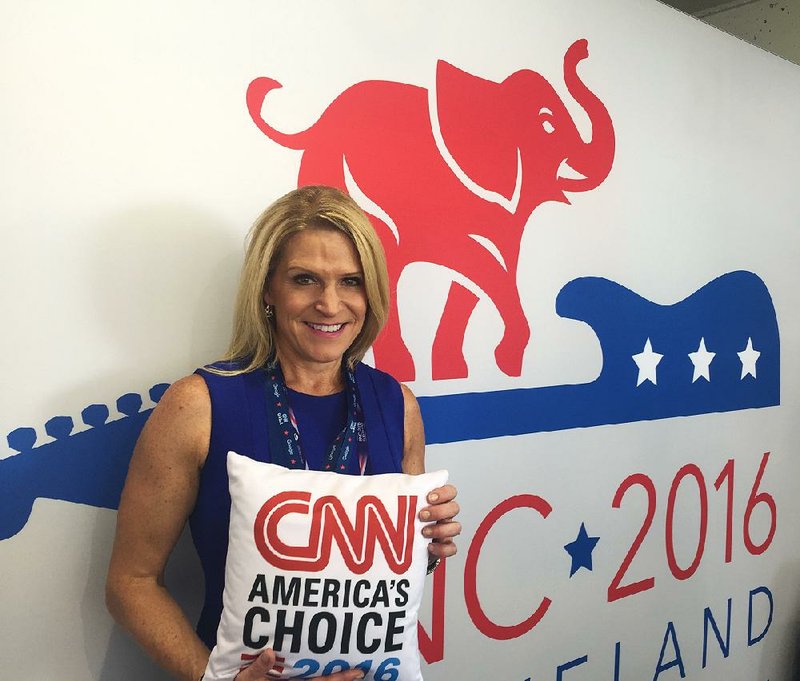 CNN political commentator and former Little Rock resident Alice Stewart may be scarce this week on cable television and she's got a good excuse: she'll be in Africa.

The former KARK-TV weekend news anchor and longtime aide to former Gov. Mike Huckabee is scheduled to leave today for Zambia. She's due to return on Feb. 17.

Stewart's trip is organized by the U.S. Global Leadership Coalition, which advocates for a "strong International Affairs Budget" and works "to make America's international affairs programs a keystone of U.S. foreign policy," its website states.

The organization claims more than 500 members from the business and nonprofit sectors, including at least two that are Arkansas-based: Walmart and Winrock International.

Originally, the itinerary included a stop in Kenya. That fell by the wayside after last month's terror attacks in Nairobi, she said.

Participants will learn about food insecurity and some of the top public health threats there. The group will also go on a one-day safari.

In December, Stewart worked with the Leadership Institute, a Virginia-based conservative group, to provide media training for young activists in St. Lucia. The program benefited members of the youth wing of the Caribbean Democratic Union, an "alliance of moderate and center-right political parties in the Caribbean region, upholding Democracy and the Rule of Law," the group's website states.

In November, she hopes to run the New York Marathon. Huckabee, her former boss, ran the race in 2006.

The 26.2-mile contest is on a lot of marathoners' bucket lists.

"But everyone says the crowd support at New York tops them all."