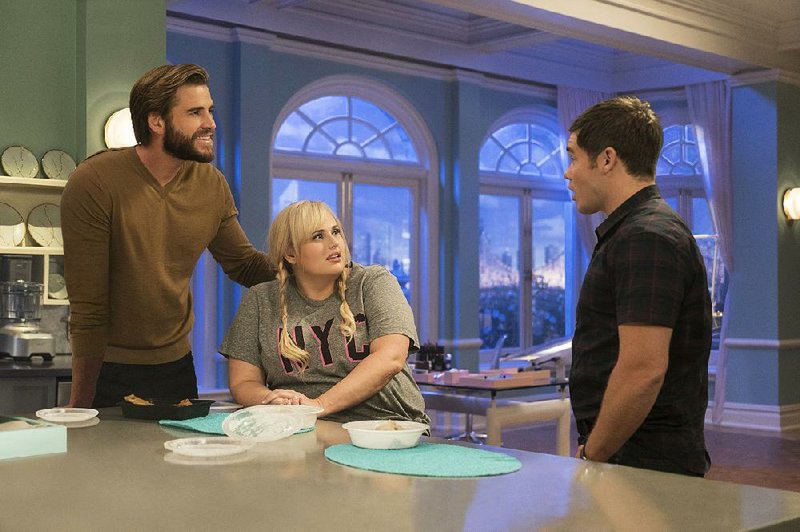 If you've seen one too many romantic comedies, sitting through another might seem like a sequel to Jean-Paul Sartre's No Exit. Or that's how it seems to a 30-something architect named Natalie (Rebel Wilson, Pitch Perfect).

Men who pass by Natalie on the streets of New York describe her physique as that of a "cement truck." Bearing little resemblance to rom com queen Julia Roberts, Natalie finds movies like Pretty Woman and The Wedding Singer more irritating than entertaining.

Rating: PG-13, for language, some sexual material, and a brief drug reference

It also bothers her that the women in those films spend more time backbiting each other instead of working together and that there always seems to be a flaming gay best friend who serves no purpose but to find the leading lady a mate. Somehow this friend's lover never shows up on camera or takes up any time in the man's life.

Natalie is also bothered by how love and the world it inhabits become so sanitized that it's a wonder that babies are born. In many rom coms, sex is a topic of discussion, not something any of the characters experience, at least while the cameras are rolling.

Todd Strauss-Schulson, the director, and a trio of screenwriters (Erin Cardillo, Dana Fox and Katie Silberman) seem to share Natalie's gripes while retaining a bit of fondness for the movies they skewer. While Isn't It Romantic is just shy of 90 minutes, it would get old long before the conclusion if there wasn't some affection to counter the bile.

Natalie winds up getting her own No Exit moment when she wakes up from a coma after being mugged. Her hospital is bright and cheery. All of her doctors are tall and could have walked off the pages of clothing ads. In addition, the shy Natalie finds herself becoming the center of attention for every man she encounters, including the hunky billionaire client (Liam Hemsworth) of her architecture firm.

The weed dealer (Brandon Scott Jones) next door is now following her and preparing her for a series of dream dates. (If he wore an "I Am Gay" button on his lapel, he'd be less stereotypically homosexual.) Her pal Whitney (Betty Gilpin) at the office is now scheming against her (for no discernible reason), and Natalie finds herself competing for her buddy Josh's (Adam Devine) regard against a supermodel-yoga ambassador (Priyanka Chopra).

The frustration is enough to make her miss a time when people didn't instantly burst into song and when New York had its familiar open sewer aroma. Oh, and when she gets angry about her situation, loud noises drown out every word that could endanger a PG-13 rating.

Strauss-Schulson creates an amusing, candy-colored hell, but his pacing seems a little off. The "spontaneous" musical numbers start out funny but run out of gas quickly. Thankfully, Wilson proves that she has more to offer than ribald wisecracks. She has never been asked to play vulnerable before and handles Natalie's insecurities beautifully. Jennifer Saunders (Absolutely Fabulous) has a great cameo as Natalie's cynical mother, but her screen time is all too brief, and she and Wilson don't get to share screen time.

That said, the filmmakers rightly call out their peers for creating worlds where women can't be allies and where less than ideal men and women can't be likable. It's easier to leave a theater happy if we can look the characters onscreen in the eye instead of hurting our necks from looking up at them.

Donny (Brandon Scott Jones) is an eye-rolling gay best friend who flips the rom-com archetype on its head in Isn’t It Romantic.