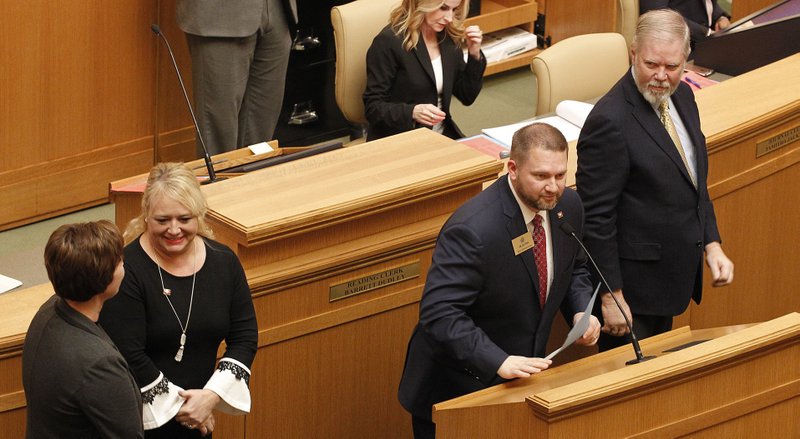 State Rep. Jim Dotson, R-Bentonville, says he has a good reason for why he collected the largest amount of per diem, mileage and other expense payments among state lawmakers last year: $40,379.

"I am one of the most active legislators here, and I live one of the further distances away," he said.

He was reimbursed at the rate of 54.5 cents per mile based on a 428-mile round trip to the Capitol in Little Rock and back home, according to House records.

"You combine that with the fact I was co-chair of the ALC [Arkansas Legislative Council], so I was here every month, every day of ALC," said Dotson, who is also a Realtor. As a co-chairman of the council, he also was an ex-officio member of each of the council's subcommittees. He also served on the Tax Reform and Relief Legislative Task Force.

"I am an all-time legislator and full-time Realtor," Dotson said. "I am on the clock as a legislator all the time. With technology today, there is no time you are not a legislator. How much it consumes my focus just depends on the week."

On the other side of the state Capitol, Sen. Trent Garner, R-El Dorado, collected the second-largest amount of expenses among lawmakers last year: $35,821.

"I try to come up here as much as I can to make sure I am attuned to the meetings that happen, to make sure that we follow the rules and regs, and hold the government accountable to the people of Arkansas," he said.

Garner was reimbursed 54.5 cents a mile last year based on a 247-mile round trip to the Capitol and back home, according to Senate records.

"I stay very active in coming up here and make sure that I am actually doing the job that the people hired me to do and earning the salary that they pay me and also try to network outside the state" by attending legislative conferences, said Garner, who also is an attorney.

"I have reached out to SLC [Southern Legislative Conference] staff on robocalls. I am going to have a bill package very soon to address that," he said.

"I hate getting the calls, and that's the one thing I hear over and over again from people. I think if this legislative package passes, we'll have something in place that will greatly help reduce the number of robocalls people get," he said. Among other things, the bills would increase penalties against people and companies making these calls, and allow telecommunications providers to block certain calls, he said.

The expense payments paid to Dotson, Garner and other lawmakers are in addition to their state salaries.

In May, the state's Independent Citizens Commission -- which sets salaries for state elected officials -- voted to increase lawmakers' salaries by 3 percent. Those salaries increased from $40,188 to $41,393 a year, and the salaries of the House speaker and Senate president pro tempore increased from $45,900 to $47,277 a year, effective May 26, 2018.

Last year was the third full calendar year since the seven-member Independent Citizens Commission -- created under constitutional Amendment 94, approved by voters in November 2014 -- boosted the salaries of representatives and senators from $15,869 a year to $39,400 a year and those of the speaker and president pro tempore from $17,771 to $45,000, effective March 29, 2015. Before Amendment 94, the Legislature set the salaries of the state's elected officials.

In exchange for the pay raises, the Legislature enacted a bill in March 2015 to eliminate lawmakers' eligibility to receive up to $14,400 a year in certain office-related expenses.

"The additional expenses that you were eligible for and you are not now, it is basically part of salary, so it's a lot less headache than the first couple of years I was here," said Dotson, who has served in the House since 2013.

Lawmakers come to Little Rock to attend monthly committee meetings between sessions and to participate in the sessions themselves.

By comparison, in 2018, the Legislature met in a 29-day fiscal session and then met in a three-day special session called by Hutchinson to consider a number of issues, including regulating pharmacy benefit managers, expanding a state tax break to use college savings plans for kindergarten-through-12th-grade expenses and changing the state's open-container law to avoid losing $12 million in federal highway funds.

In 2008, voters amended the state constitution to hold fiscal sessions in even-numbered years. The first fiscal session was held in 2010.

The expenses dropped sharply after 2010 largely because of a reduction in office-related reimbursements after the April 2012 settlement of a lawsuit that challenged the Legislature's system of covering expenses.

The per diem paid to lawmakers who live more than 50 miles from the Capitol was $155 per day from January 2018 until Oct. 1, before it dipped to $149 per day, said Sherri Stacks, the House's chief clerk and fiscal officer.

The lawmakers were paid mileage at a rate of 54.5 cents a mile last year, Stacks said. 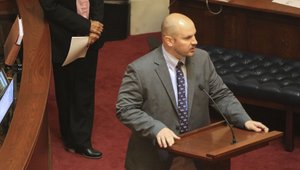 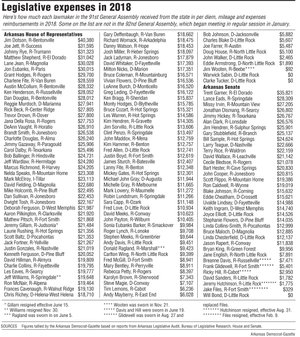 Information about Legislative expenses in 2018.