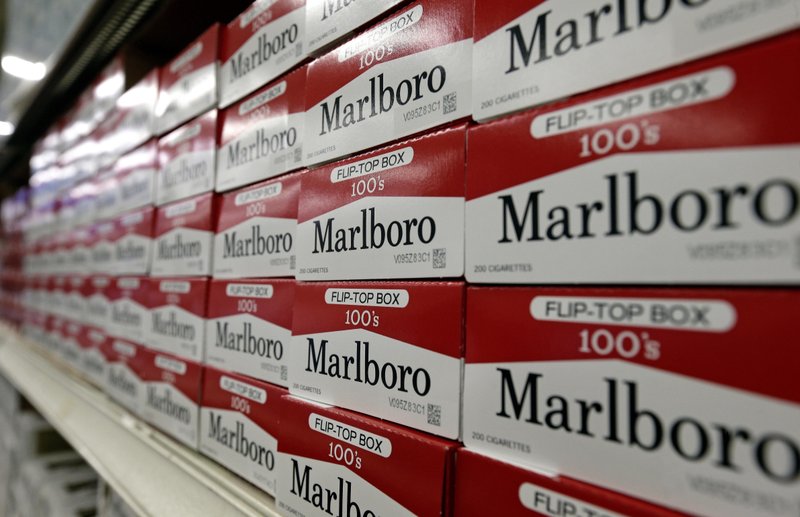 A House committee Wednesday advanced a measure to raise the minimum age to buy tobacco and similar products in Arkansas from 18 to 21.

House Bill 1519 by Rep. Lee Johnson, R-Greenwood, would allow only those over 21 to purchase tobacco, vapor, alternative nicotine or e-liquid products in Arkansas unless they have military IDs.

If the bill becomes law, it would make Arkansas the eighth state to raise the minimum tobacco age. Two cities in the state -- Harrison and Helena-West Helena -- have already raised the tobacco-buying age to 21.

Johnson, who is a doctor, and state Surgeon General Gregory Bledsoe told the House Rules Committee on Wednesday that the age shift would have a positive impact on Arkansans' collective health for decades to come.

They said people are most susceptible to nicotine addiction if they're first introduced to the product as teenagers and young adults.

"It's a lot less expensive and a lot more effective to put a fence at the top of a hill than it is to put an ambulance at the bottom of the hill," Bledsoe said. "What this bill does is it puts a fence, so that we can have some prevention before the problem begins."

HB1519 is one of a handful of measures aimed at further restricting or taxing tobacco and similar products' use in Arkansas this legislative session.

The House Rules Committee passed the bill on a unanimous voice vote Wednesday, and the measure next moves to the House floor for consideration.

Members on Wednesday heard testimony from a school superintendent and three high school students supporting the bill because of the prevalence of electronic cigarettes -- commonly called vaping -- in middle and high schools. E-cigarettes simulate regular cigarettes by heating and vaporizing a liquid that is inhaled. Typically, e-cigarettes contain nicotine and varying degrees of other chemicals, which have been linked to cancer, heart disease and other chronic illnesses.

Cabot Public Schools Superintendent Tony Thurman said his district has confiscated vaping devices from students as young as fifth grade, and the devices are even more common in higher grades.

"It's happening in every school district in Arkansas," Thurman said, adding that the district has had to call for ambulances in three instances when students and a teacher had adverse reactions to e-cigarettes.

The three high school students testified that the devices have become ubiquitous at school, and that many students begin vaping immediately after waking up in the morning.

Abigail Davis, a high school senior from Little Rock, said many of her classmates are vaping at all hours of the day "because it's so addictive."

"Please vote yes for this bill because people my age and even all the way to middle-schoolers, they don't need as easy access as they're already getting to vapes right now," she said.

No one spoke against the bill.

Johnson said in an interview that tobacco and e-cigarette use carry inherent health risks. While the long-term health ramifications of tobacco use are well-documented, the harm caused by vaping is less clear, he said.

"We're creating nicotine addicts with either modality whether you're getting nicotine through traditional tobacco products or e-cigarettes," Johnson said. "We have a pretty good idea [vaping] causes lung damage, but they haven't been doing it long enough to see what it will look like at age 50 or 60. We may not know for about a decade."

A spokesman for the state Department of Finance and Administration said the agency had not determined how the bill would affect state tax receipts from the products affected by HB1519.

Johnson said the best national data indicate that 18- to 25-year-olds make up about 2 percent of all tobacco users, so the hit to state revenue would be minimal. He added that any revenue hits would be more than made up on the back end by savings in health care costs stemming from fewer tobacco and e-cigarette users.

He said he included an exemption for members of the military because the minimum tobacco buying age in most states is 18, and he said it would put young soldiers transferred to Arkansas in an unfair situation of not having access to tobacco products after having already developed an addiction.