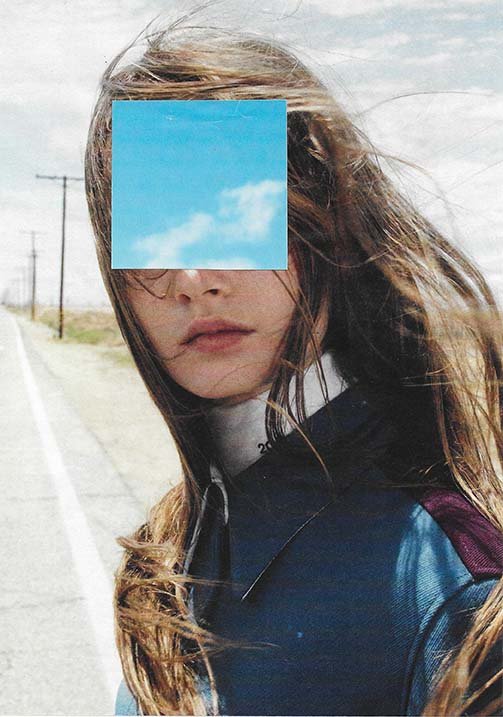 HOT SPRINGS — Works by three artists from the Tri-Lakes Edition coverage area have been accepted into the 2019 Small Works on Paper touring exhibition. Jeri Hillis, Richard Stephens and Shirley Tipton, all of Hot Springs, are among the 37 artists selected for the show.

The exhibition will open Saturday at the Arts and Science Center for Southeast Arkansas, 701 S. Main St. in Pine Bluff, where it will remain through Jan. 26. The show will then travel to various parts of the state. The public is invited to the free opening reception from 1-3 p.m. Saturday.

Small Works on Paper is a juried visual-art exhibition sponsored by the Arkansas Arts Council that showcases artwork no larger than 18 by 24 inches. The work is by Arkansas artists who are members of the Arkansas Artist Registry, an online gallery. The exhibition features new and established artists and offers those artists the opportunity to have their work seen by patrons all over the state.

Hillis’ work chosen for the show is a collage she titled Blue Sky Series 3.

“I am thrilled to have been juried into the 32nd annual Small Works on Paper exhibition,” Hillis said.

“This is my second work to be accepted. A butterfly watercolor/collage was awarded a purchase prize in 2008,” she said.

“The collages titled Blue Sky Series are my most recent works,” Hillis said. “These new collages use an important motif of my work — that of the blue sky. I am shaped by place, landscape and of the presence of the sky, of people and the structural and ephemeral history that surround us. I use materials that trace memory and truth.

“I am known for my other collage works with watercolors of butterflies and moths that flit among marks of graphite line, black-ink brush strokes above stamps and discarded scraps of paper, ethereal in a moment witnessing passage of time and continuing a storytelling.”

Hillis works as a professional artist, a teaching artist and an Artist in Education with the Arkansas Arts Council’s Artist Registry. She also works with the Arkansas Learning Through the Arts program to enhance the arts curriculum in the Hot Springs School District with ceramic workshops for third- and fourth-graders. She regularly teaches after-school programs and adult classes at the nonprofit arts organization Emergent Arts in Hot Springs.

Hillis received a Bachelor of Arts degree from Hampshire College in Amherst, Massachusetts, in 1985 and continued with graduate studies in printmaking at the Cranbrook Academy of Art in Bloomfield Hills, Michigan.

Her work has been exhibited in solo and group shows in museums and galleries in France, Puerto Rico, Dominican Republic, Haiti, the Netherlands Antilles, Connecticut, Massachusetts, Michigan, Arkansas and the U.S. Virgin Islands. Prior to moving to Hot Springs National Park in 2005, she lived on St. Croix in the U.S. Virgin Islands for 15 years, where she custom hand-painted ceramic tiles for kitchens and baths.

Hillis’ architectural paintings were featured at the Fine Arts Center of Hot Springs in October 2011 in a solo exhibition titled This Is Not a Window. This Is Not a Door. She was juried into the 53rd annual Delta Exhibition at the Arkansas Arts Center in Little Rock in 2010-2011 and was also invited by the Arkansas Arts Council to exhibit at the Historic Arkansas Museum Trinity Gallery in Little Rock in the exhibit Thresholds: Landscape, Memory and Architecture in 2008-2009.

She is currently exhibiting a lithograph print in the Arkansas Society of Printmakers exhibit Limited Editions at the Landmark Building in Hot Springs, a Henderson State University and Hot Springs Academic Initiative.

Stephens’ work in the SWOP exhibit is a watercolor he titled Piano Player.

“The annual Arkansas Arts Council Small Works on Paper is always a very competitive show, and I have been fortunate to be juried in a few times over the years,” he said.

“My entry this year was a smaller version of a painting I did years ago of Mr. John Puckett, a musical icon here in Hot Springs,” Stephens said.

“Mr. Puckett was beloved both as a teacher and a performer. Years ago, he was playing at Sunday Brunch at the Arlington Hotel, another Hot Springs tradition. The light in the room was wonderful, and I asked Mr. Puckett if I could photograph him. He graciously said I could,” Stephens said.

“The original painting won several awards for me, and now this version has made it into Small Works. I think I made a good choice of subject matter,” he said.”

“Mr. Puckett passed away in 2017,” Stephens said. “I had given him and his wife a print of the original painting … was so glad I did.

“This year, 2019, is going to be a busy year for me, as I have 13 watercolor workshops scheduled all over the country, including two in Florida … starting with Key West in February … poor me,” he said, laughing.

Stephens is a native of Hot Springs. Following high school graduation from Hot Springs High School, he attended the University of Central Arkansas in Conway and earned a bachelor’s degree in art in 1969. After college, he completed six years with the Arkansas Army Reserve, serving as an illustrator and medical-education graphic designer for teaching purposes. He began his professional career in 1971 with a graphic-design firm in Little Rock, and three years later, he opened his own graphic-design studio in Hot Springs. After 40 years, he continues to provide design and production services for commercial accounts and to make art from his home studio. He spends many months of the year conducting watercolor workshops across the country.

Stephens’ works have won national awards. He is a Diamond Signature member of the Mid-Southern Watercolorists. Most recently, he received the Individual Artist Award in the Arkansas Arts Council’s 2018 Governor’s Arts Award program.

Tipton’s work in the SWOP is a mixed-media piece titled Self Portrait in Neutral Tones.

“Self Portrait in Neutral Tones is a purposeful study in a series of watercolor self-portraits created just for the Small Works on Paper 2019 exhibit,” Tipton said.

“I am very excited and honored to be accepted into this exhibition. This is my first attempt to get into this show. I have spent many years submitting to other venues and not getting accepted. I have also studied how jurors respond to pieces. I realized that ‘expression’ is key to getting their attention,” she said.

“Therefore, I set about creating a series of expressive pieces. These pieces were expressive in color, mark making and figure. I purposefully worked loose and simple, yet I carefully studied my features to capture an inner softness in my facial expression. So I attempted three different artistic expressions in each of the four works: expressive mark making, expressive color and facial expression,” Tipton said.

“I submitted three of these self-portraits, and the Neutral Tones was accepted. It is not my favorite in the series, but I do think it was the best attempt at expressionism. I set out to get the juror’s attention according to the rules of fine art and believe I have succeeded,” she said.

“I am a 49-year-old grandmother, mother of three and wife,” Tipton said. “I originally lived in Bigelow, where I raised my children while working office jobs in Little Rock until my 30s.

“In 2000, I entered the University of Arkansas Community College at Morrilton, where I studied for my general education Associate Degree. I was encouraged to take my raw untrained talent to UCA for a Bachelor of Arts degree in art education. I earned that degree in 2006.”

She also has a Master of Science in Education degree from Henderson State University in Arkadelphia and is a licensed K-12 art teacher.

“I had always been an artist, just did not pursue it as a primary source of support. Once I earned my degree, I got an art teaching job in Horatio. I spent nine wonderful years teaching secondary art at that school,” she said.

“In 2015, I made the tough decision to move back closer to home and my children. I transferred from Horatio to Hot Springs World Class High School in 2015. I am currently teaching the advanced visual-arts program to prepare college-bound art students at Hot Springs,” Tipton said.

“I am active with the art culture of downtown Hot Springs. My entire life has had art involved somehow. My mother and her father were artists, but they did not show, compete or otherwise use it for anything other than a hobby. My older sister and a cousin did use it but did not obtain any degrees for it,” Tipton said.

“I am the first in my family to go to college for art and actually grow the talent into a usable resource. I have competed in shows locally since 2009 and won my first Best in Show in 2015. To finally get accepted into a regional show like Small Works on Paper is just another huge step toward validation of a God-given gift that I have believed in my entire life,” she said.

“I will most definitely attend the Small Works on Paper exhibition,” Tipton said. “I asked my former college professors if this show is a big deal for an artist. They were so proud of me and told me this is a very big deal.

“It doesn’t feel real that I have reached this milestone in my artistic career. I am most honored and beyond excited to be a part of Small Works on Paper 2019.”

Following the close of the show in Pine Bluff, the Small Works on Paper exhibit will travel to the following places during the year:

• Feb. 5-25 — The University of Arkansas at Monticello, Taylor Library.

• May 1-30 — The University of Arkansas at Fayetteville, Mullins Library.

For more information about Small Works on Paper, contact Cheri Leffew at (501) 324-9767 or cheri.leffew@arkansas.gov. Information is also available at arkansasarts.org.