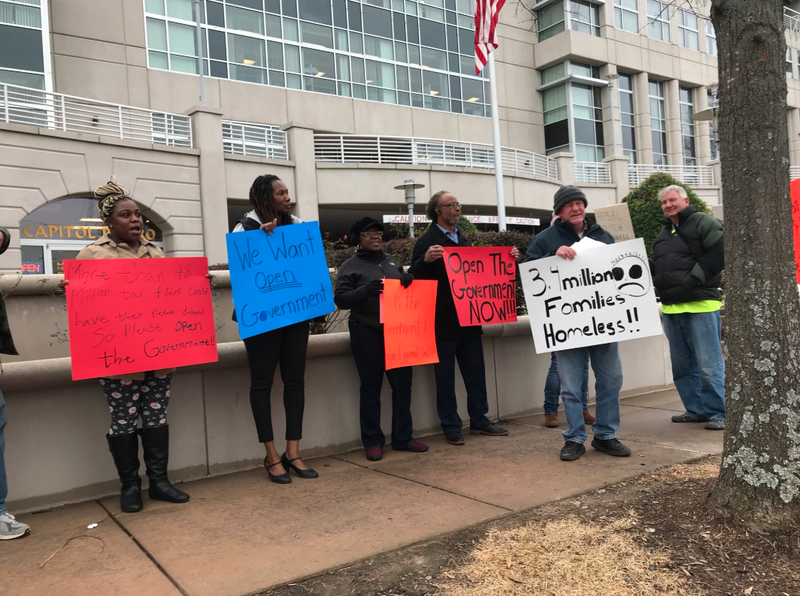 Nearly 20 Arkansans went to the Little Rock offices of U.S. Sens. Tom Cotton and John Boozman on Friday to protest the government shutdown and its effects on public housing.

"This whole government shutdown is a disaster," said Neil Sealy, an advocate with Arkansas Community Organizations. The group, which advocates for the rights of renters and people who have low incomes, organized the event.

The partial government shutdown, which began Dec. 22, is tied for the longest in U.S. history. It sprung from a debate over funding for a wall along the border between the United States and Mexico. The Department of Housing and Urban Development, which funds local housing authorities, is not operating.

From December to February, contracts are set to expire on project-based Section 8 for more than 20 apartment complexes. At least four expired since the December shutdown, according to data obtained from Arkansas Community Organizations.

Protesters told staff at the congressmen's offices they fear that they or their loved ones could be faced with eviction or having to pay full rent. They also spoke of their need for government assistance in buying food and family members who work for the federal government and will miss paychecks if the shutdown continues.

"Security means four walls and a roof," they chanted outside the Victory Building on Capitol Avenue.