Sous vide is an innovative way to cook. 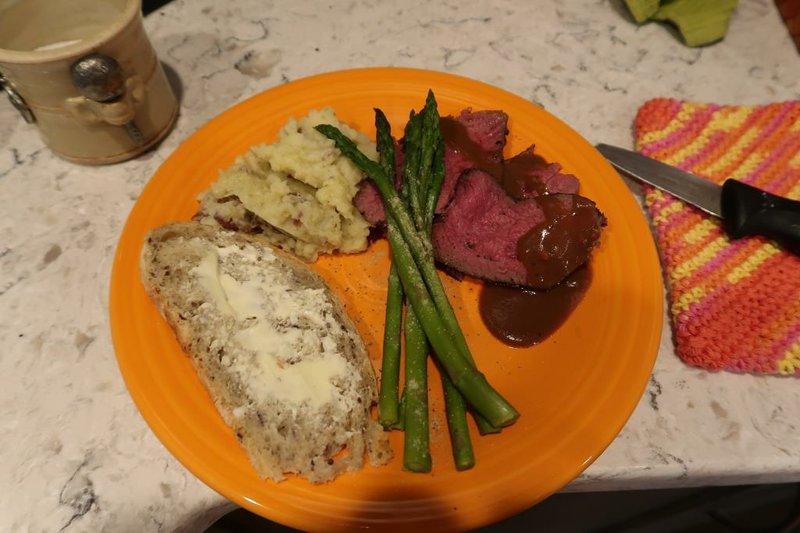 Today, January 26 is International Sous Vide day. Sous Vide is French for “under vacuum”. It is a unique cooking technique in which you vacuum seal food and slow cook it in water at a constant temperature. 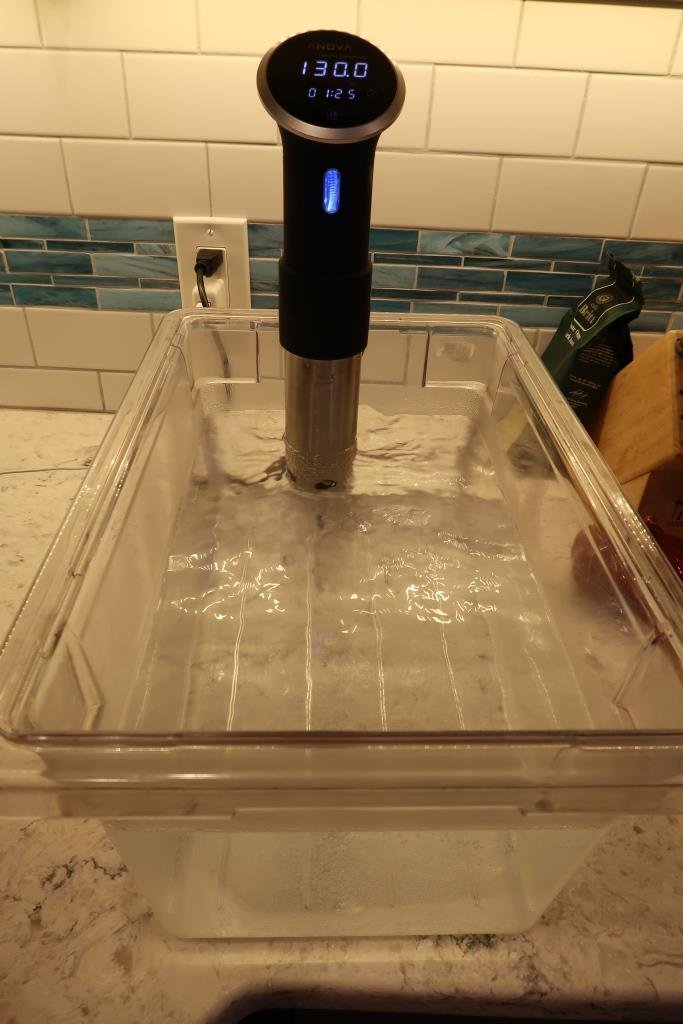 Dr. Bruno Goussault is considered the father of the modern day sous vide, but I was first introduced to this method of cooking via the Food Network and other cooking shows. I love to cook, and I think I have become a better cook because of the Food Network. The Food Network got popular about the time my son was in Junior High and he and I would stay up and watch Emeril every night from 10-11 p.m. We started experimenting with some of the foods we saw on tv, and the techniques.

We took family vacations every year and my rule was that you could not eat anywhere on vacation that you could eat at home--which ruled out all fast food restaurants and most chain restaurants. We tried to eat local. At least one night we would splurge and eat some place really nice--we have eaten at quite a few Emeril restaurants, and had some pretty fantastic meals. I think a big part of this scenario is why our son went to culinary school and is today a chef. We all like good food and we like to cook.

Every year for Christmas, I usually get a new cooking gadget or food related item. I have gotten sushi kits, several pasta machines, stick blenders, molecular gastronomy kits, cheese making kits, and others. But my favorite was the sous vide machine. I got my first one about 5 or 6 years ago and have made some wonderful dishes. I typically use it 10 or 12 times a year, sometimes a bit more often. This year, I gave my son a sous vide and he has gone crazy with it. He uses it multiple times a week, which has inspired me to use it more. So far this January, I have used it 6 times already. While I have done poached eggs in the past, the typical use for me is meats--pork is wonderful and my pork chops last week were amazing. I have also used it for pork tenderloin, fish, chicken, steaks, and tonight a cheap cut of beef--rump roast. We like our meat fairly rare, so you can take a cheaper cut of meat, season it and seal it up and cook it slow--in this case 28 hours. 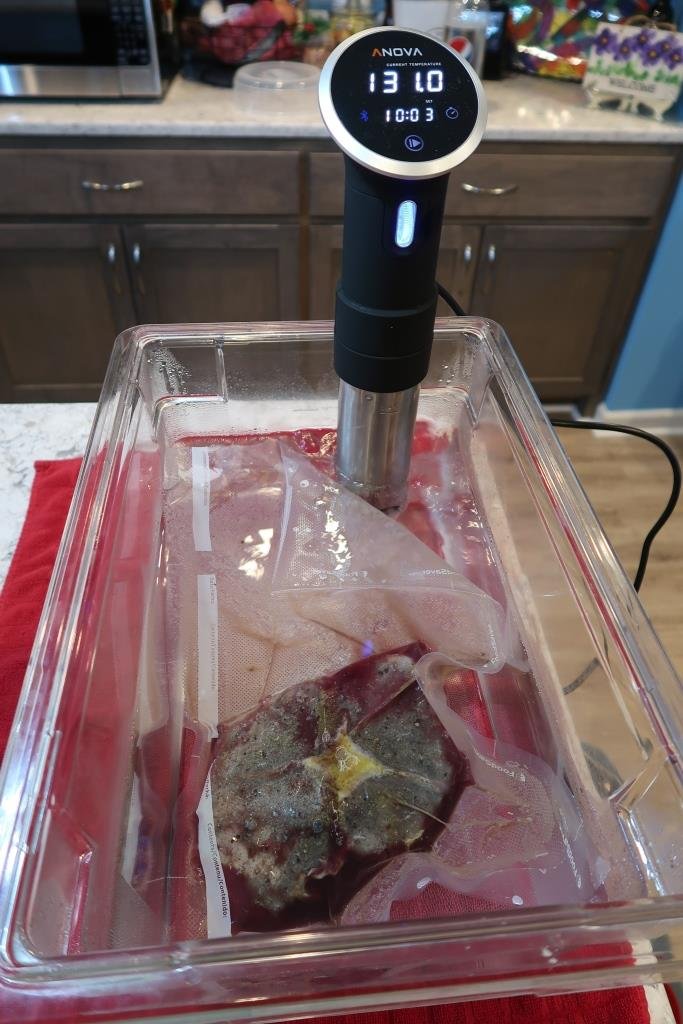 Then I took out the juice to make a gravy, seared the meat 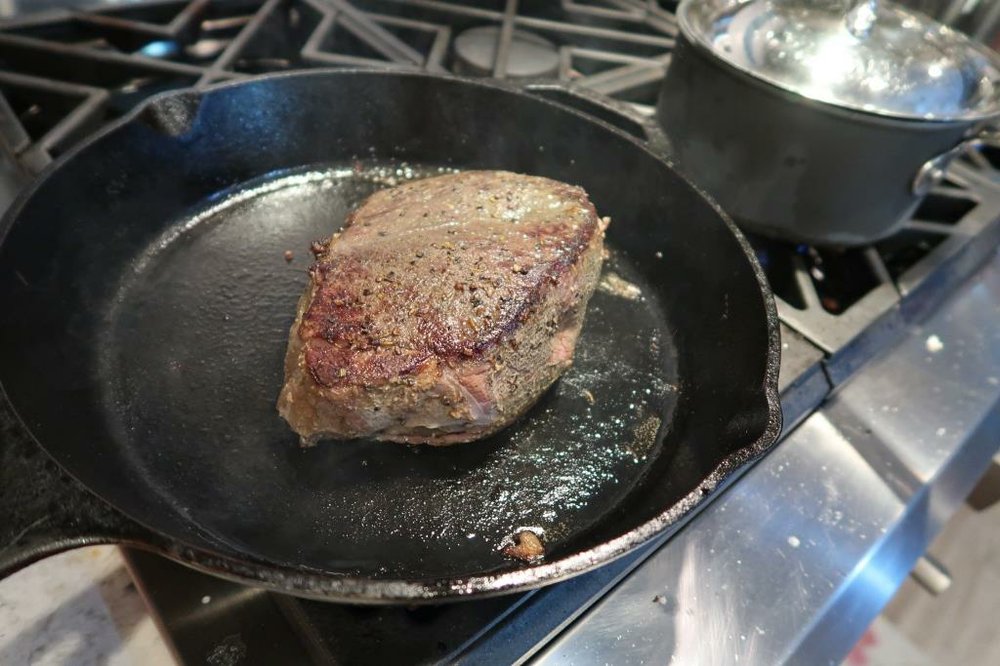 and then sliced it and served it. What could have been a tough cut unless it was braised low and slow and well done, was juicy, tender and mid-rare. 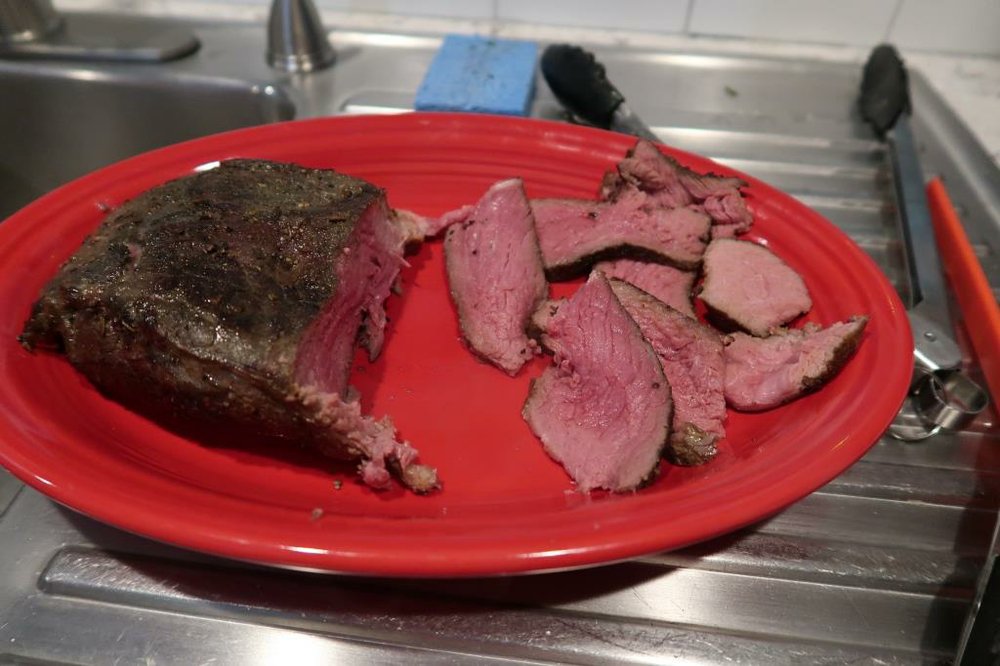 That with a little garlic, parsnip/mashed potatoes and steamed asparagus made for a tasty meal. 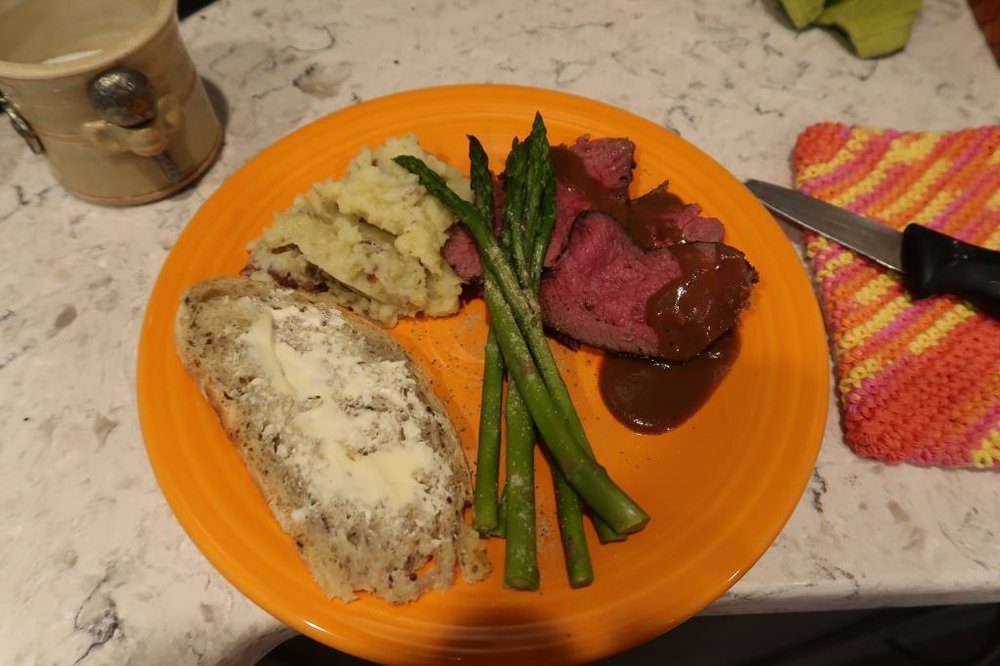 When the sous vide machines first came out they were very expensive, but today the cost is quite reasonable. You can buy them on sale for less than $100. I had a recent dinner party and one guest thought I was cooking hydroponically! Maybe a similar concept, but not quite the same. Not only is the food tasty, but clean up is a breeze. You throw away the bag.