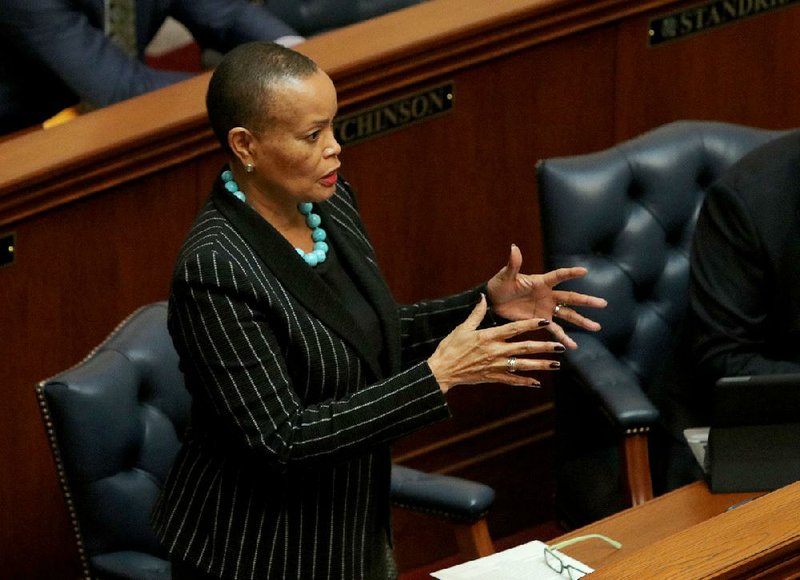 Things got heated Wednesday as state senators discussed a bill that would change the funding method for secondary vocational centers.

Under current law, the vocational centers are funded under a simple formula -- the previous year's number of students is multiplied by $3,250.

Senate Bill 135, co-sponsored by Sen. Kim Hammer, R-Benton, would have the funding decided in a tiered structure, to be determined by the Department of Career Education and its board after taking into account the needs of industry, the region and the state.

In answer to a question from Sen. Linda Chesterfield, D-Little Rock, as to how the proposed funding method was derived under SB135, Hammer said the designations were not based on emotions.

"The numbers are driven by the data and not by emotions, but the reality of the facts of the research," Hammer said during the Senate Education Committee meeting. "So when the numbers come back, the one point I want to express is they are not arrived at through a process that has not either been driven by data or what research has proven and has shown."

Chesterfield said the request for more concrete information was not an emotional one, but an "objective one."

"We don't have the luxury, in this committee, of acting on emotions," Chesterfield said. "It is our responsibility to act on facts."

To her right, Sen. Joyce Elliott, D-Little Rock, leaned forward and said, out of the reach of the microphone, "Emotions?"

Moments later, Elliott turned on her mic, faced Hammer and said that perhaps he didn't mean offense by his statement, but it is often repeated when women ask questions.

"We've got three women around this table. And it's only when women ask questions that we get the word 'emotion' into the discussion," Elliott said. "That is a knee-jerk thing to which I think every man -- principally it comes from men. And I would not say this in a public arena if we had not talked about emotion in this arena."

She paused briefly, then resumed speaking.

"I am not here as an emotional vessel. I'm here to make decisions based on data like anybody else," Elliott said. "The other thing about it is women are not required to be men to be believable and to be recognized and have their questions valued.

"Sen. Chesterfield and I are not here as emotional vessels, and I want you to remember that," she added. "Just please try not to ever do it again."

Hammer said his comment was about the funding method in general and not aimed toward any lawmaker or person.

"The reason I used the word 'emotionally' was because in my mind as I use that word, when you go to touching people's money; when you go to changing programs and systems, you can't have a conversation without being emotional," Hammer said. "I'm emotional. You're emotional. It was not given to one gender, one sex, one race. It was given by God.

"I think that we need emotions interjected into conversations. So for it to be taken into the context it was directed towards you as a female senator or any other female in this room, that was not the intent."

Hammer again expressed the need to have a "rational approach" to dealing with data.

Elliott told Hammer she appreciated his words but asked why there was "a need to even make that statement."

"I think it's a balance of what we need. I don't discount emotion," Elliott said. "I appreciate what you said, but the other thing I want you to know is it's not just you. This is something women put up with all the time. This is not just you."

The committee put SB135 -- sponsored by Hammer; Sen. Jane English, R-North Little Rock; and Rep. Bruce Cozart, R-Hot Springs -- on hold until more information on the dynamics of the proposed tier system and the financial impact of the bill could be presented. 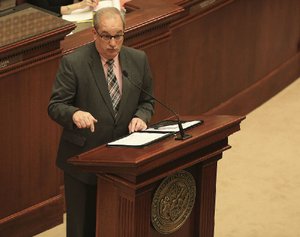