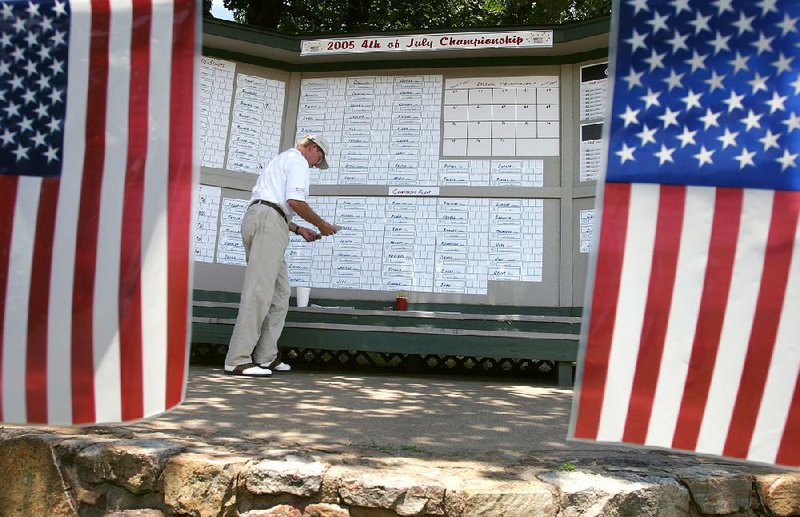 Rick Jenkins posts scores for the 2005 Fourth of July Classic at War Memorial Golf Course in Little Rock. With the city announcing plans to close the course, this will be the final year for the event, which began in 1937.

Golfers with multiple Fourth of July Classic titles include a PGA Tour winner, a pair of U.S. Senior Amateur champions, a farmer and the executive director of the Arkansas State Golf Association.

But the person who owns the most titles at War Memorial Golf Course's annual showcase tournament owns an insurance company.

Chris Jenkins, 49, has won the Fourth of July Classic 10 times, including the past five years. He'll get a chance to add his name to the winner's trophy a final time starting today in the 83rd annual championship.

Jenkins and the remainder of the field will be the last golfers to play at the course, which dates back to the 1930s, after the Little Rock city board approved in early June nearly $2.1 million in cuts to the city's budget. The decision led to Mayor Frank Scott Jr. accepting a recommendation from city staff on June 18 to cease operations at War Memorial and Hindman Park golf courses.

The end result will be the culmination of the Fourth of July Classic, with the annual awards ceremony taking place Sunday afternoon steps away from the 18th green of the course originally known as Fair Park Golf Course. 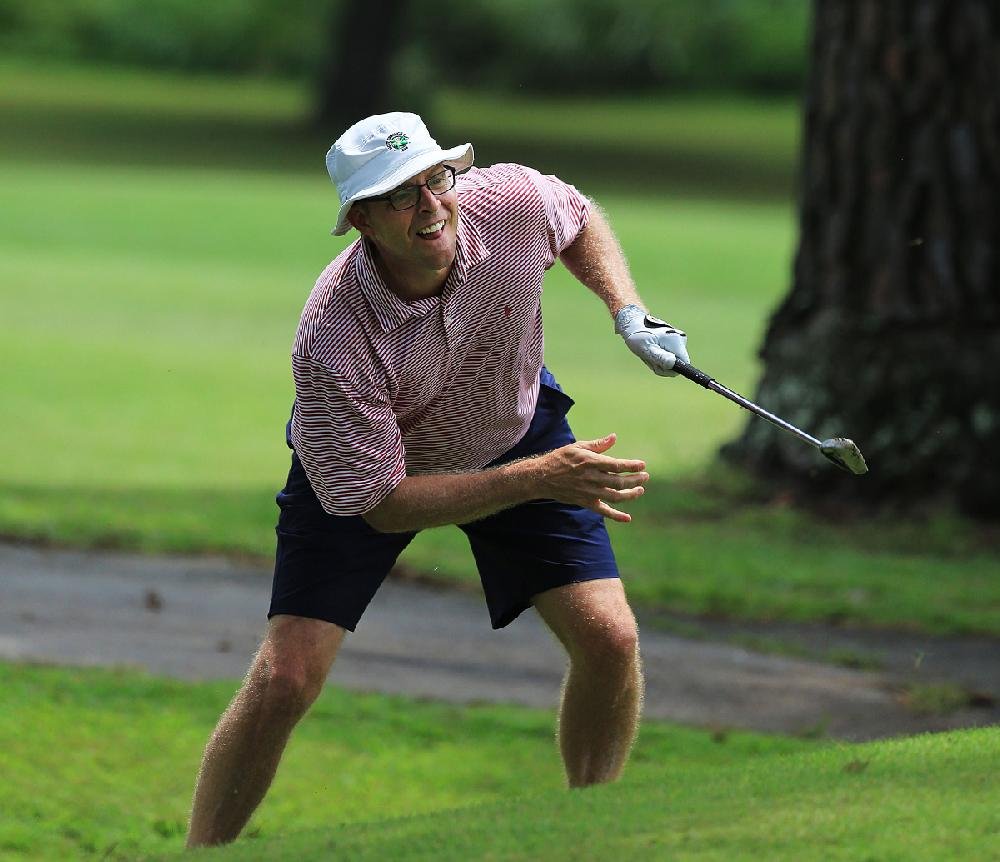 Little Rock’s Chris Jenkins, shown during the 2015 Fourth of July Classic, has won the event a record 10 times, including the past five. “War Memorial holds a special place for me,” he said.

"War Memorial holds a special place for me," Jenkins said. "I do understand the rationale for the city closing a course with no profitable revenue. My streak may end this year; I just look forward to getting a chance to playing in it one more time if it really is going to be the last one. I'm very glad they gave us a chance to play the tournament."

Jenkins said playing the course for 30-plus years has its advantages on the par-64 layout.

"I think the more you play a place, the more you figure it out," said Jenkins, whose brother Bruce won the tournament in 1980. "I've missed every place you could possibly miss. My short game always worked well. I've also been successful playing the back nine and closing out these tournaments."

Jenkins didn't need to rely on a back-nine charge while winning his second championship in 2001, when he shot a 56 in the final round to finish with a tournament-record 16-under 179 on the then-par-65 layout.

"In my life, I have played three or four great tournaments, and that was one," Jenkins said. "I remember every shot that day."

Fox, 60, said a golfer has to keep the ball in the middle of the fairway and green at War Memorial because it can bounce 90 degrees at any time. A great imagination and perseverance are also important, said Fox, who began playing the course his senior year at Bald Knob High School in 1976.

"Chris Jenkins has probably had such great success because he has great imagination and a great pair of hands," Fox said.

Jenkins had won four championships before winning it again in 2012. His reign was just a year after Stafford Gray won his only Fourth of July title by one stroke.

What made Gray's victory interesting was that he had left the course before the final groups had finished their round. While eating lunch with a friend, Gray was summoned back to the course for the trophy presentation with his 4-over 196. That total was 13 strokes higher than Jenkins' total the previous year.

PGA Tour winner Ken Duke (Henderson State) had a three-year championship run between 1991-93 before embarking on his professional career. Brothers Stan (1971-73) and Louis Lee (1978, 1979, 1981) have three Fourth of July championships. In 2007, Stan became the youngest winner of the U.S. Senior Amateur, just five days after turning 55. Louis defeated Stan in that prestigious tournament's quarterfinals in 2011 on his way to the title, with Stan serving as his caddie for the championship.

Wes McNulty, a farmer from White Hall, has won a handful of ASGA Player of the Year titles and also has double-digit wins in the state's major tournaments, the ASGA Amateur and Match-Play. He also has a pair of Fourth of July championships.

"There's a lot of history that goes with the Fourth of July tournament," Fox said. "There are a lot of past champions in our hall of fame."

"I'll be sad to see it go because of all the history before it," Jenkins said.

War Memorial facility supervisor Bobby Baker, 63, has served in his current role since 1997. A former University of Arkansas standout, Baker - a pretty good golfer in his own right - has seen many of the state's top golfers stroll around the course. The layout juts around University Avenue, Interstate 630, the Little Rock Zoo, War Memorial Stadium and along Markham Street, which borders the 18th hole and a tee shot that is one of the scariest for even advanced players to hit with a steady stream of traffic passing in both directions.

"Just the quality of champions indicates how important the tournament has been," Baker said. "It shows that champions can win on any type of course. We draw an outstanding list of players every year."

Baker, who said War Memorial just completed a big June after flooding closed Rebsamen Golf Course and heavy rains kept Hindman unplayable for a few days, said golfers are welcome to play the course for a final time Friday, but it will close when the tournament concludes Sunday.

"I think people are still coming out to play for nostalgic reasons," Baker said. "Me, personally, I will miss the people. As far as the course, I will miss the challenge, it's beauty, it's atmosphere."