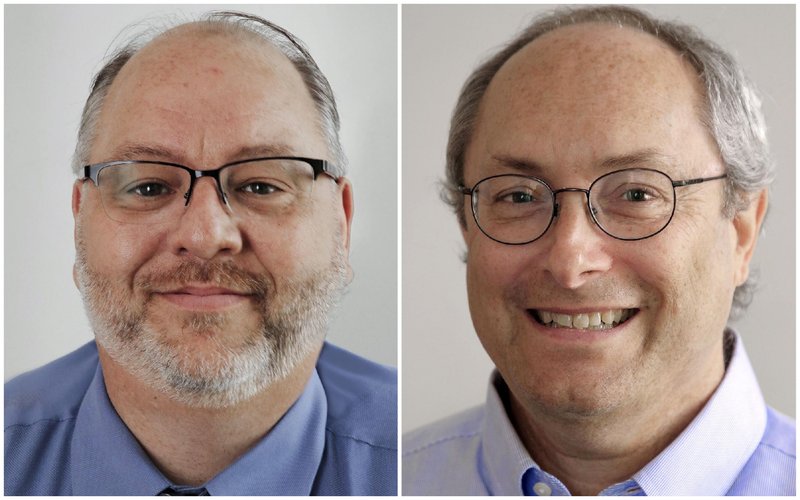 Managing Editor David Bailey said he made the change because city editor is a stressful position, and Shameer has served 5½ years in the job.

City editors are the nerve center of the newsroom, Bailey said. They have to make split-second decisions. "Sometimes it just chews them up," he said. "It is by far the most demanding job in a newsroom."

Bailey said it's a lateral move for Goff and Shameer. He said the two men have worked well together and will continue to do so.

Bailey said Shameer will get an opportunity to relax -- a little.

"He'll still make a lot of decisions, but he won't have to make them at the speed of light."

"Danny has been hands down the best city editor I've ever worked with, and I've been doing this a long, long time," said Bailey. "And I think Steve is going to be very good at it, too."

Goff was born and raised in Heber Springs. He graduated from the University of Central Arkansas in 1991 and started work at the Arkansas Democrat two weeks later.

He has been with the newspaper ever since. Goff spent 24 years working in the sports department, moving to Northwest Arkansas in 1998.

He returned to Little Rock in 2012, where he worked as assistant sports editor until becoming state editor in December 2015.

"I feel fortunate that I'm getting the opportunity to serve as the city editor, particularly at this time in our paper's history," Goff said. "We have a lot of things going on, a lot of exciting things with our digital transition."

"I've been lucky the last few years to be able to work alongside Danny," Goff said. "He has so much knowledge of the city and state.

Born in Tel Aviv, Shameer grew up in New York City and lived for a short while in Connecticut. He has an undergraduate degree from Southern Connecticut State College and a master's degree from Northwestern University.

Shameer said they called his undergrad school "Southern" for short.

"I knew I belonged in the South," he said. "So in 1988, I moved to Little Rock, joining the Arkansas Democrat."

He has remained in Arkansas ever since.

Shameer has been a reporter, assistant city editor, state editor and city editor at the newspaper, which became the Arkansas Democrat-Gazette in October 1991.

"I anticipate that I can spend more time working with reporters on stories as state editor than I could as city editor," Shameer said. "Being city editor is a great job, in part, because you're at the center of everything happening in the newsroom. But equally satisfying is working with a smaller group. Writing and storytelling drew me to journalism and, as state editor, I can concentrate more on that aspect."

"I know one thing that will not change about me, I will give my heart and soul for the paper," Shameer said.