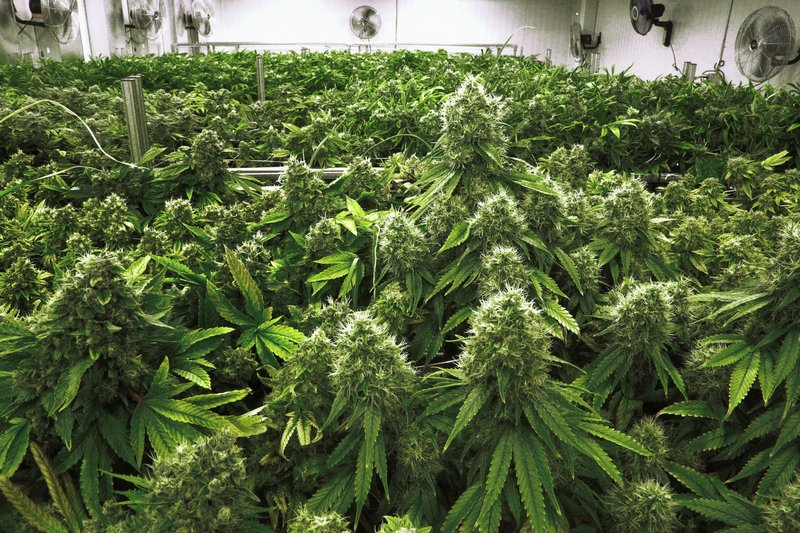 In this Sept. 15, 2015 file photo, marijuana plants are a few weeks away from harvest at a medical marijuana cultivation center. (AP Photo/Seth Perlman, File)

LITTLE ROCK — A group plans to begin gathering signatures soon to try and put a proposal to legalize recreational marijuana on the ballot in Arkansas next year.

The Drug Policy Education Group on Wednesday submitted a proposed constitutional amendment that would allow licensed dispensaries to sell marijuana for recreational use. Arkansas voters legalized medical marijuana in 2016 and dispensaries began selling the product in May.

The group also submitted a proposed amendment that would allow people convicted of low-level marijuana offenses to petition courts for relief, including release from incarceration and expungement of their conviction.

The group has until July 3, 2020, to gather the needed 89,151 signatures from registered voters to qualify for the November 2020 election ballot. The state Board of Election Commissioners must also review the ballot measure's wording.